As the first major music ceremony after the sad death of Prince, the Billboard Music Awards have unsurprisingly scheduled a tribute to the pop icon as part of the proceedings. The ceremony takes place next Monday, and organisers have announced that Madonna will be the one to do the honours with an “intimate” section in the show.

Madonna as a divisive artist is well known, with many of us torn between her astounding musical career and a kind of uncertainty towards her as a person, and the announcement that she will be the one to pay tribute to Prince has once more divided fans. So much so, that a petition on the increasingly infamous change.org sprung up, created by one Stacey Flygirrl Wilson, entitled “Stop Madonna from being the only artist tributing Prince during the Billboard Awards.” A somewhat cumbersome name, but it does get straight to the point.

“We cannot let Madonna be the main and only artist tributing Prince during the 2016 Billboard Awards. He is more than worthy of a better choice as a main performer. Please sign and share this petition so that we can get a proper tribute on May 22, 2016. Timing is tight! Spread the word.”

Having now reach 8000 signatures, a handful of comments suggest other suitable artists as Lenny Kravitz, Janelle Monae and Chaka Khan as more worthy of the honour. Occasional rivalry between Prince and Madonna over the years has added fuel to argument that she may not be the best representative. However, their personal friendship and professional collaborations probably outweigh any contention. 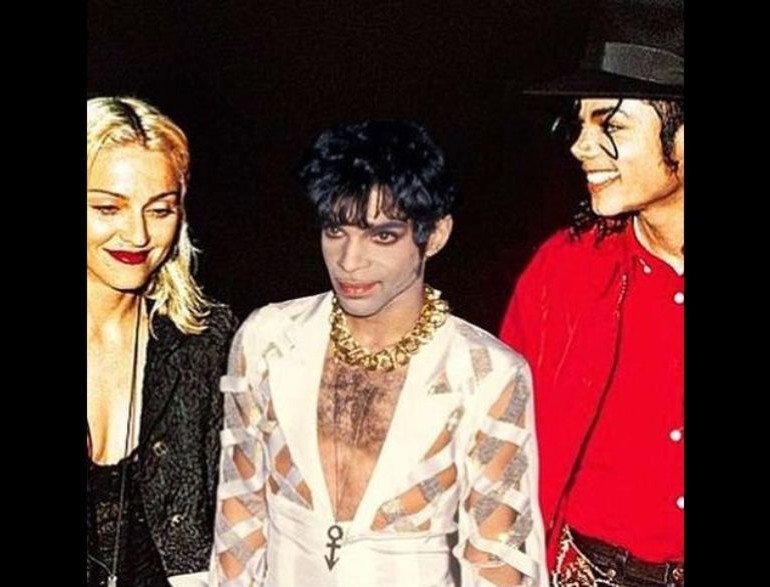 The Trinity. Image via Analitica

As yet, the style of Madonna’s tribute has not been revealed, but the executive producer of the awards ceremony, Mark Bracco, has stepped forward to defend the choice.

“Listen, I think everybody is entitled to their opinion and everyone can have their own opinion, but I will say that we are honoured and could not be more excited for Madonna to be on the show and to pay tribute to someone that was her friend and her peer and her colleague… I think it’s going to be fantastic.”

Other celebrities have also shown their support for Madonna, pointing out that she is the only survivor out of the 80’s pop trinity, that included Michael Jackson and Prince himself. And given that the other two are unfortunately deceased, there is really only one choice left. Madonna herself has weighed in on the issue, asking people not to “reign on my parade”.

Eight thousand Prince fans may not be happy, but given that we could estimate his fanbase to be around at least 372,000 – that’s a minimum of a further three hundred and sixty four thousand fans who are totally cool with Madonna. Somehow I don’t see Ms Wilson getting her way.