She is one of the most prolific singer-songwriters of funk, soul, jazz and roots, with a career that spans close to four decades. In a nutshell, Meshell Ndegeocello is the truth behind the origins of the neo-soul and spoken word movement. Born Michelle Lynn Johnson in Berlin, Germany and raised in Washington D.C, Ndegeocello adopted her surname, which means “free like a bird” in Swahili, at age 17. With freedom of expression as her greatest banner, the multi-talented musician (bass, keyboards, drums, guitar) has worked with John Mellencamp, Madonna, Chaka Khan and Herbie Hancock to name a few, sharing her talents as a rapper, bassist and singer across a range of musical projects.

Her first major release was a cover of Van Morrison’s Wild Night, a duet she performed with John Mellencamp in 1993, closely followed by her solo hit If That’s Your Boyfriend (He Wasn’t Last Night). Over the years her discography grew, as she amassed a legion of fans hungry for her powerful lyrics of love, self-expression, ownership and world issues. She has become the unofficial flag bearer of issues concerning AIDS awareness, women’s empowerment and LGBT rights, has collaborated with the likes of U2, and penned an essay anthology It Gets Better: Coming Out, Overcoming Bullying, and Creating a Life Worth Living. Additionally, her music has featured in movie soundtracks including How Stella Got Her Groove Back, Batman & Robin, Love Jones, Love & Basketball, Talk to Me, Tyler Perry’s Daddy’s Little Girls and The Best Man.

Meshell Ndegeocello lives without the glitz and glamour that belies many an artist in the music industry today. She has never been about the trappings of wealth, fame and fashion, rather opting for a less lofty lifestyle, paying attention to the real blessings in life – the love of her family and the joy of her infinite craft and artistry. I have been a fan of Ndgeocello’s work for many years now, losing myself in her intricate melodies and powerful prose, feeling empowered and inspired after listening to her music. This interview is a brief glimpse into the beautiful soul of this free bird of an artist and one that I am truly proud to share with my readers and her fans alike. 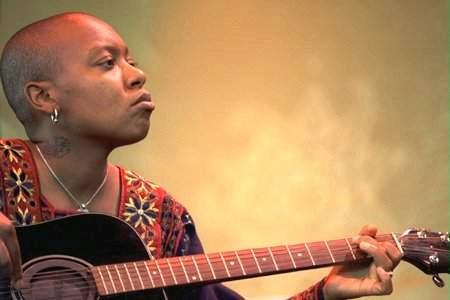 Your career and your music has been such an inspiration in my journey and countless others, as your songs resonate deep in the soul. When you sing pain or heartbreak, everyone can relate to it, when you sing praise and love, we come along on that lyrical ride with you. How you best describe who Meshell Ndegeocello is and the music she creates?

I don’t think I do. I feel very different to what gets reflected back to me. When I sing about pain and heartbreak, those things are really happening, they’re really hurting. It’s hard to always see those songs as inspirational or comforting because they are often really hard for me to hear or sing. I really just listen for the sounds to come, wait for the transmission, and when it does, I try to faithfully express it.

Your journey has been a work in evolution no doubt – looking back, what would you say has been one of the greatest lessons for you as a woman and as an artist in this music industry?

That it only wants you as long as it knows its use for you. The industry is about money. There are a lot of music lovers and people who wanted to be close to creativity but being an artist and being a star are different choices. That’s the thing, I guess. I tell people that you gotta be clear on which you’re choosing, ’cause they’re not the same.

Your career has taken you all over the world, working and collaborating with people from all walks of life. What is it about the rhythm of life that appeals to you as a creative and how do you incorporate that into your music creation?

I think all the travel actually makes a rhythm hard to feel. Jet-lag is a real thing, touring is exhausting. When I am home I am my most creative, that is where I have spaces to write and listen. But the travel and collaborating are exceptional, they have taught me so much and I am lucky to do it. I do it because it comes with the territory; at least now I do.

Can you share something with us that we may not know of you? Every person has a surprising lurking within them would you not agree? What’s Meshell Ndegeocello’s surprise?

That I am really shy? That I listen mostly to people talking – to philosophy podcasts and lectures about the earth. My secret is that I am not cool.

Your thoughts on the neo-soul music community today and the changes you feel it has undergone since you first started your journey?

I don’t think there really is a community there. Neo-soul, in my opinion, is not a thing. It’s a genre created where there was no previous genre. But I am not a believer in genres and I don’t subscribe to that one.

The importance of women embracing their roles as sexual, independent and powerful beings as opposed to the over-sexualisation that social media has females portrayed with young women baring all for 15 minutes of fame and 1000 likes rather than strong self-awareness and security?

I think you said it all right there.

What are you currently working on music-wise?

I am working on scoring and a presentation of music based around James Baldwin’s work. I am thinking about new music and considering recording some covers. 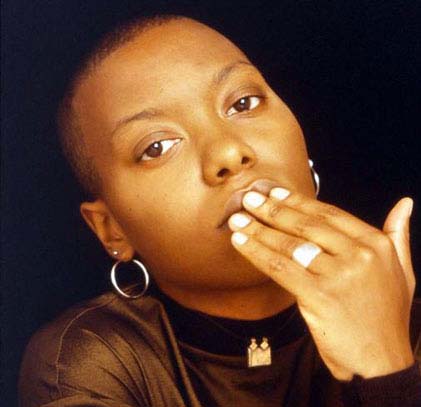 Your constant motivation in life and why?

I am still just trying to understand how we all got here.