In some much needed good news for the troubled singer, Kesha’s performance at the Billboard Music Award ceremony next week has been approved. She had originally accepted an invitation from organisers, but earlier this week it emerged that Kemosabe Records had suspended their initial approval – apparently due to fears that she would use the opportunity to draw attention to her legal battle with Dr. Luke.

As the news broke that Kemosabe had reneged on their original approval, it seemed that Kesha’s fears had been confirmed. Recent months have seen the singer engage in a highly publicised legal battle against Kemosabe owner Dr. Luke. Accusing Luke of various forms of personal and professional abuse, she sought to extricate herself from her contract with the label. She has also voiced fears that her career would subsequently be hindered and stifled by Dr. Luke, fears which appeared to be manifesting.

Having originally planned to perform a cover of a Bob Dylan song, Kesha took to social media to assure the world that she simply wished to pay tribute to one of her favourite songwriters. Event organisers, Dick Clark Productions also released a statement explaining that Kesha’s original acceptance had been rescinded by Kemosabe Records, but that they were hopeful that an agreement could be reached. 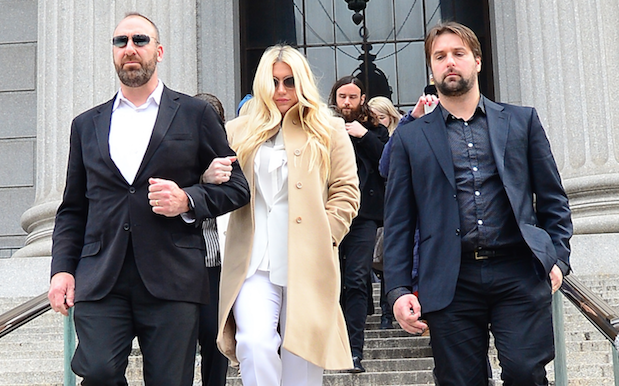 The singer also maintained that she had no plans to allude to her dispute, or disparage, Dr. Luke at the event. This seems to have done the trick, as the label released the following statement yesterday:

“Kesha’s performance on the Billboard Music Awards was always approved, in good faith. Approval was only suspended when Kemosabe learned Kesha was to use the performance as a platform to discuss the litigation. Now that Kemosabe has obtained assurances, that it is relying upon, from Kesha, her representatives and Dick Clark Productions that neither Kesha nor her supporters will use the performance as such a platform, the approval has been restored.”

Ultimately, it is good news for Kesha. Even though she lost her court battle, every eye is trained upon her career for the foreseeable future. And Kemosabe would be foolish to allow even a hint of foul play to emerge. But the difficulty lies in cases like these, in the end the result is the correct one, but the message is very clear that Kesha is still at the mercy of Dr. Luke.