In late 2015, Celia Pavey exploded onto the Australian indie scene with her new project Vera Blue and eclectic singles Hold and Settle. Her unique brand of soft, beautiful melodies, heartfelt lyrics and bold production is making waves all over the place. In the lead up to the release of her debut EP Fingertips an upcoming tour, Howl and Echoes caught up with her to find about everything that’s happened so far and what’s yet to come from Vera Blue in 2016. 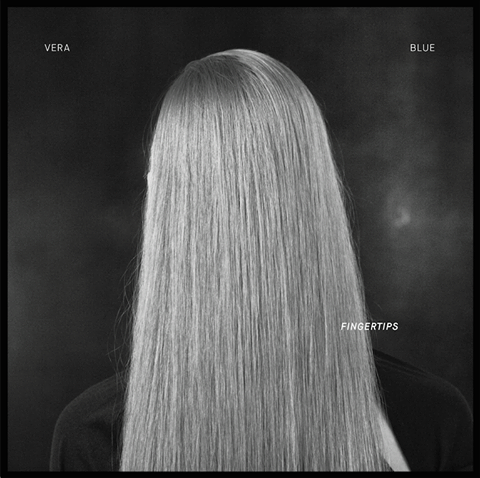 You’re currently supporting Matt Corby on his Telluric tour, about to release an EP and start your own hugely anticipated tour. Congratulations on everything you’ve achieved this year! What’s been the biggest moment for you personally so far?

Vera Blue: The biggest moments for me have been selling out my Fingertips tour, doing triple j’s ‘Like a Version’ and then supporting Matt is pretty massive. It’s huge for me.

I’m a huge fan of the dreamy production on your new singles Hold and Settle, but as Celia Pavey your music was more folk-inspired. Is the shift in sound (and name) a new chapter in your musical journey, or more of a total overhaul? Could you tell us a bit about the process of that shift?

I think it is like a new chapter, but it’s more just being more open-minded about what’s going on in the music world. Creating sounds that are different, that’s something that I’m very passionate about. I never thought I’d have a passion for this kind of electronic music, but the blend keeps it real. The lyrics are just so raw, and exactly what I’m going through at the time. With the team I’m working with, it’s the perfect fit. So I’m just running with it and loving it.

What inspired the change from your real name to Vera Blue?

The sound for sure, because it was so different. I just felt like it deserved its own project name. It doesn’t really mean anything in particular.

Your first album, This Music, was a collection of covers. Were you writing your own music too at that time, or did that come later?

You must be enjoying the opportunity to make and record your own music now – in what ways is this process more rewarding or challenging than recording covers?

It’s really special because you’re recording and writing music that’s specifically about what you’re going through emotionally. You’re putting in all of your emotional energy into that recording. It’s really special. With this EP, I’ve pushed myself more vocally, so now it’s a bit more challenging to perform live. To find something that challenging is really good and rewarding as an artist. Wanting it to be better and better each time – taking it to the next level!

Working with Andy and Thomas Mak and Gossling, how did they each help shape or hone aspects of your music?

We were all experimenting to start with. Gossling is a concept writer, she keeps it very alternative. Her style and melody writing is very alternative. Writing with Tom and Andy is more in the pop world. The blend of the folk, alternative writing style and the pop stuff and creating a new style, something fresh. We all add our own flavour. If we sit down and talk about what I’m going through, that’s when an idea will spark. That’s when the magic happens, and there are more feelings in it. It can make more ideas flow.

What were one or two of the most important things you learnt while working on the new record?

Don’t be shy. Just go for it. When I was first in the studio with the boys and Gossling, they put me in front of a mic and told me to just go for it, without worrying about what people thought. Just letting it rip, that’s how Settle was written. So I learnt to not be shy and go for it, and trust myself as an artist. I went through periods of second-guessing myself, and just believing in myself as an artist.

Both videos for Hold and Settle have a similar aesthetic – could you tell us a bit about the idea behind these videos and the direction? Will this be a recurring style throughout forthcoming videos?

With Hold, it was a very intimate setting. It’s about self-discovery, and we wanted to keep it intimate but not sexual. Through having a female director, it just made it so special. She captured the best moments of the song. Having the illustrations was really different I think, it added a bit of texture. It’s something that I’d never seen before. Keeping it in black and white kept it a bit more mysterious. Having it all in slow motion as well. Originally I didn’t want to be in the film clips, but they did it really well.

We loved your cover of Jack Garratt‘s Breathe Life for Like A Version, what drew you to his music?

Well, when I first heard that song, it blew my mind. He’s a producer and what he did was mental, and he’s a singer as well. Lyrically he hits the spot. When you listen to him, you get lost in the world of Jack Garratt. Bit grungy, bit dirty, but still beautiful. I love where the music takes you, with his electronica and beats. So good, so much soul.

What else can we look forward to from you in 2016?