Melbourne MC REMI and musical collaborator Sensible J have been busy. After winning last year’s Australian Music Prize for Raw X Infinity, the duo have launched their own label House of Beige Records, dropped the single For Good featuring Sampa The Great, followed it with an accompanying video, announced a national tour and to top it all off, are working on their new album Divas and Demons.

So, I’m really excited to hear your new album. Can you tell us about it and how it differs from your first album ? What’s the progression, what sounds have you’ve been inspired by for this album?

Sensible J: Musically it’s quite similar, but this time I got actual musicians to replay my basic musicality. I got S I L E N T J A Y and Simon Mavin from Hiatus Kaiyote to replay all my keyboard parts and that has added to the evolution of our sound, getting it to where I want it to be.

Do you feel any pressure from the first album with winning the AMP?

J: It’s exactly the same, as long as myself and Rem are happy with the tracks, then I’m happy. You can easily fall into that vortex of worrying about what others are going to think after winning an award, you see how easy it would be and sometimes I have to check myself and be like, “It doesn’t matter, we’ve already won it, not gonna win it again.” So, there’s actually no pressure.

Remi: I was definitely conflicted after that stuff came through, but exactly what J said, we’re not going to win it twice and we only won that shit doing all we know how to do. So if we feel any pressure, it makes no sense. We just gotta do this next record.

So you’re starting your All Good tour next week, and then your tour with Seth Sentry. Are you guys excited to be on the road again?

I just want to go back in history a little bit. Can you tell us about your musical upbringing. Did you have a lot of music played at home, and what was the type of music that was played at home?

J: My folks were in a band when they met: mumma was a back up singer and dad was a guitarist. There were always guitars, basses, bongos, a toy drum kit for me when I was four. So yeah, the house was a very musical house. Dad would put records on and had speakers hooked up under my bed, so on a Sunday morning to wake me up he would turn music on loud. It would be artists like Stevie Wonder or George Benson so I couldn’t complain. At the time I was complaining, but now I see it, I’ll probably do the same when I have kiddies. Annoy them with Stevie Wonder.

R: My parents definitely weren’t in a band. My dad wishes he was in a band, but they played a few very integral albums as I was growing up. Off The Wall, Thriller, Marvin Gaye’s Let’s Get It On.

J: Your parents were playing that?

R: Nah man, in the middle of the house. Marvin was for the people.

J: Not that album bro.

R: *laughs* But yeah, Mum was always playing piano and they were both playing in Church. Listening to any other interview, that would sound like some incredible shit. D’Angelo’s dad was a preacher, so was Marvin’s, but it’s not like that in Australia. 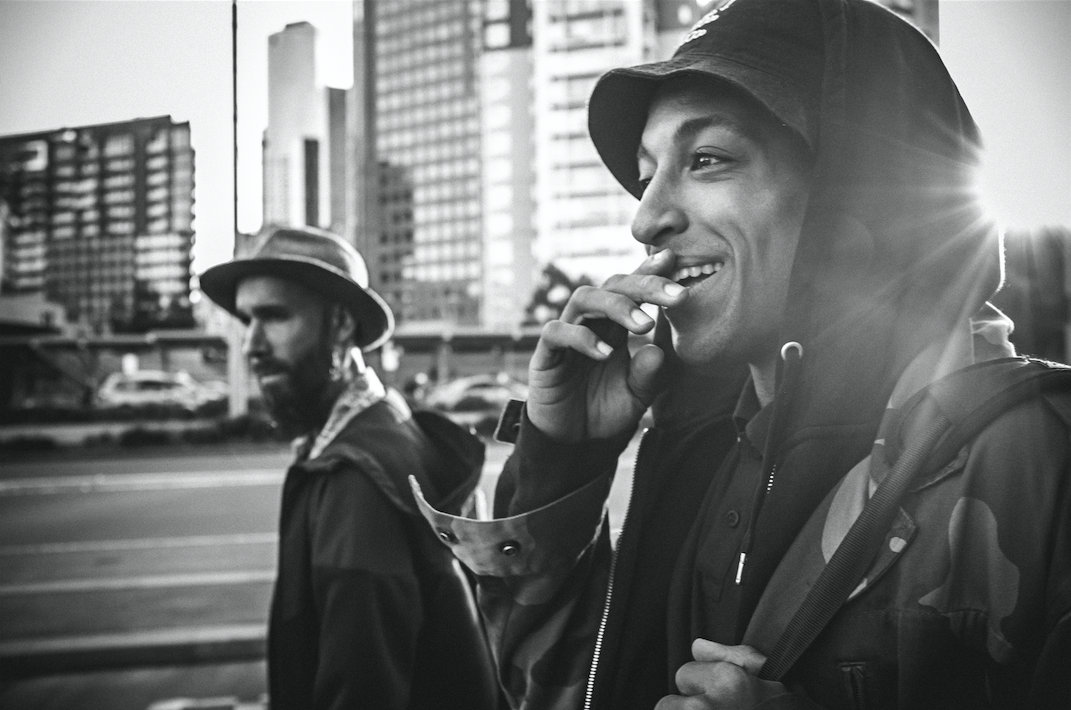 That’s a lie. You gotta say something truthful.

J: I like The Fast and the Furious. They’re the most classic movies I’ve ever seen. From the cinematography to the screenplay, the writing and the acting…

R: This may sound like a lie, but it’s the truth.

J: As if that doesn’t inspire you to get out and drift your car, no matter what car you have.

What about you Remi?

R: I was an OshKosh model when I was three or four years old. It was messed up, ’cause they asked me what I wanted to be when I was older, and I said I didn’t know. So, on the video of me walking down the runway – I literally had just learnt how to walk – I’m walking down and they say, “This is Remi and he wants to be a soldier when he grows up. I was like bullshit, no way do I want to be a solider.”

J: You didn’t say bullshit when you were three!

R: Nah, when I was older when I watched it, I was like “Hell no! You can’t be putting that stuff in a child’s mind.”

Can you tell us the most surprising thing you’ve ever heard or read about yourself?

J: I was listed as Special J in Perth. I thought that was pretty funny.

J: Who didn’t mean it, and who wasn’t trying to give me crap.

We always finish our interviews with quick fire questions. I’ve got six, so I’ll ask you three each.

Slum Village or The Roots?

J: I got into Slum Village because of a Roots album, when Questlove said to check out J D on the track Dynamite! so that’s why I had to pick The Roots. I’m sorry.

Catch REMI in a town near you. 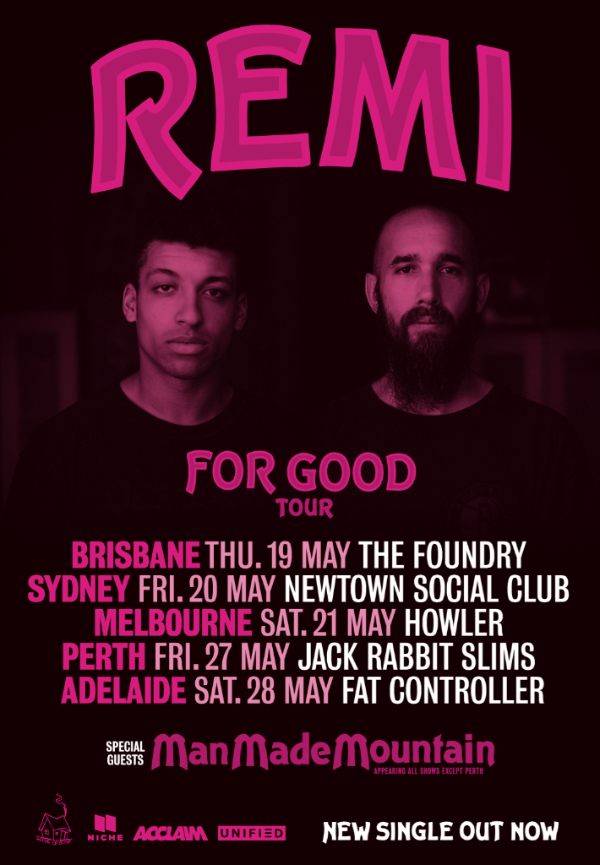