I don’t think there’s anything that invokes nostalgia more than hearing a song you used to love, especially if that song is linked with some moment you’ve completely forgotten about. Every time you hear that hook or sing along with a lyric, you remember exactly how it felt to be you in a different time and place. For me, Kisschasy’s United Paper People was released just over 11 years ago, and is an album that’s filled with those types of songs. When I hear it, I relive my formative years in flashes of laughter, awkwardness, anticipation, and a bit of sadness topped off with a fuckload of cringing. Everyone has an album that was the soundtrack to their teenage years. Music was a way for me to shape who I wanted to be, but it also encouraged me to jump around and get overly excited and stop caring so much about everyone else all the time. 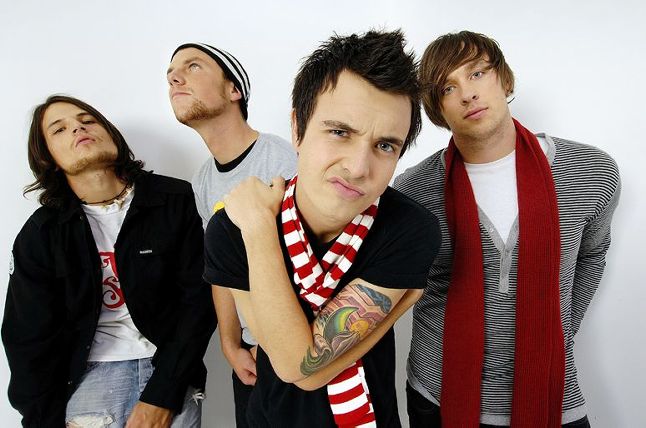 In 2005, I was on the cusp of becoming a teenager. As many people in their twenties can recall, it was a time when emo, punk, metal and rock were ways to be “different” while actually being the same as a bunch of other people. I think albums like this capture that time so well for me, because this band managed to put into words and music everything that I was feeling. As cliche as it sounds, Kisschasy had the perfect song for every uncomfortable break up, stupid fight, crazy night out or shitty night in.

“We’ll grab a drink and kill our brain cells, sing all the words we know. We’re bringing back the lovers music. With Do Do’s and Whoa Oh’s”

Do Do’s And Whoa Oh’s. What a classic. It’s every bit as catchy now as it was then. This was probably the only one you could download on Limewire, so everyone knew it. At a time when the majority of similar music was coming out of the US, Kisschasy stood out because of Darren Cordeaux’s unashamed Aussie accent and the gap in his front teeth. Finally I could sing along without sounding ridiculous, although I still probably did. I remember this one so fondly because they played it at the first live gig I ever went to.

It was 2007 and Powderfinger and Silverchair took off on a massive double headline tour around Australia called Across the Great Divide. They came to Cairns, and Kisschasy came with them. Anyone who grew up outside of a major city knows what a massive event it was when a band (any band) played a show. My friends and I lost our collective shit knowing we were actually going to stand in a crowd in front of this band that we loved. We cranked up the speakers and screamed along despite not understanding what half of it meant.

Obviously we had to be front and centre on the night so we sat out the front of the Cairns Showgrounds for about 5 hours. Our parents thought we were ridiculous but they let us go anyway. In the end, it was worth every second. Being in that crowd was the coolest experience ever. I had never before felt the adrenaline that hits when you’re in the middle of this rough, writhing mass of people sharing sweat, hair, energy and a weird kind of camaraderie. I screamed every word at the top of my lungs and was still being drowned out by the huge speakers.

“Say you want me, say you’d kill to have me there. Cause since you shot me, I’ve been dying in this bed.”

I loved every second of the shoving, jumping, yelling, falling over and being helped back up. It was incredible and although I have been in that position a thousand times since then, the same feeling is always there.

High school. For some people it was horrible, for some it was awesome. I was kind of in the middle. When I first started I was all black converses, headphones and my email addy was green_day_rox@hotmail.com (no regrets). I was never really bullied, but there was one chick who liked to fuck with me just for the hell of it. It’s easy to laugh about it now but it sucked back then. When people acted like that, there was one song in particular on this album, Ione Skye, that I would always go back to. The lyrics are all about not fitting in with this boring, stupid crowd and being perfectly content with that.

“Your effort is amusing tonight but you’d look better if I was blind.
Didn’t you enjoy yourself, they held you up and put us down.
Let me know the next time you’ll be here so I can stay home.”

Kisschasy took the piss out of everything these “beautiful people” did and it was truly refreshing. I wanted to have the same ability to shrug off all the bullshit and just enjoy myself. The way Kisschasy mocked the whole scene taught me to see it for what it was.

Shout out to that girl – you’re still slack af.

A couple of years ago, I saw a poster for a Kisschasy show at the Uni bar. They were touring around for the first time in years and playing Brisbane on my 20th birthday – the stars had aligned. What better way to say a fond farewell to my teenage years than by getting loose and jumping around with a bunch of people who shared my guilty pleasure. One friend in particular had been right next to me 6 years before at Across the Great Divide. Fast forward to the Uni bar and it was another epic show: the crowd was going absolutely crazy and vocalist, Darren Cordeaux said the band were just stoked that “everyone showed up despite the fact we haven’t released an album in about 6 years.” There’s nothing like a Kisschasy show for a bit of shameless, nostalgic fun.

Kisschasy took UPP on one final tour in 2015 and played the album in its entirety, I wish I could’ve been there with all the other 20 or 30 somethings for one last chance to relish in our teenage angst. Although I don’t listen to this album anymore, I still love all the songs because they remind me of the old days and being young, stupid and a bit of a tool. It makes me want to throw on my connies and a studded belt and get some pc4pc’s.

When you hear Green Day, Mayday Parade, PlayRadioPlay!, My Chemical Romance and Fall Out Boy, you want to act like you didn’t love it but I know you did.

It’s not nice to feel like you’re getting old, but there’s nothing like a bit of Kisschasy to take you back.