News has come in overnight about the apparent demise of yet another Australian festival – Stereosonic. Yesterday, The Daily Telegraph reported that the festival was gone for good, without having received any comments from organisers Totem OneLove Group and parent company SFX Entertainment, but that’s changed over the course of the evening.

“Totem OneLove Group is currently working on bringing Stereosonic fans the best festival experience possible, as part of this, Stereosonic is taking a hiatus during 2016 and will return in 2017 bigger and better than before,” a spokesperson has said. To add to the speculation, inthemix found that their Melbourne office has been listed as up for lease, with photos on realcommercial.com.au showing Stereosonic and Creamfields posters still hanging on the walls. Though it could mean a simple reshuffle or move of the business, it does come after news early this year that SFX – based in the U.S. – had filed for bankruptcy. Totem OneLove initially claimed that “this proceeding is taking place in the United States only; none of the international operating subsidiaries are included or impacted. Totem OneLove is not part of the SFX Chapter 11 [bankruptcy]. Totem OneLove will continue to operate as normal.” Though it sounds confident, it would be no surprise if the legal and economic issues facing their parent company had spilled over into Australia following. 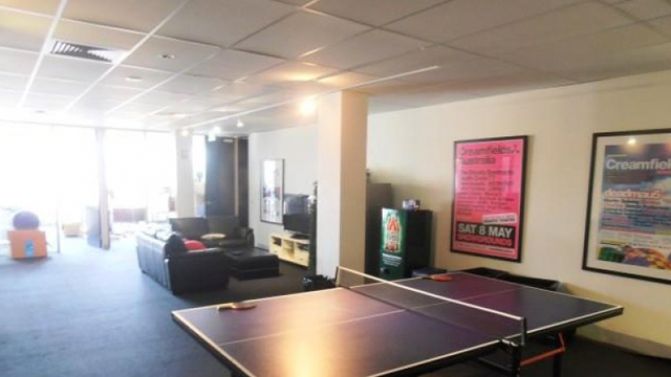 This news comes just months after Stereosonic 2015, which took place all across the country in late November / early December. It was at the Sydney and Adelaide legs of tragically passed away from an alleged drug overdose or interaction. Again, the debate on policing the use and possession of illicit drugs, particularly at music festivals, became a major topic of discussion in the public forum and in politics.

Over the New Years period, NSW Premier Mike Baird claimed that “if new rules and procedures place additional burdens and costs on organisers, so be it – and we will also examine denying permits to organisers who have not done the right thing in the past.” Stereosonic set an example for other events in taking care of their punters, fully endorsing pill testing at their event. “We would strongly support any policies or initiatives that would minimise harm, reduce drug use and make events a safer environment for patrons,” Totem OneLove said. Speculation continues that perhaps this open-minded drug policy may have lead to this hiatus for the festival. Regardless, for an event setting such an example to end leaves behind a void, not into in the music scene but also in the progression of the privacy, safety and harm minimisation of festival-goers.

Within the electronic music scene itself, Stereosonic was Australia’s largest EDM event. With a lineup last year consisting of Armin van Buuren, Oliver Heldens, Major Lazer, Diplo, DJ Snake, Tchami, Claude VonStroke and many many more, the event was the hub for dance music fans, particularly after Future Music Festival was scrapped after low ticket sales. With over 48,000 in attendance at last year’s Sydney leg, it begs the question – what happens next?

Though yes, there are still a number of small doofs and boutique festivals popping up every now and then, they don’t have the funds or the rep to pull such huge acts nor numbers or revenue. With lockouts having seriously inhibited Sydney‘s nightlife, with Brisbane soon to follow, it’s not exactly like these acts will come out here for a club tour, and the ticket prices would likely be so high that many punters couldn’t catch a fraction of the acts they could see at a Stereo weekender.

Whether this demise is solely financial, or whether there are darker forces at work here remains to be seen. What needs to be kept in mind however, is the memory of Stereo as an industry leader. Not just in the quality of the acts and the events that they organised, but in striving for the safety and enjoyment of all their fans. Whether you’ve been to a Stereosonic or not, whether you’re a fan of the music or not, no doubt we’ll all feel its absence in one way or another, for better or worse.

Check out our piece on The Reality Of Drugs At Festivals here.