When you speak about true underground hip-hop, you can’t go very far without bumping into MF DOOM. With the mean combination of sharp lyricism, wordplay and cutting edge beats, it’s no wonder guys like Mos Def, Earl Sweatshirt and Ghostface Killah hold him as one the greats. He’s basically your favourite rapper’s favourite rapper.

Hidden away in the vaults, only to be released on CD with the purchase of his instrumental series Special Herbs, Vol. 5 & 6, was his first live album, initially titled Live From The DNA Lounge . Originally recorded live on August 15, 2004 in San Francisco, now, after over a decade we are finally seeing the vinyl release of MF DOOM’s Live From Planet X.

The 38 minute long project includes songs from some of Doom’s best projects, including, Take Me To Your Leader, Vaudeville Villain, Operation: Doomsday and the Madlib/Doom duo on Madvillainy.

Live From Planet X will be reissued on May 20 through Nature Sounds, but in the meantime you can listen to the project, read the tracklist and checkout the new album artwork below:

“Intro”
“Change the Beat”
“Name Dropping” (aka “People, Places, and Things”)
“Dead Bent” (called “Greenbacks” on the track listing on the back of the album)
“Go with the Drawls” (aka “Go with the Flow”)
“Gas Flows” (aka “Gas Drawls”)
“Hey!”
“Accordion”
“Curls”
“Great Day”
“Rhymes like Dimes”
“I Hear Voices”
“My Favorite Ladies”
“One Beer”
“Fine Print” 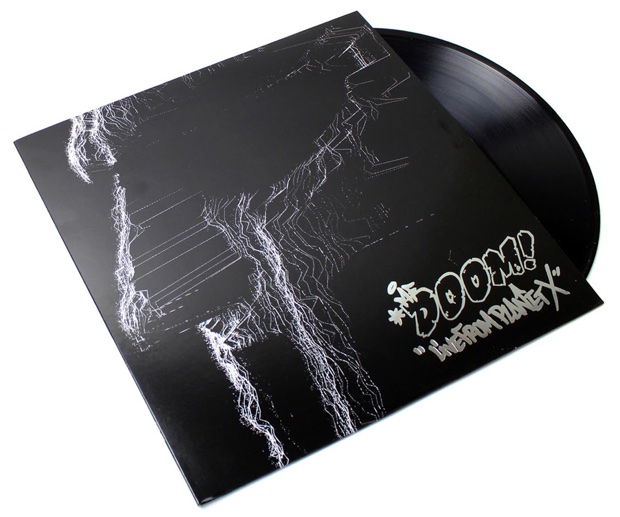