Lil Kim has recently been blasted on social media, and across other “reputable” news channels, for a collage of selfies she posted on Instagram in which she appears looking significantly whiter than people collectively imagine her to be. This conversation about her physical appearance has managed to garner more attention and discussion about her than a recently released mixtape and an upcoming Bad Boy Reunion show appearance combined. 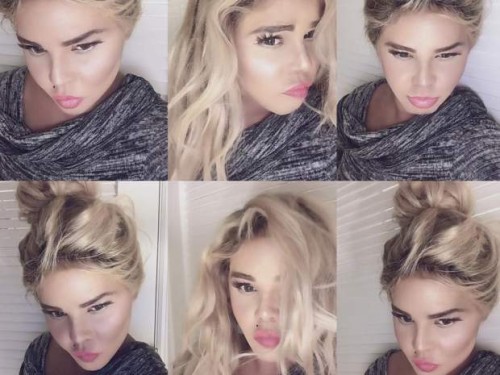 I have to ask, is it really a surprise that in an appearance-obsessed culture people will voluntarily undergo cosmetic procedures? Is it also a surprise to see that, when whiteness is the prominently displayed beauty ideal, whiteness is often emulated? Are social media users genuinely blind to the fact that they are a driving cause of these people’s insecurities, given that said complaints generate more publicity than their targets’ art?

Lil Kim’s transformation is not new. It has been ongoing since the late 90’s, with the rapper initially using blue contacts and blonde weaves to alter her look, before moving on to more invasive procedures such as rhinoplasty and breast augmentation. While her body was being physically altered over the years, her skin also began to change, appearing lighter and whiter as time went on.

It’s important to note that Lil Kim has opened up in the past about her personal issues with self-esteem. Interviews from 1996 and 2000 have been dragged up in order to demonstrate that her desire to go under the knife and change her appearance is mostly because of her own unique deficit regarding her self-worth. Yet everyone is quick to overlook the fact that this shit is 16 years old and people change, and that, in a 2005 interview with Angie Martinez, Lil Kim just straight up owned her nose-job and denied any low self-esteem, saying “I love myself. …People think I did it because I had low self-esteem, but that wasn’t the case. I think I did it because I was a little too vain.’

Maybe self-esteem did have some part to play in Lil Kim’s desire to alter her appearance, but it would be difficult to have that conversation without acknowledging the fucking Mastodon (bigger than an elephant) in the room, which is the immense stress that women, especially those of colour, face regarding external pressures to adhere to a certain type of beauty standard in order to seem desirable from both an aesthetic point of view, and in their professional and everyday lives. 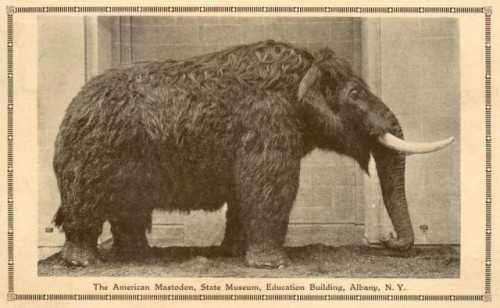 It’s no secret that western society looks upon lighter skin much more favourably than darker skin, and Lil Kim is perhaps a prime example of an individual who has internalised years of conditioning which have told her that black is less desirable, that lighter skin equals more privilege and status, and that acceptance is surmountable with a brighter skin tone. The reality of being black when popular culture and your own industry favour those with a lighter complexion could easily contribute to self-esteem issues, or at least spark an internal conversation which begins with questioning one’s own desirability and worth.

The difference between Lil Kim and the many women that battle these internal demons on the daily is that she has the means to do something drastic about it, and the well trained eye of the media will be there to capture every moment.

It’s worth pointing out here that countless celebrities have been accused of either changing their appearance or altering photographs in order to appear whiter. Rihanna and Beyoncé (who let’s be real, has had blonde hair for like 10+ years now) have both been accused of whitening their skin and generally attempting to appear more Caucasian by Mica Paris. InStyle was accused of digitally lightening their cover photo of Kerry Washington and had to release a statement denying the accusations. Zoe Saldana has been absolutely raked over the coals for her portrayal of Nina Simone in the biographical film, Nina, with her critics expressing their disgust at her allowing her skin tone to be darkened and facial appearance changed in order to fit the role of the darker musician, instead of bowing out and letting a darker actress take her role, claiming that it’s a perfect example of Hollywood not giving gigs to darker women, who are deemed less desirable to movie goers. 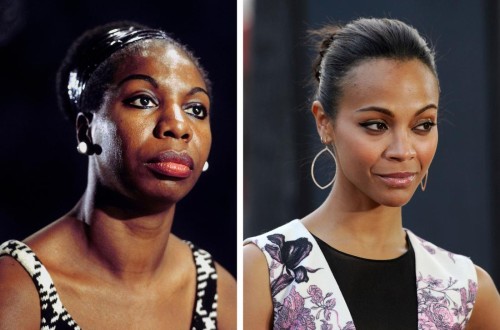 One needs only to look at the immense popularity of skin whitening products in America, as well as other predominantly non-white countries to see that the cultural conditioning which promotes white dominance regarding the standard of beauty is very much alive and kicking. When I was in Singapore last year, it took my partner and I almost a full day to find sun screen which didn’t have whitening agents in it, and I’m fairly sure she never managed to find women’s deodorant free from the stuff.

The point I’m trying to convey is that although it’s now perfectly acceptable to sit behind your computer and talk shit about how much of an idiot someone is for getting plastic surgery to make themselves look whiter, while citing that person’s self-esteem issues and lack of “self-love” as the reason for doing so, it’s much more important to look at the bigger picture. And that bigger picture involves millions of women of colour changing their appearance in both subtle and drastic ways in the general direction of whiteness.

Lil Kim isn’t alone, and while her actions come across as drastic to some, she is an entirely autonomous being who can make choices for herself. Instead of criticising the individual, we should instead look at why these particular patterns of “enhancement” have emerged in the first place.

Just have a productive conversation for once, Internet. Obviously there isn’t inherent diversity in the “choice” to modify oneself – otherwise there would be no trends to talk about, everyone would choose their own unique modifications. There’s clearly a problem here. The problem is that Western beauty standards are just another means through which to perpetuate hierarchies of oppression. You don’t address that by hanging shit on Lil Kim. You address it by taking a complex look at histories of subordination, global chains of power, economic opportunities, and – of course – gender norms.