What’s striking about 2005’s Human After All is that it continues to resonate with electronic pop more than 10 years after it’s release. The filter sweeps of Grimes’ Art Angels, the dynamic shifts on Tame Impala’s Currents, the infectious repetition of Caribou’s Our Love, and the loose experimentation of Animal Collective’s Painting With- Daft Punk’s prescient album has it all. Yet despite making such a remarkable musical statement, the duo’s third helping was widely dismissed as mediocre at best.

In order to appreciate the album, it’s worthwhile considering what came before. In the 90s, electronic dance music surfaced from the underground, exploding into dozens of genres. Emerging from the French house and techno scene, producers Thomas Bangalter and Guy-Manuel de Homem-Christo quickly captured the attention of the European music press.

From the start the duo were breaking down barriers. Having arrived at a time where the general public didn’t consider producers or DJs to be “real musicians”, Daft Punk took their music out of the studio and performed it before crowds of thousands. Like many great pop bands, the duo may not have always been the first. But what they did do, they did better than anyone else.

Labelled French touch, Daft Punk’s newly minted genre was a presentable and commercially savvy take on electronic music. With an image that glossed over the more dangerous and unsavoury aspects of rave culture, it was dance music for the masses. With no small help from major record labels, the burgeoning duo’s career was soon building momentum.

By 1997, rave music fully broke into the mainstream. Daft Punk’s debut, Homework, road the crest of that wave, capturing the spirit of the time. In their wake, the pair’s amalgamation of classic funk, disco, techno and house was rapidly adopted by a host of hungry imitators.

Looking back, the release of their second LP Discovery served as an epitaph for the 1990s. Released in 2001, the album embellished the group’s trademark sounds with a glittery pop veneer. It was meticulous in terms of production and songcraft, a crystallisation of everything that had come in the decade before.

In 2005, came Human After All. A humble successor to Discovery, the improvisatory LP was captured using an 8-track tape recorder over a period of two weeks. Its music was not only permeated by digital keyboards and vocoded vocals, but also more prominent guitar riffs and classic rock rhythms. Talking to Q Magazine in 2007, Bangalter’s explanation of single Robot Rock is perhaps indicative of the overall idea behind the album. “[Robot Rock] is a tribute to the power of heavy rock chords. In a way I think we were exploring if you can take the essence of rock—that power—and mix it with dance.”

The duo’s new album was also their least lauded. Rolling Stone’s Barry Walters awarded the album two and half stars out of five. He mused that the duo may have become “the victim of their own animatronic satire.” Pitchfork critic Mark Pytlik described the album as “passable and hardly special,” awarding it a paltry 4.9 out of 10. Pytlik struggled to reconcile the rawness of the LP’s rock elements with the band’s electronic roots. In his view, ragged and minimal production was praiseworthy in the world of rock, but Human After All lacked the finesse expected from an electronic band. Like many of his contemporaries, he considered the LP a poor man’s alternative to the duo’s earlier helpings. The general consensus was clear: this hybrid of dance and rock wasn’t where it was at.

But let’s not put commentators like Walters and Pytlik on the firing line. Critics simply articulate the views of the cultures to which they belong. In 2005, the garage rock revival was at its zenith and dance music was slipping back into the clubs. Dubstep was nestled deep underground, new rave hadn’t fully hit and the EDM explosion was still a little way ahead. Daft Punk’s electronica was never far removed from their rock influences but in the minds of many music fans the divisions had yet to come down.

In 2016, it seems like the times have well and truly caught up. Like Human After All’s closing track Emotion, Caribou’s Can’t Do Without You from 2015’s Our Love is built around a single musical idea; a single lyrical motif repeated to near breaking point. The similarity is not coincidental. Talking with Pitchfork TV Caribou’s Dan Snaith praised Daft Punk’s earlier work. “This combination of kind of minimalism and maximalism has really spoke to me,” the producer revealed. “The first track of my new record I Can’t Do Without You is just about one repeated phrase and it’s all about building momentum out of the same chord progression over and over again, but just slowing, releasing, building…I think [Daft Punk] are just the masters of that.”

Ratatat’s rock meets electronica sound made an imprint in 2015 with LP Magnifique. Given the album’s guitar driven tracks, squelching keyboards and vocoded sounds, there’s certainly some fingerprints of Daft Punk’s Human After All. It’s perhaps unsurprising given the two groups are long-time contemporaries, but it begs the question how the similar Human After All would have fared in 2015.

Self–produced in Ableton Live, Grimes’ Art Angels embraced a similar DIY aesthetic to Daft Punk’s. A gutsy leap from her cult breakthrough Oblivion, the 2015 album pushed Claire Boucher to further heights of mainstream success. The album is deeply rooted in the world of electronic music, yet hops genres to include more than a few guitar driven numbers.

One explanation for all these similarities is this: With the continuing onset of the project paradigm, more and more home studio-based artists are leading the charge in popular music. Grimes’ and Tame Impala’s latest releases are both highly successful examples of projects recorded with the artists’ own digital audio workstations. Today’s musicians aren’t just capturing their sounds in the bedroom; they’re mixing, mastering and getting creative with their production. As digital recording becomes more commonplace those traditional notions of capturing a ‘realistic’ or ‘natural’ recording continue to filter out. Not only in the minds of the creators, but also the listeners. Daft Punk has always played on the aesthetic of a hyper-digital future, but it’s slowly become a reality. 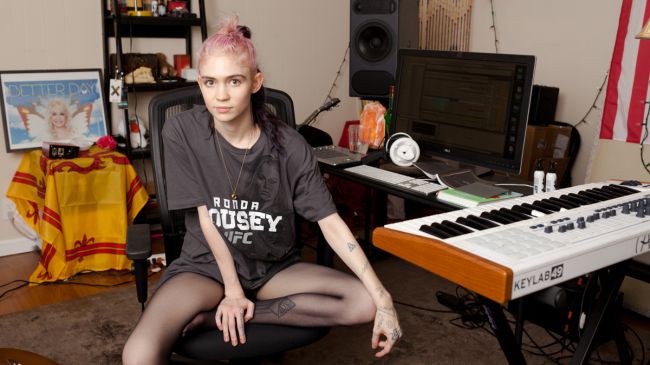 In 2014 came Daft Punk’s Random Access Memories. A global number #1 chartbuster, it was the thing record company execs fantasise about. Moving the group’s sound closer to their disco and funk influences, the album made numerous nods to the very genres which laid the seeds of underground house and techno music in 1980s. It was almost as if Daft Punk were giving us a knowing “I told you so.” They were hip to the artificiality of the rock-electronic divide the whole time.

Thinking back to 2005, so much of the music has passed from our fickle notions of “cool”. The new rave sounds and indie pop that flooded music festivals in a sea of fluorescent clothing seem like a distant memory. But where the music of many of Daft Punk’s mid-noughties contemporaries slips into the periphery of popular consciousness, we’re only now getting a full grasp upon Human After All. In 2016, the barriers between rock and house which the album broke down seem to have more generally subsided. Despite the initial scepticism which it was faced with, the resonance of Human After All more than a decade on suggests that it has that sliver of elusive substance which makes an album truly great, even timeless.