The song is the group’s first new single since Christmas of 2014, with a new album titled Why Are You OK, to be released in June.

Opening with a driving groove and sunny riff, the song cruises along with purpose without overpowering the listener, evoking memories of the groups Grammy nominated LP Infinite Arms.

Accompanying the new single is a retro lyric video which shifts between shots that could feature in a David Attenborough documentary and retro sci-fi. Watch below.

The new record was produced by Rick Rubin who, in a story that immediately feels like the stuff of legend, reportedly heard a Band of Horses song on the radio and pulled his car over to contact the group about working together.

Speaking to Entertainment Weekly about the forthcoming record, front-man Ben Bridwell revealed that the long wait between drinks was because the singer “had more babies.”

“I finally built a house for all those babies to live in. Some of that stuff takes a long time.”

On the writing of the album, Bridwell revealed that he built a studio so he could write the album whilst simultaneously looking after his four children.

“I work all night and then take them to school in the morning…i’m the fucking scariest Dad in the school I’m sure.”

“They know that I’m in the music situation, but we just don’t talk about it. They’re always talking, there’s no room for me to talk.”

In preparation for the albums release, the band have released the album artwork and track listing, which you can view below.

Why Are You OK Artwork: 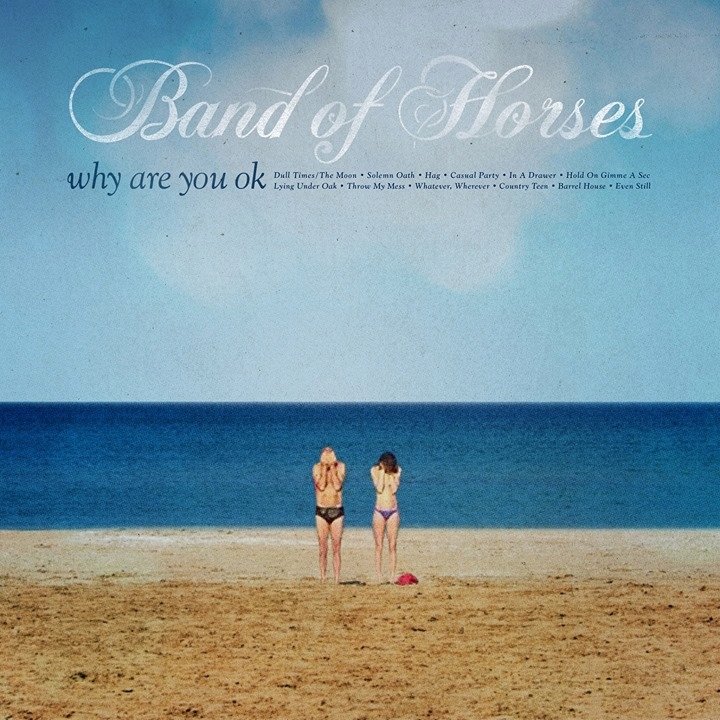 Band Of Horses will be on our shores this July for Splendour In The Grass – click here for details. You can also catch them in Melbourne at the below date, and a rumoured “special” show in Sydney that is yet to be announced!