Urthboy has released his fifth LP, The Past Beats Inside Me Like A Second Heartbeat, and subsequently announced an album launch tour which will see him perform across Australia.

After selling out preview shows in both Sydney and Melbourne, Urthboy will be taking his much hyped album on the road, hitting everywhere from Hobart to Fremantle.

The album, which was recently showcased on triple j as their feature album of the week, has garnered a lot of positive attention, landing the rapper a spot on the radio stations infamous One Night Stand concert, which sees a different rural city or town hosting the event annually.

With sleek beats, and some impressive vocals from boy Urthboy and featured guest artists, TPBIMLASH looks to possibly be the artists best work to date, with the recent album single Loud Long Hours showing off the rapper’s impressive storytelling ability.

One thing to note when looking at this tour announcement is that Urthboy has chosen to travel to a number of smaller locations, which don’t always get many acts coming in to perform for them, so that’s pretty damn awesome.

The tour will be kicking off on the 27th of May, at the Howler in Melbourne, before making its way around the country, with the final show being in Fremantle, on June 26th.

Urthboy will be joined by L-FFRESH the LION who recently signed to the same label as him, Elefant Traks, and the show will be opened by OKENYO and up-and-coming artist who featured on the Urthboy single, Second Heartbeat (which is my second favourite track from the album).

Check out the tour dates below, and find your tickets using here. 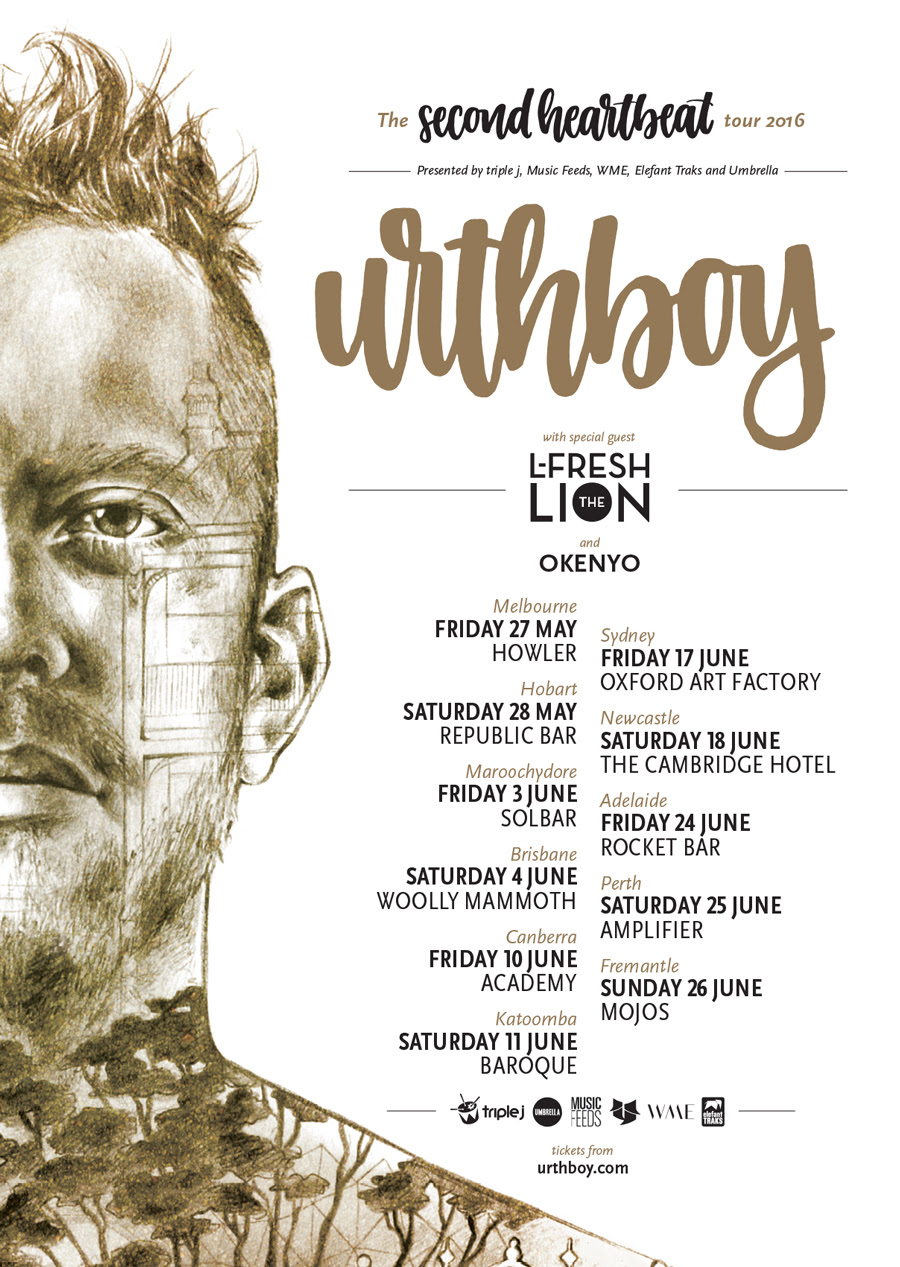