We weren’t kidding when we said anticipation was high for Tigertown‘s Australian tour. In fact, it’s so high that their hometown of Sydney went and bought all the tickets to their first show, so they’ve had to announce another!

Currently blowing audiences away at SXSW, it is just weeks out from their long-awaited comeback tour of sorts across their native Australia, and fans around the country have been scrambling to get their hands on the few remaining tickets. As if catching the band in action for the first time in years wasn’t enough, they’ve also announced that the incandescent Phebe Starr and eclectic James Crooks will also be joining them on their national jaunt. Starr will also be fresh from her own appearance at SXSW, whilst Crooks will be warming things up very nicely indeed for Melbourne and Sydney crowds.

The good news doesn’t stop there. Just last month, Tigertown put the call out to fans to design their tour shirt with half of the proceeds going to the charity of the winner’s choice. Now, that winner has been announced and Laura Tedder, from New South Wales Central Coast has decided the profits will be going to the very well-deserved Make A Wish foundation. It just brings a tear to your eye, doesn’t it?

The band’s Lonely Cities EP is out now via Inertia, and has received some absolute rave reviews since it’s release. You can expect these shows to be nothing short of great if you’re lucky enough to have a ticket – and if you don’t, we strongly recommend fixing that NOW! 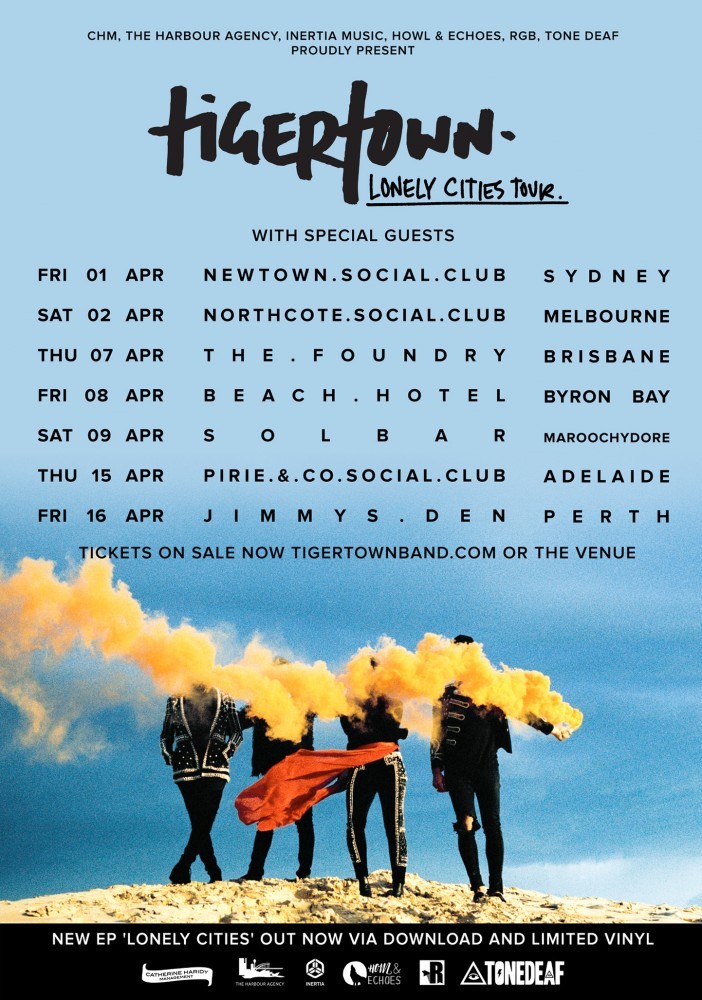