TIDAL, the streaming service run by rap mogul, Jay-Z is being sued to the cool tune of $5 million, with the lawsuit alleging that TIDAL is not paying proper royalties.

According to The Jasmine Brand, the lawsuit which has been pushed forward by John Emanuele, and Yesh Music, LLC has filed the federal lawsuit directly against Jay Z’s company, S Carter Enterprises.
Yesh Music, LLC claim that they are the owners of 118 copyrighted songs which belong to a group called The American Dollar- of which John Emanuele is a member- they go on to state that although all 118 songs are available on TIDAL, the music streaming giant had not obtained permission from the group to use their songs, citing copyright infringement, but that they have also been underpaid in royalties by the streaming company.

John Emanuele really chose to hammer the point home, pointing out TIDAL’s apparent dedication to the artist as being less than truthful.

“Ironically, when Defendant Carter purchased the Tidal Music Service in 2015, it claimed it would be the first streaming service to pay the artists. Different owner, same game,”

The $5 million sum was arrived at by claiming $150,000 in damages for each infringement. Although this definitely isn’t Jay-Z’s first day at lawsuit university, it seems unlikely that John Emanuele and Yesh Music, LLC will be seeing any money from Jay-Z and TIDAL, with the streaming company releasing a statement, slamming the plaintiffs and basically telling their lawyers to go back to school, which I guess is something you can do as long as you use the correct legal language.

“TIDAL is up to date on all royalties for the rights to the music stated in Yesh Music, LLC and John Emanuele’s claim and they are misinformed as to who, if anyone, owes royalty payments to them,” The statement said, before going onto detail that they are the ones who have the rights to the master recordings “through its distributor Tunecore and have paid Tunecore in full for such exploitations.”

From here, they basically rip apart their opposition, including not-so-subtly bringing up that the “entire catalogue in question streamed fewer than 13,000 times.” Ending things with yet another legal burn, the final nail in the coffin is hammered in by stating, “This is the first we have heard of this dispute and Yesh Music, LLC should be engaging Harry Fox Agency if they believe they are owed the royalties claimed. They especially should not be naming S Carter Enterprises, LLC, which has nothing to do with Tidal.  This claim serves as nothing other than a perfect example of why America needs Tort reform.” 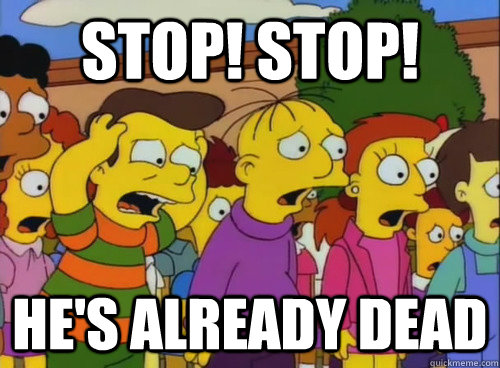 It seems unlikely that after this particular rebuttal has essentially told Yesh Music, LCC to keep the name S Carter Enterprises out of their mouth, that this lawsuit will have the desired effect. In fact if the entire catalogue has been wiped from TIDAL after this ill-filed lawsuit, perhaps other artist will be more on the ball regarding who they should be directing their claims towards instead of just aiming for the brightest star and hoping the subsequent media attention might earn them a settlement.