As Kanye West continues to make changes to his album The Life of Pablo aka TLOP, Tidal has now decided to increase the free trial period, doubling it from one month to two. This is no surprise given that Kanye ended up doubling Tidal’s fan base with the release of his project due to it’s platform exclusivity. 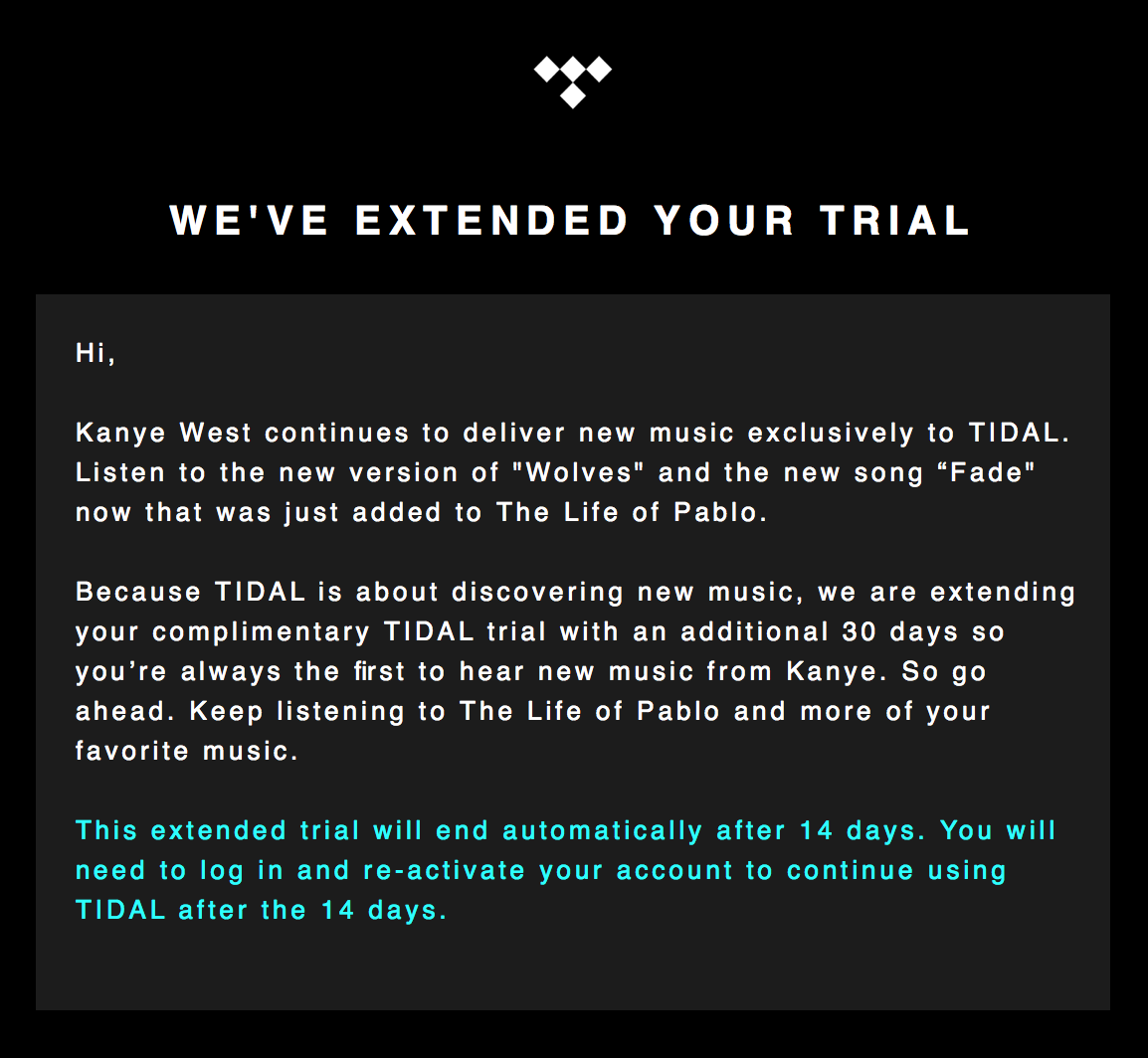 Isn’t that kind of them? Giving us that ‘new’ song Fade- which technically debuted in September. Other than that, in the past two days, TLOP has been changed twice: Kanye updated the beat and a verse on Famous, as well as releasing Franks Track and a reworked version of Wolves featuring Vic Mensa and Sia, a track which had some buzz as an earlier pre-album version.

It makes you wonder though, how much Kanye is going to add or change, and what does it means for the conventional album? With a project that can ultimately be altered an unlimited amount of times, is this just plain unprofessionalism releasing the album too early or a model which changes how future albums will be presented?

To check out these current changes and any others that later occur sign up to Tidal and stream The Life of Pablo here.