Want live recordings of The White Stripes in their heyday? On vinyl? Look no further.

Jack White‘s Third Man Records have announced they will be releasing vinyl copies of The White Stripes’ complete ‘Peel Sessions’ for Record Store Day on the 16th of April.

In 2001, hot off the release of their third album, White Blood Cells, and arguably at the height of their career, The White Stripes performed two separate live sessions on John Peel’s BBC Radio Peel Sessions. The recordings are widely considered to be the best document of the White Stripes at that time and have been lovingly bootlegged by fans over the last 15 years.

The sessions will be sold as one red and one white vinyl and feature songs from their albums White Blood Cells, De Stijl and their self-titled debut The White Stripes along with a few covers and hopefully this song…

Third Man Records will also be releasing the aptly named It’s Not Easy Being Green vinyl of Jack White’s recent cover of You Are The Sunshine Of My Life by Stevie Wonder which for some reason was performed on The Muppets. 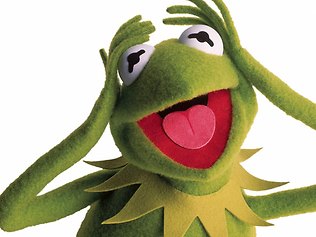 The organisers of record store day have also announced they will be releasing exclusive recordings from David Bowie, Metallica, Bob Dylan, Madonna and Johnny Cash among others.