Secret Garden festival programmer Adam Lewis has spoken out about an incident that occurred at the festival this weekend, where two punters thought it would be an excellent idea to show up at the event sporting blackface – the uniform of ignorant, self-involved white people across the nation.

Festival organisers encourage people to dress up and set different theme each year. The theme for 2016 was Space Cowboy which in no way explains why these people though blackface was appropriate. 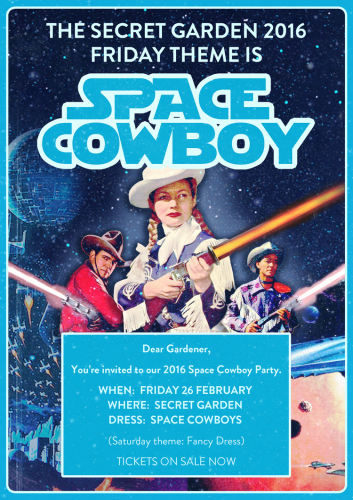 Shortly after arriving, the two were marched to the bathrooms by Lewis and forced to wash off their ‘costumes’. Lewis said, “There were a couple of guys who came out dressed as ‘rappers’, who we saw pretty much right away. We immediately made it clear that it was unacceptable, and I walked them directly to the showers. It was a brief but really disappointing moment amongst an otherwise vibrant and wonderful weekend.”

The beloved festival, now in its eighth year, was held in Brownlow Hill on the outskirts of Sydney, and boasted an awesome line up featuring Bad Dreems, Raury, Gang of Youths and Gordi among others. The festival also tries to raise money for a range of charities. Lewis says, “We’re a festival that prides ourselves on being open and welcoming to people from all walks of life. Anything that makes people feel unwelcome or uncomfortable on the basis of who they are is completely unacceptable to us.”

It is especially surprising to see people openly being so stupid, considering that this exact conversation was sparked up about a month ago when Thelma Plum, Briggs and a bunch of other Aussie musicians called people out for posting photos on social media in blackface. Not to mention the fact that it seriously should just be common bloody sense by now to realise that blackface is bad.

Support for Lewis’ actions at the Secret Garden festival has been pouring out across the Internet. “It’s a big bummer that this happened,” he said, “especially given how clear the community has been about this being not okay. We’re hoping this stupid move by a couple of dickheads doesn’t overshadow everything else that happened.”