I never, ever thought I’d get the chance to see Sleater-Kinney live. Having been a fan since discovering them in around 2004, only two years before they announced their indefinite hiatus, I simply never considered it an option. Until late 2014, that is, when they announced their return.

Last year they released their seventh album No Cities To Love, a full decade after 2005’s brilliant The Woods. It’s hard enough to reform and record new music after so many years, let alone release one of the best albums of their career – but you don’t underestimate Sleater-Kinney. You just don’t.

The trio of Corin Tucker, Carrie Brownstein and Janet Weiss, joined by touring member Katie Harkin, arrived in town to perform at Golden Plains Festival in Victoria, alongside a number of headline sideshows. The band hold Australia close to their heart, having traveled to Melbourne-via-Sydney in 1995 to record their eponymous debut album.

Arriving on stage with little fanfare, the band ripped straight into Price Tag, the raucous opening track to No Cities To Love. Straight off the bat, it’s incredible to watch these women perform with every drop of energy, realness and sheer power that you could have possibly hoped for. 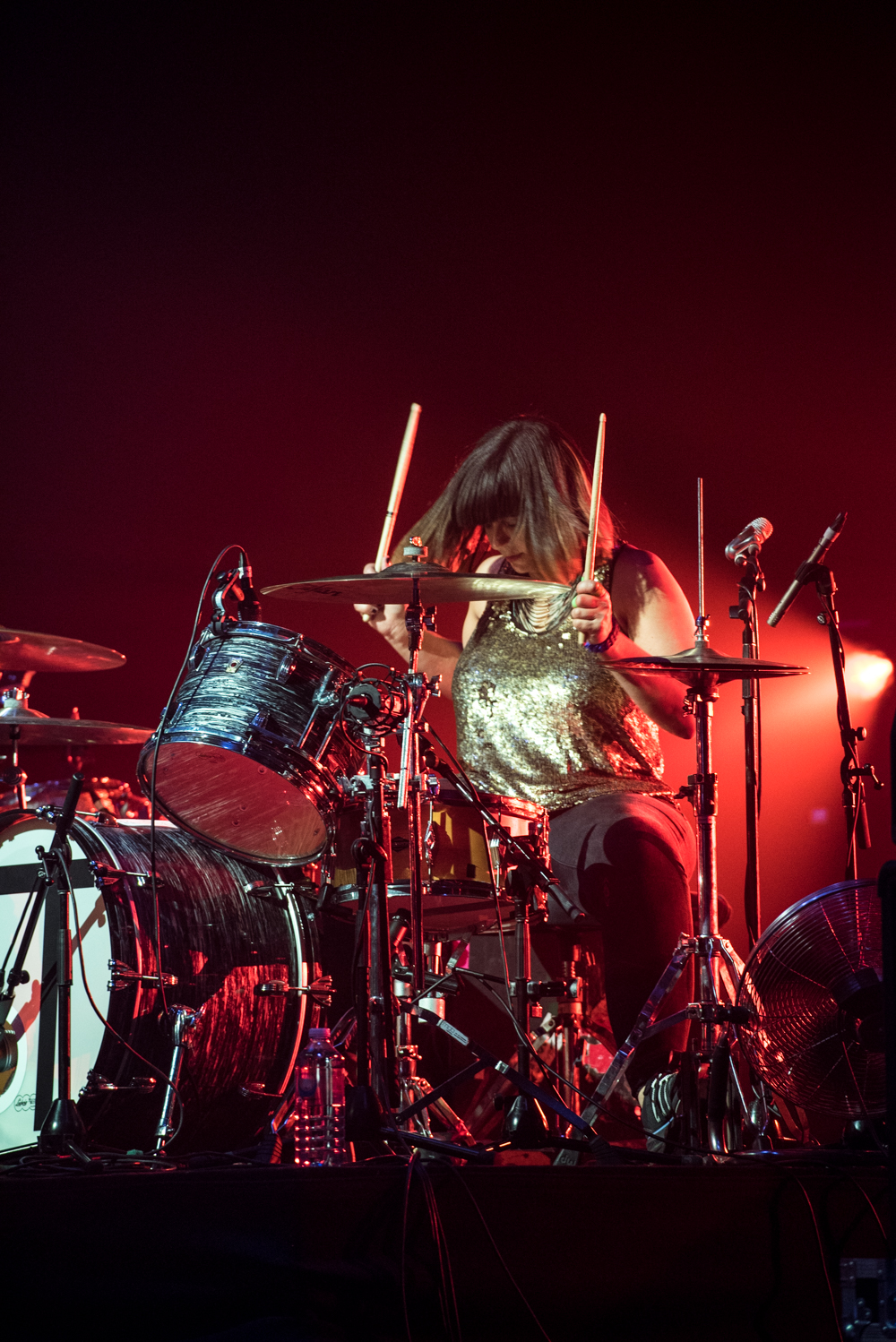 The Concert Hall of the Sydney Opera House is magnificent. Unparalleled acoustics, tremendously vast and hollowed, not to mention visually breathtaking. But for a punk show? It felt weird to be sitting down among in a sea of thousands of others also sitting down.

Luckily, it didn’t last long. Following the two new openers and Far Away, from 2002’s One Beat, some audience members – including yours truly – began to stand, dance, and move towards the aisles to jump about, like strange, vertical mosh pits snaking their way to the front. The aisles began to fill, slowly but surely, and I have certainly never been more sweaty at an Opera House show.

Corin Tucker’s voice is as mighty, bright and brilliant as it was two decades ago. It was truly amazing to hear her performing live in front of me, delivering each melody with passion, devotion and fervent power. Carrie Brownstein has always complemented Tucker’s dynamic vocals with a dark quiver and a unique inflection (one I’ve always thought of as a straight up Ramones influence,) and tonight was no exception. Amplified by the flawless Opera House acoustics, you could hear both artists equally battling with, and bouncing off one another throughout – with both their voices and guitars. The on-stage chemistry between the pair is phenomenal, and it was so cool to see them interact throughout, running toward each other, coming head to head during the guitar-heavy moments – classic rock ‘n roll move and incredible to witness. 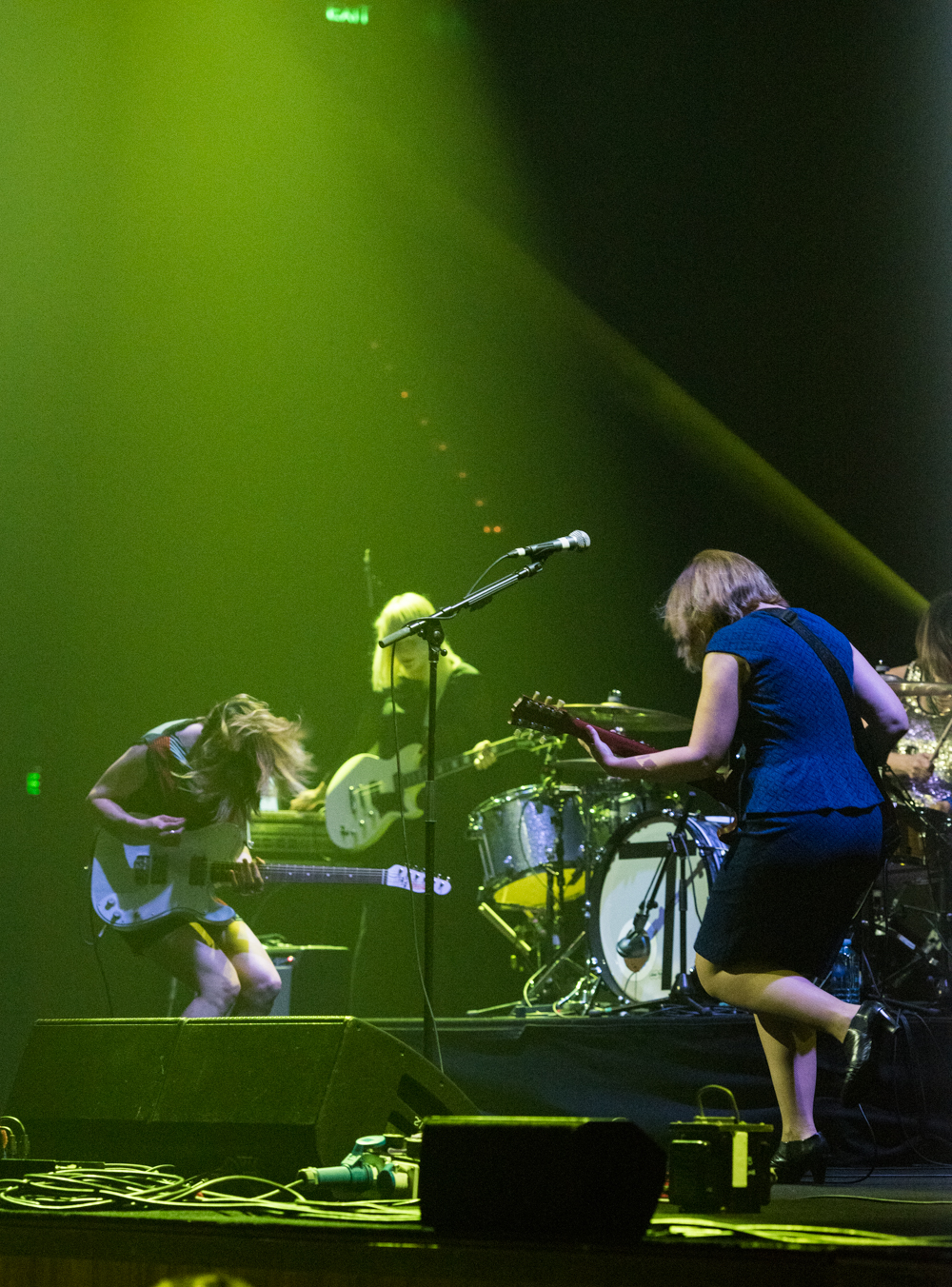 Janet Weiss, meanwhile, is one of the best drummers I’ve ever seen live – hands down. A staunch rhythmic powerhouse throughout the majority of Sleater-Kinney’s career, her kit rang out like a war cry, leading the women through the career-spanning set.

While the set predominantly featured music from No Cities To Love, it was peppered by songs from their entire career, delighting both veteran fans and fresher faces. In between fan favourites like No Cities To Love, Bury Our Friends, Jumpers and more, we were treated to recent tracks like A New Wave and Surface Envy, alongside older songs like Words and Guitar from 1997’s Dig Me Out and Youth Decay, from 2000’s All Hands On The Bad One.

Although many in the audience had filled the aisles with sweaty faces and flailing limbs, it did still feel strange and stifling to see so many people sitting down, calmly nodding their heads and peering up at the stage as though at a ballet or a choral performance – not a punk rock show. While I understand the weight and reverence of a performance at the Opera House, ultimately I think it would’ve been better to book them at a more intimate venue like the Enmore Theatre.

After a brief departure, the band returned for a triple-threat encore: Gimme Love, the stunning Modern Girl, and of course, Dig Me Out. All in all this was a brilliant performance, delivered with all the fervor and energy I had both hoped for and expected. The diverse set was a genuine treat, and the strength and vitality of the band made this a truly unforgettable performance. 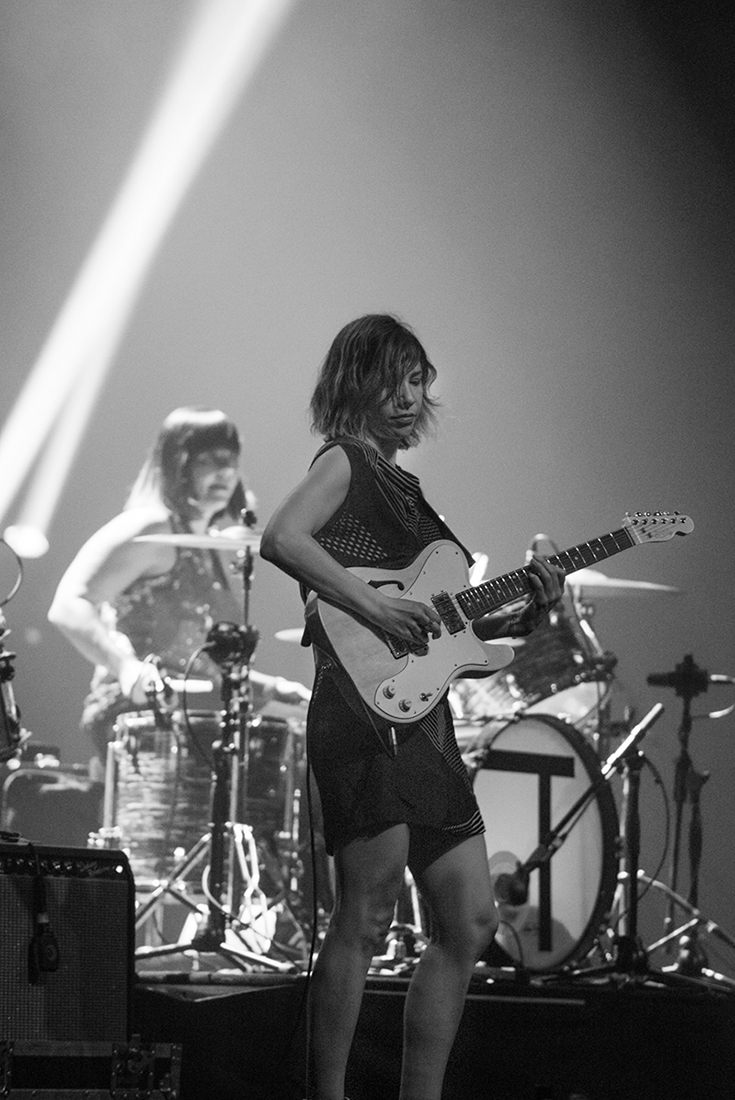 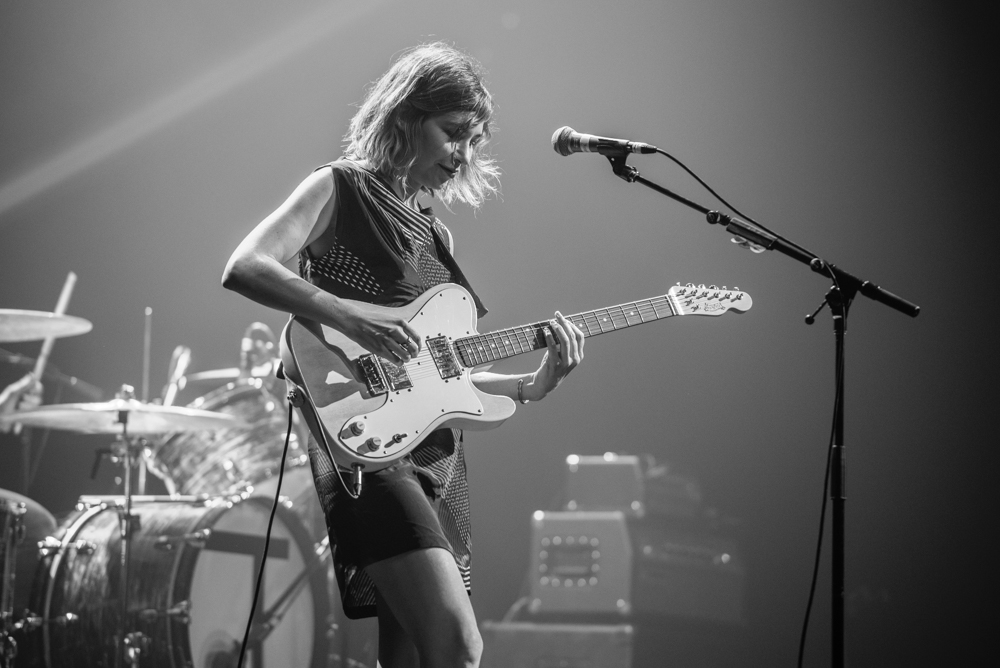 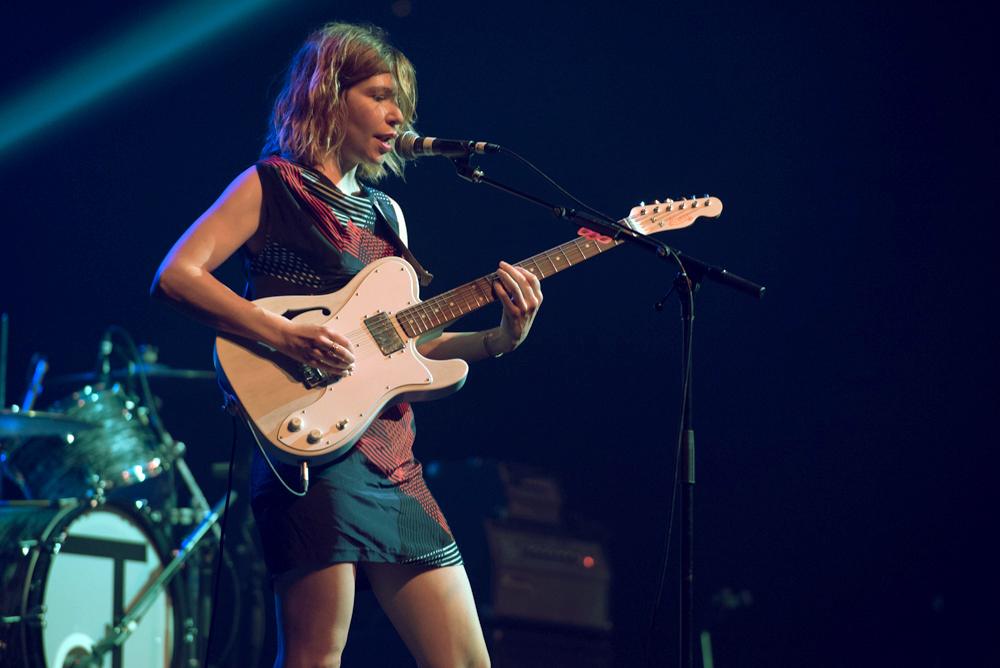 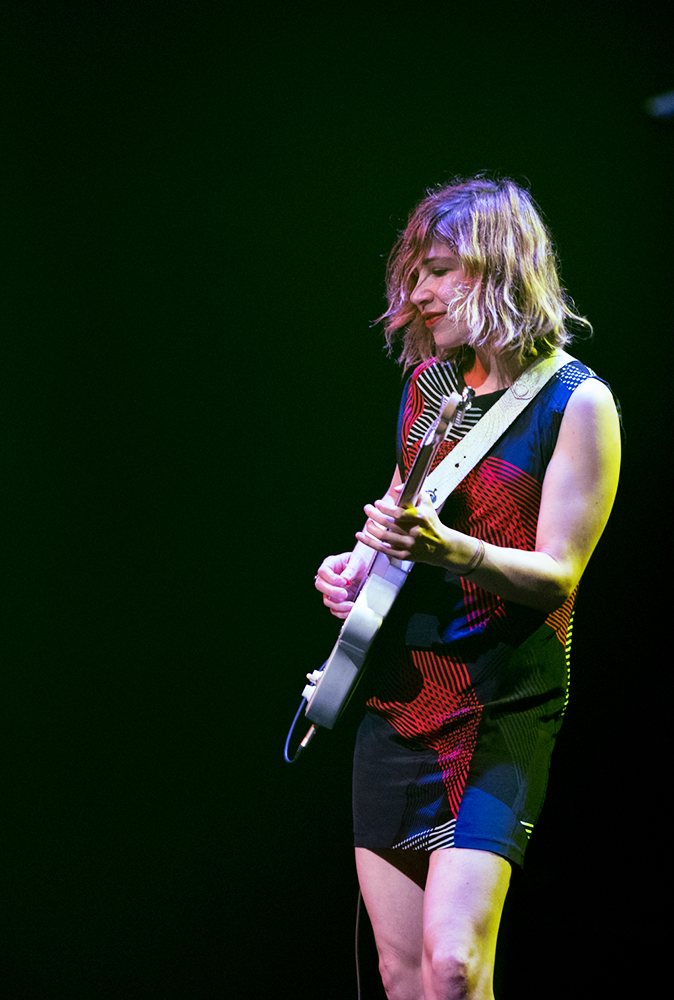 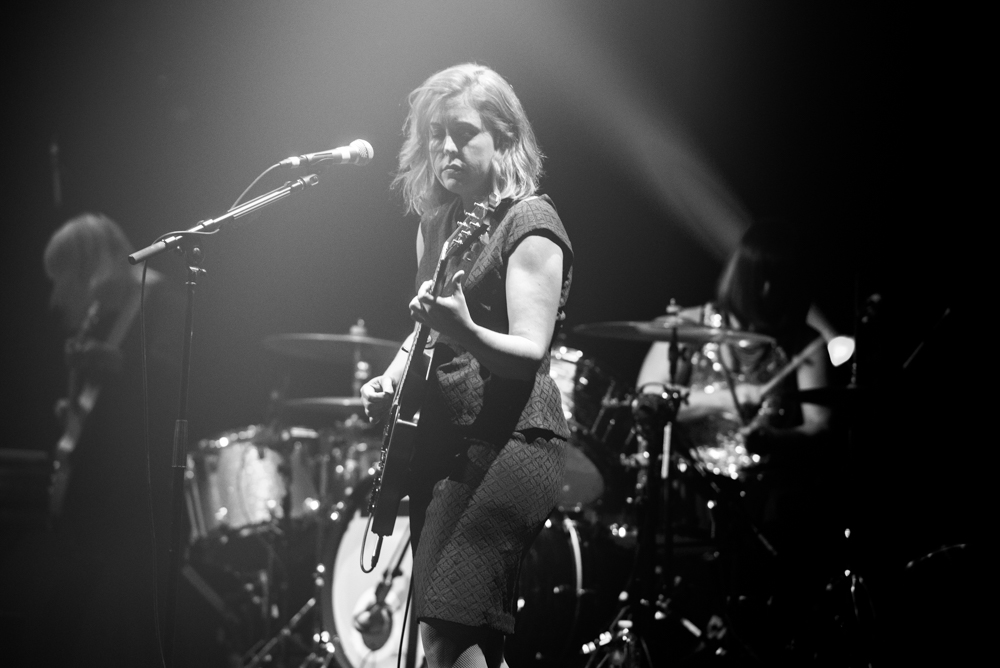 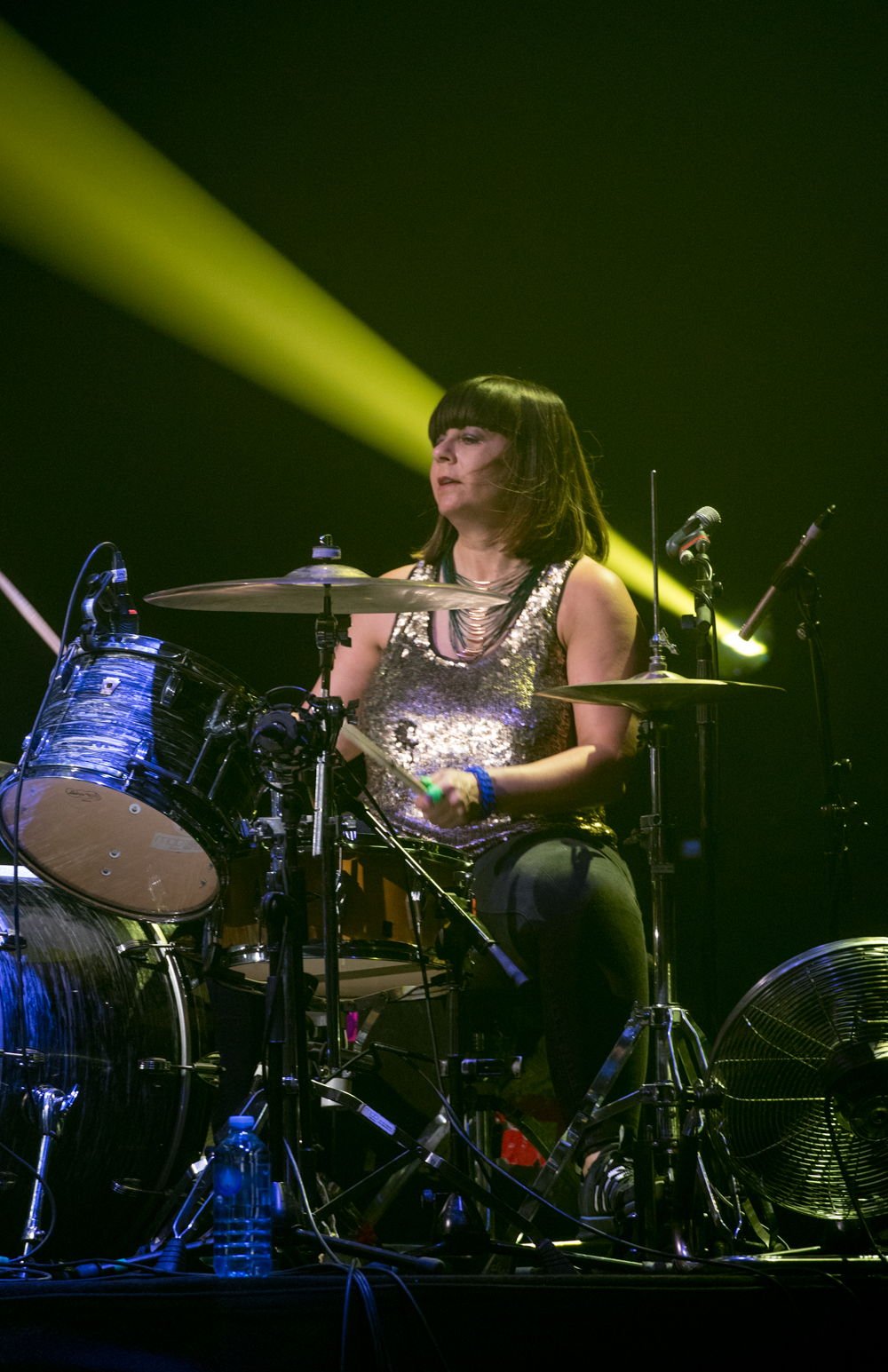 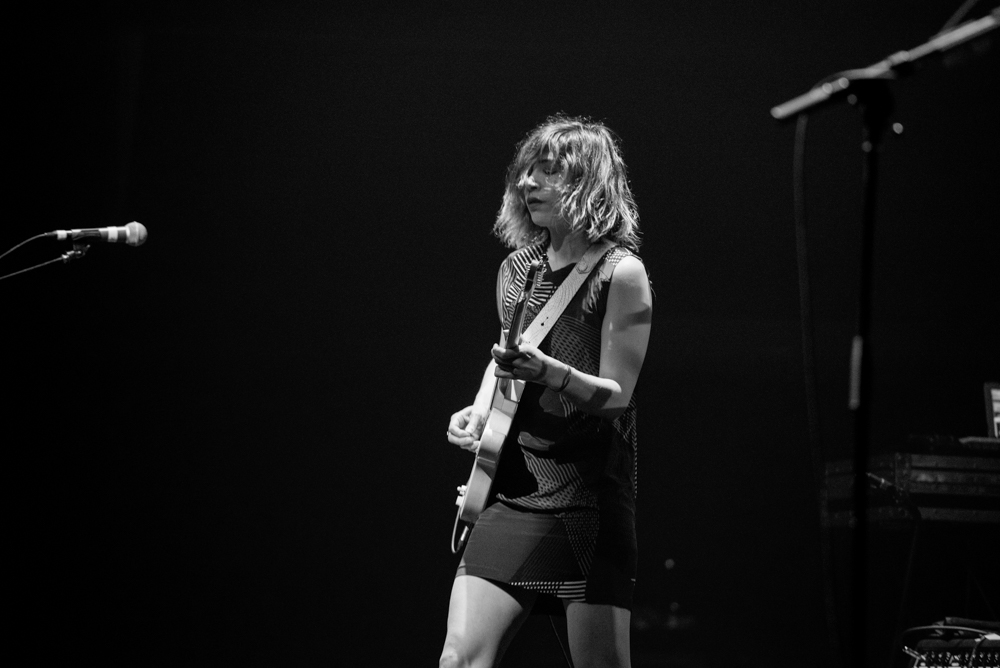 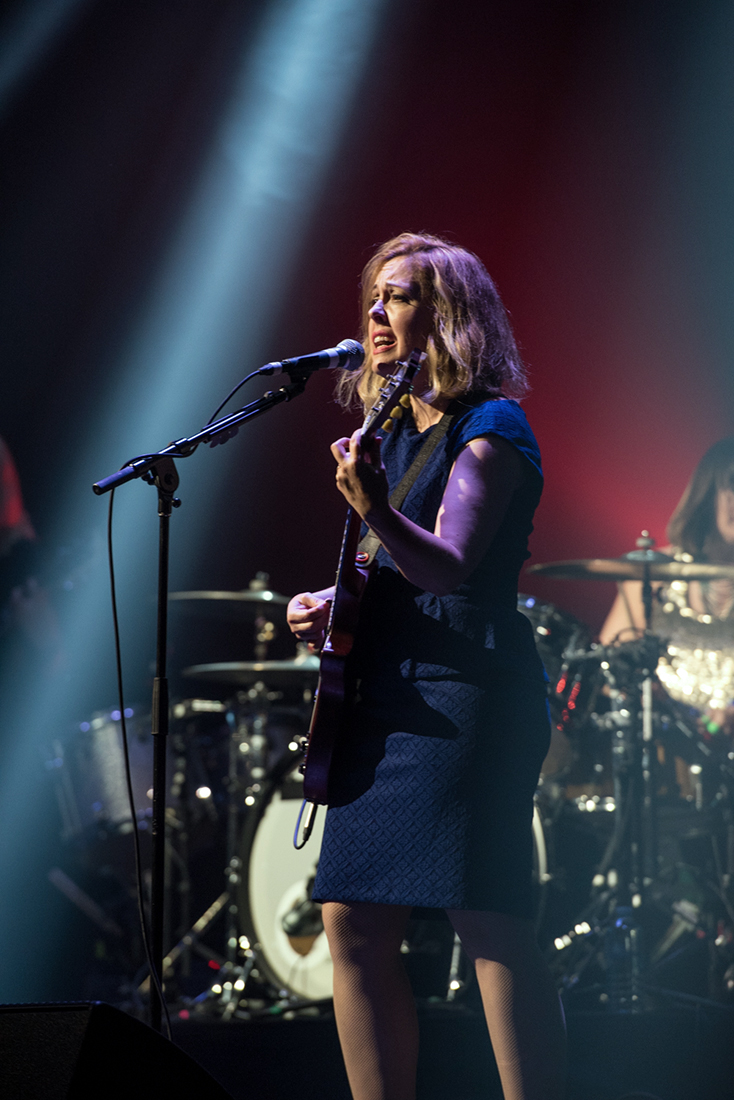 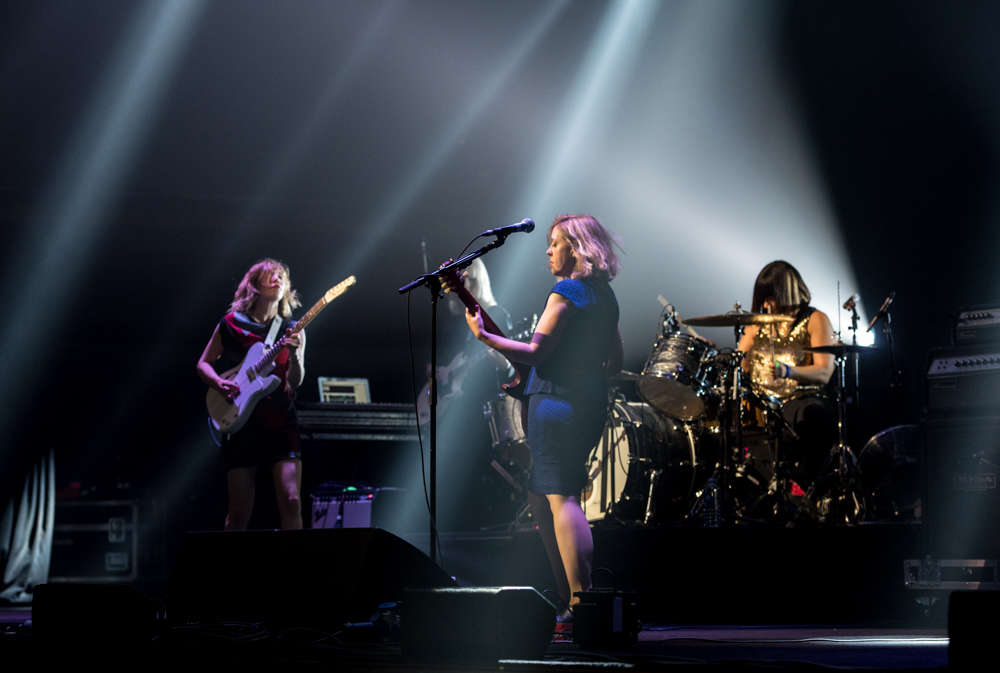