Hailed as “the priest of the sax,” critically acclaimed Jazz genius Kamasi Washington recently revealed that he is working on new music and a graphic novel, among other projects.

In an interview with Rolling Stone after winning the American Music Prize, Washington stated that he hopes to head back into the studio “in the next couple of months,” with plans for “more large ensemble stuff, doing some brass ensembles and not just things with the choir.” He’s also been experimenting by looping himself to create compositions. “Like a 32 piece saxophone thing… I’m like, ‘Hey that sounds cool. Maybe it’s something I want to do for real.”

Washington also spoke about his other projects in the works. “I have this graphic novel I’m working on…This story that inspired me to put out my album in its entirety instead of reducing it down to a single CD. I had a dream [with] a story that encompassed all the songs [on The Epic], which really led me to have the conviction that I was really going to put it out. So I’m creating a graphic novel for that.”

Kamasi hinted at this release in the physical version of his legendary three hour album entitled The Epic. If this is anything to go by, I think it’s safe to say the artwork in this novel is going to be truly amazing. 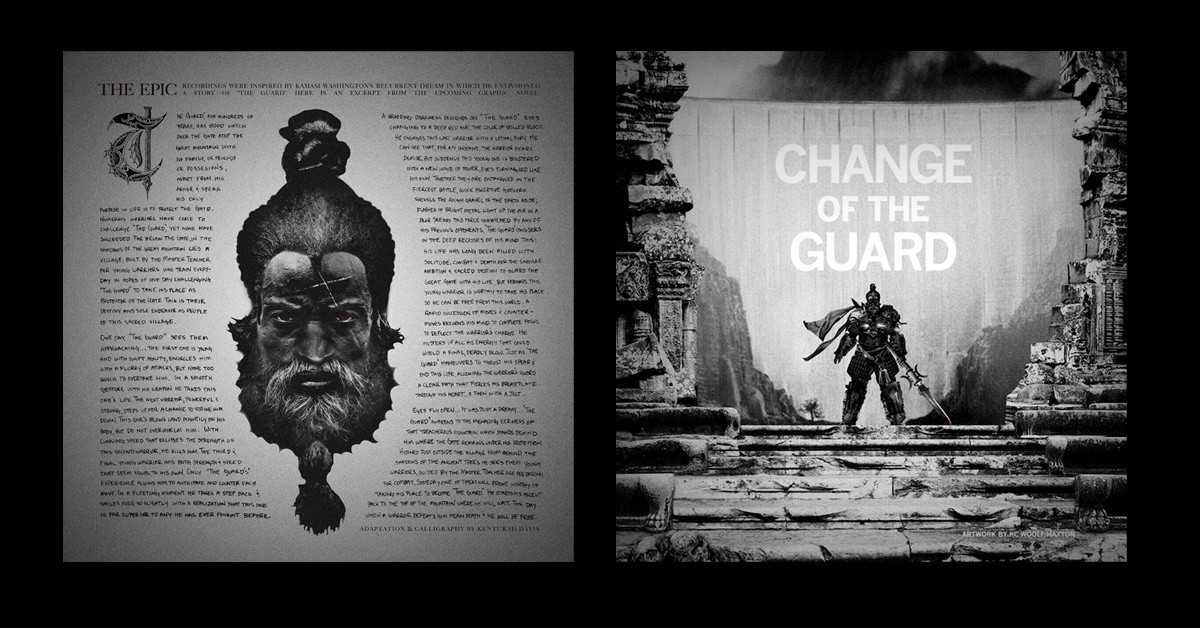 Make sure you catch Kamasi on his Australian tour:

Read more: Most people do like jazz, they just don’t realise it: in conversation with Kamasi Washington