G-Eazy was recently in town on his When It’s Dark Out world tour, promoting his album of the same name. His live performance has quickly built a reputation of it own, and he played to huge crowds across the country. Our lovely ladies at Melbourne radio program Back to the Future spent a few minutes having a quick chat with the man himself about his growing success, musical upbringing, what he’s currently listening to – and what he’s most afraid of.

Read our review of G-Eazy live in Melbourne

Great to have you G-Eazy, is this your first time in Australia?

Nah, I was actually here almost to the date a year ago, we toured here for the first time and I fell in love with it out here, the energy is just different. The concerts and the crowd are more hype, more rowdy.

It must be nice to come from somewhere like the states and see that your music is translating all the way over here.

You can’t put that into words. That’s like the, “I have to pinch myself every day” kinda thing, or when I look at a map and how far away we really are; it’s a beautiful thing.

Can you tell us how long you’ve been making music and how you originally started getting into rapping and producing?

I started when I was fourteen. Basketball was some people’s calling, football or soccer, you guys call it football here I guess, but I was just drawn to music. I’ve always been creative since I was little, whether I was drawing or whatever, and I just got into music. I grew up with hip-hop, so that was naturally what I was drawn to.

Do you have a musical background? Where your parents listening to music? What was the type of things you were listening to as a kid?

Both my parents are visual artists: they’re hippies who grew up in the sixties, so they would play a lot of sixties rock around the house. But the music I was listening to was Tupac, E40, Mac Dre, Eminem.

Do you remember what drew you to that music originally?

I mean, it was what I was around as a kid, culturally. My aunt and uncle were in rock band and I really looked up to them and would go to their shows on weekends.

*laughs* Yeah, there’s two sides of the equation. One, it’s very humbling, to get that kind of recognition after working this hard for this long, to see it come together the way it has and to be recognised with that sort of certification of “gold” and “platinum”, that’s a big deal. These are the types of things you dream of growing up, but at the same time on the other side of the coin, it’s like I’ve always dreamed big, so when you dream big in that sense, I’m just getting started. So you try and maintain that type of perspective.

So your goals are kind of even bigger than that?

Absolutely, I want to keep going as long as I can. 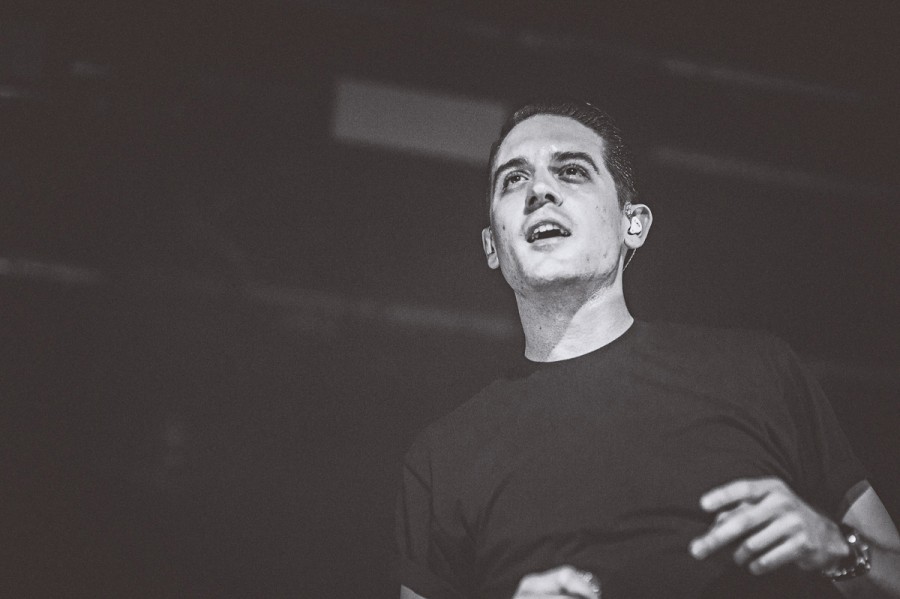 Can you tell me the first concert you ever went to?

The first concert I ever went to besides seeing my aunt and uncle’s shows was Kanye West. I was like thirteen. He was touring off College Dropout. Ironically, he was given his gold plaque on stage that night. He got it for the first time that night. He was tripping. It was inspiring to see.

Does that stem from something in particular?

It stems from nothing! I just don’t mess with birds, they drive me crazy. I can’t walk down the street and be around birds. I’m not really scared of ducks though. I was recently chilling in the park and the ducks were cool.

I don’t mess with seagulls, no. If I’m on the beach just chilling on a towel and as seagull comes up I get all uncomfortable and try scare it away.

You went to the University of Layola, and I read you recently went back and gave a lecture. What was that like?

It was really cool to get to go back to my old school. I just felt really inclined to do it, to be able to talk to kids that are in the same shoes that I was in. I remember being there and kinda wanting some proof in the pudding: you go to school, you hate it and you’re like, why am I here? Who ever made it out of here and did anything? I was like, “Yo, I was in your same shoes hating it just as bad as you are but if you really commit to being something and put the work in, it’s all possible.”

That must have been hugely inspiring.

Yeah. I just wanted to go back, like a peer could. Whereas sometimes your old teachers can’t really translate; but it’s like, “What do you really know about how I’m living? Put yourself in my shoes. You’re from a different area.” 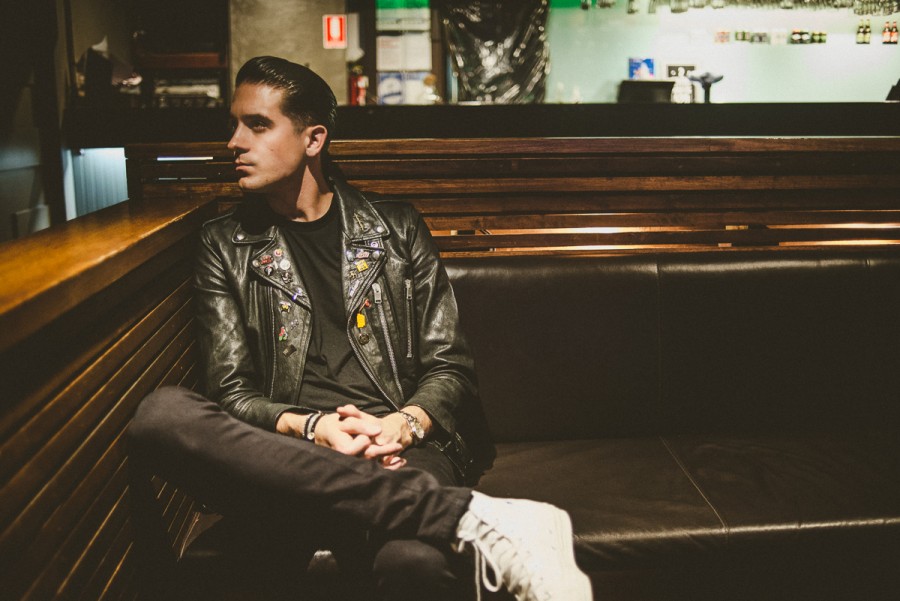 What are you listening to right now?

Ty Dollar Sign, Jeremih, BJ the Chicago Kid just put out a new album which is really dope. Goldlink: I play that album a lot. Vince Staples: his album is incredible. I was listening to Common today. Common is one of my favourite rappers, Be is a classic album in my opinion. I just randomly felt like putting on Be.

We always finish our interviews with some quick fire questions. So I’ll give you two choices and you just pick one.

Tour bus definitely. You don’t have to wake up and go through security. You just sleep on the bus.

Man that’s very difficult but I’ll have to say Mac Dre just for the soil.

Johnny Cash or the Beatles?

Why are you doing this to me?

We always do this. We got to make it hard.

Wow. The Beatles I guess.

Oh the G in G-Eazy stands for gardening, so gardening. I don’t really know how to do either one though, at all. I know how to make top ramen. That’s the extent of my cooking. And waffles. I make some fire ass waffles.

The Roots or Souls of Mischief?

I say The Roots have a longer and more prolific career, for what they have done and what they have given us but then Souls of Mischeif, that’s for the town. I guess The Roots. I just played with them on Jimmy Fallon, that was an honour.

Playing at a festival or your own headline?

Umm, wow. These are tough. I mean festivals are heaps of fun, but I’d probably say my own headline.

I dunno what’s better. Getting paid or getting laid, I just know when I’m getting one the other’s getting away.