It’s a wonderful feeling to know you are speaking to a living legend. An individual who cultivated one of the most influential music labels of the century, Motown. Speaking to the iconic label’s first A & R (artist & repertoire) man, Mr Mickey Stevenson, it is a guaranteed step back into the corridors of history, back to one of America’s greatest music success stories and one that birthed the music and sound of a genre, a culture and above all else a movement.

Mickey Stevenson is the consummate gentleman, old school and classic to his very core. As he shares some of his most exciting years as the man in charge of signing and developing artists like Stevie Wonder, Smokey Robinson, Marvin Gaye and Martha & The Vandellas to name a few, Stevenson also opens up about his early years performing with his brothers The Stevenson Trio, winning music competitions on stage at The Apollo in Harlem, and meeting up with the Motown man himself, Mr Berry Gordy. Stevenson and Gordy became a force to be reckoned with in Motown’s glory days, seeking, creating, shaping and defining the sound of artists that would become trailblazers of R&B and soul.

Speaking to Stevenson about his time at Motown and working with the artists he was able to cultivate, it is easy to see that this was more than a job to him; rather, a commitment to excellence and perfecting a craft. His descriptions about the vibe and energy coursing through the vintage Motown recording studios is almost palpable, where you could almost imagine sitting and watching a young Stevie Wonder or Marvin Gaye create their magic before your eyes. Having worn the hat of mentor, creator, artist, and above all else, lover of music in its purest form.

It is such an honour to speak to a man so embedded in music history – known and respected as the first A&R man of Motown’s glory days, a career that started back in 1959 and has helped created and bring to light some of the biggest legends in the music galaxy such as Smokey Robinson, Stevie Wonder and Marvin Gaye to name a few! How would you best describe who Mickey Stevenson is and the life he has lived thus far?

*laughs* that’s a good question. I call myself a hunter. The best writers, producers, singers, engineers, I was always hunting for the best in these fields. It was a 24 hour job but to me it never felt like work, that’s the difference; when you can enjoy what you are doing, it becomes bigger than just a job and you can do it 24 hours a day. I was in that intense mode and I loved every minute of it. Finding people that would come to me, say, in an audition, saying they wanted to be a singer, but when they sang the song, I would ask, “ Who wrote that song?” They would say “me,” And I would say “ I tell you what, I’ll bring you in as a writer because you are not a singer.” It would be things like that back then, some people would come with the whole nine yards but most often it would be one or the other. My job was to search for the gift that god bestowed on these artists. These artists brought more talents to the table, and in turn we were able to develop the label so much more effectively and efficiently.

Let’s talk about those early days when you were signing all these incredible artists to Motown, all of them relatively babies in age and not knowing the amazing impact they were going to have on the music world – what was the energy like in the recording studios back then and just the artists various attitudes towards their artistry and place in the music community of the time?

In my book The A&R Man, I break it down very carefully on a few talented people, so you could see all sides. Now, when a few very talented artists would come in to the studio to audition, sometimes 30-40 people constantly, and that one person walks in, it was worth that wait. It blows you away. That energy was alive and when I hear the lyrics in their songs, the amount of talent and vision is truly indescribable. My job was to put the best songs on the best people. It didn’t matter who wrote the song and wanted to sing it, for me, it was finding the correct piece to the vocal puzzle – and it was that formula that made Motown as great as it was, and made us all family.

More than an A&R man, you are also a celebrated songwriter and have penned some truly significant hits in the R&B world such as Dancing in the Street, which you co-wrote with Hunter and Marvin Gaye; It Takes Two (Gaye and Weston), Ask the Lonely for the Four Tops and Jimmy Ruffin’s What Becomes of the Brokenhearted to name a few. What do believe it was that made these songs the timeless successes they are and what are the ingredients to writing the perfect song?

In all honesty, when I write – and I am sure this is for a lot of writers – I write from the heart. So I am not too concerned if the song is going to be a smash or anything like that, I am just in the moment and it will come out in whatever it is I am writing. When I write, it comes from the feeling in my heart, and before I hand it over to a singer I have to then decide who can deliver this feeling.  I got to pick that person and work with that person, so if I know that artist and their style it makes my writing job that much easier. The rest I leave for god, like I tell most writers, do all you can to your piece and then leave it alone, he will take care of the rest.

Looking back at your life in the entertainment industry, through so many different eras and trends in music, what would you say in your experience has been the most significant change that the R&B music industry has gone through since the Motown days and why?

I think the most significant change, which is odd, has been the marriage of the visual that is now drawn to the public. The visual gives the public more now than the lyrics did then. It doesn’t have to be a great song to make you love an artist, it can be the way that they appeal to you, so I think the combination between visual imagery and of course the power of the internet. Now I am neither for or against it, but like I have always said, talents are given to you and it lies within your power as to how you use those talents and how you devote your time to mastering that talent. It is all different now, which is great, but it has definitely changed how artists become stars.

What is Mickey Stevenson doing today and what are your thoughts of the music industry as it stands today?

Well at the moment I am doing musicals; plays and theatre, which is a great love of mine. I have some wonderful shows like Singing From The Heart, which is the history of Billie Holliday, Josephine Baker, Lena Horne, all the great ladies of that era. You will love it. Smokey Robinson and I did some of the music together and it is just amazing. I love writing shows where history and music combine and thrive together, so I write a few of those types of plays. And of course my book is doing great, and I have received interest in turning it into a movie, so I am thinking about it and I am happy about it all. 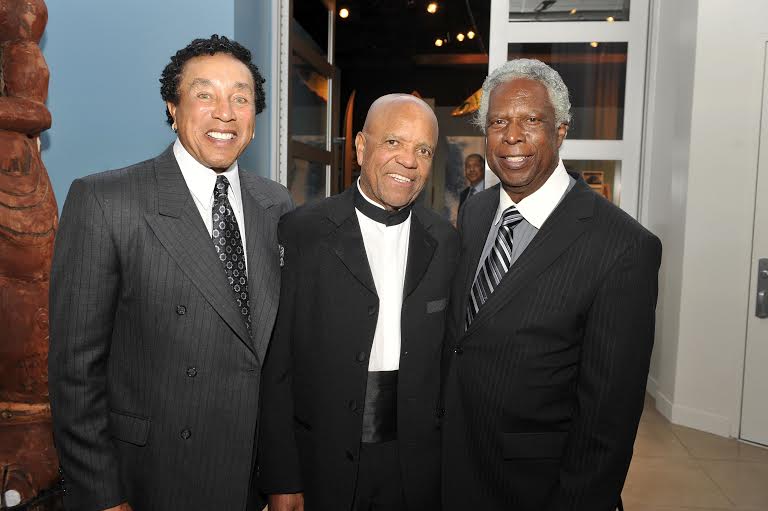 Can I ask you what your working relationship with Berry Gordy was like and how you both got along in those developmental years of Motown?

I never came up in the R&B world, my influence was more of a pop background. So I brought an element of light and sound and an almost live theatre type feeling to Motown, and I was blessed that Berry Gordy gave me the freedom to use my gift freely. Our relationship was very special and I remember when we first met, I had come in as a singer looking to be signed to the label. Berry was looking for an A&R man, but I had no idea what that was *laughs*. During our first meeting I played him some of my songs and I thought he was digging them. so at the end I say to him “so which song shall we put on my first record?” And he looked at me like I was crazy *laughs* and says to me “Record? Look, I like your music man but your voice is shit!” Oh my gosh, I nearly fell to the floor when I heard him say that *laughs*, but that was what we did you know, sought out the best talents in our artists and pushed their god given gifts to the forefront.

What advice would you give to artists today who are wanting to become entertainers and respectable music artists instead of one hit wonders?

My advice is you must make up your mind to absolutely devote the time to becoming great. You try it great, you will fall among the stars. Now to make that work you must know what you are doing with your time, be devoted and know that it will cost you but it will pay off in the end!

For more information on Mickey Stevenson and his work visit his official website.