Back in 1995, Iggy Pop made some interesting comments about the state of American rock music, fashion and more. Specifically, he’s called out the legendary, endlessly influential Led Zeppelin, claiming that he “could never stand” them. The letter, penned 21 years ago, was addressed to Joshua Berger, a journalist at Plazm Magazine.

This is hardly Pop’s first diss, having famously insulted bands like The Clash and U2 across the years. As well as noting that he cannot stand Led Zeppelin, along with all other 60s and 70s music, he breaks down the problems with folk rock, the “worship” of “supermodels,” Calvin Klein advertising and more. It’s biting and harsh, and really interesting.

View the letter below, and read the transcription here, courtesy of Dangerous Minds:

the arts in America today are above all else. Successful artists live like gods. They are REMOTE and useless. the painting and sculpture generally on offer ranges from coy & cute to incomprehensible & huge. Everybody’s sick of it, but it’s exactly what it’s patrons deserve. These people are corrupt and frigid. America today is a nation of midgets led by dwarves. The midgets are small and normal. The dwarves are small and warped. The sickness comes from the top down.

The ‘music’ is mostly 60’s and 70’s rehash, esp. LED ZEPPELIN, who i never could stand in the first place. Also ‘folk-rock’ is back as ‘alternative’. gimme a break. the ‘bands’ dress this mess up in various ‘HIP’ clothes and ‘political’ postures to encode a ‘lock’ on social belonging which you can open by purchasing a combination of products, especially their own, none of them have fuck-all to say.

I hate the inane worship of gross ‘supermodels’ and i positively loathe Calvin Klein ads and that whole school of photography. it is not beautiful. Our gods are assholes.

There are continual ‘shock and rage’ movements in the performing/conceptual arts, but are they bringing anybody a good time? they bring filth death & loathing of self as fashion. I understand them, though. People are lost and frustrated, AND UNSKILLED.

Our country is stupid and degenerate. Nobody is here. People are starving. No one talks to you. No one comments. You are cut off. No one is straight. TV morons. A revolution is coming, and in reaction, a strongman will emerge. Everything sucks. Don’t bother me. 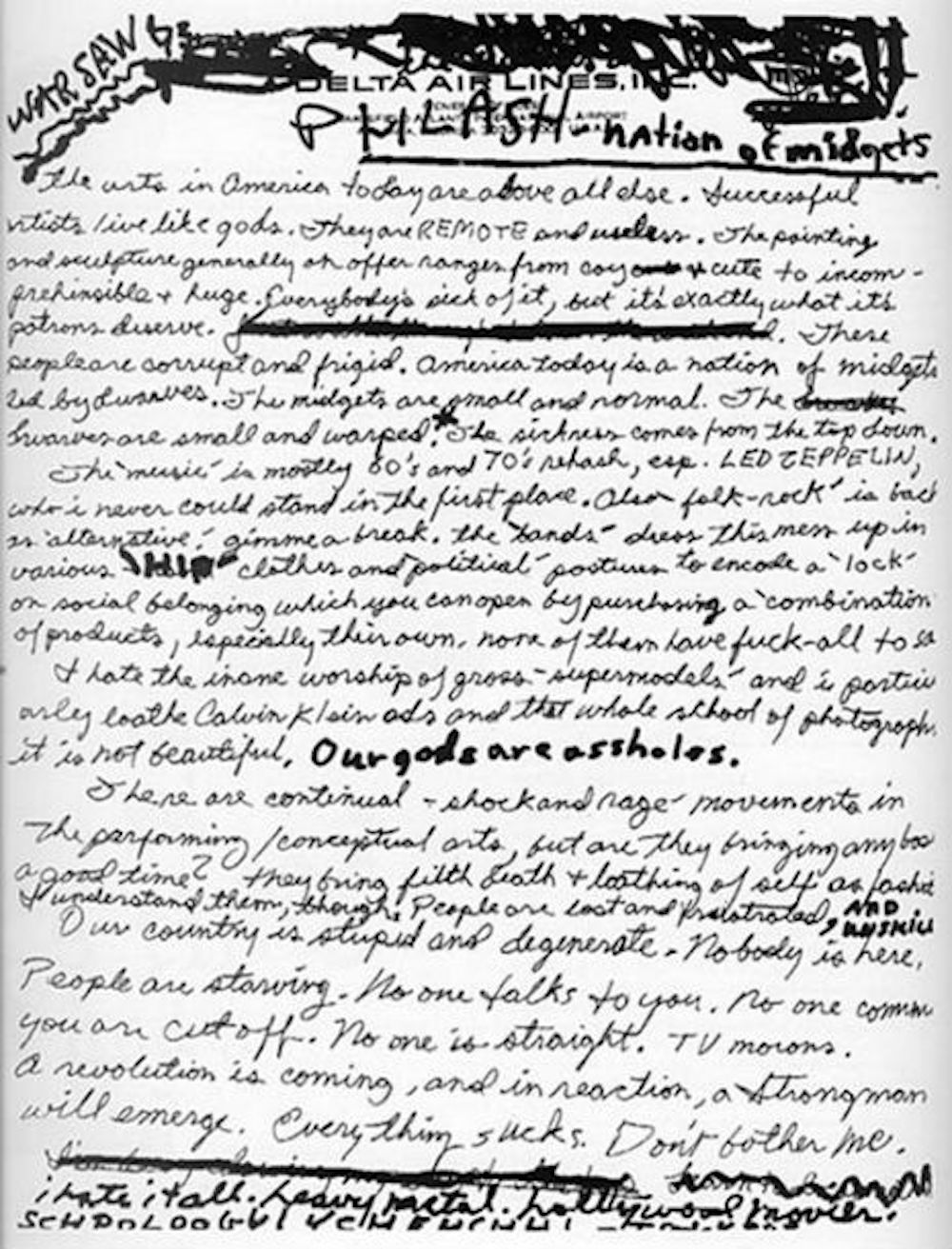 As Consequence of Sound pointed out, Pop doesn’t seem to hate Zep too much, considering he was spotted hanging out with guitarist Jimmy Page in 2014:

Iggy Pop released a phenomenal new album last week. Said to be his last studio album ever and produced by Josh Homme, you can read our review of Post Pop Depression here.