Elizabeth Rose is quickly becoming our next big thing in pop, thanks to her inviting blend of electro and RnB thrown into the mix and her impressive ability to make infectious songs, time after time. She’s been kicking around for a few years now, and has released a slew of awesome EPs, remixes and singles along the way – but no debut album. Until now.

Intra, the name of her debut LP, is set to finally drop in two days time, and is already shaping up to be one of the best pop releases of the year. With singles Another Earth, Shoulda Woulda Coulda, Division and now Playing With Fire already out in the world, we can’t wait to hear what else she is sitting on with this one.

And what better way to hear a record than with a live performance by the artist herself? Not only is Elizabeth Rose’s debut album dropping this week, but she is also set to embark on a national tour in support of it this June! Before things well and truly blow up for her (and trust us, she will), we asked her to tell us a bit more about herself and the three albums that changed her life. Check her answers below, as well as her national tour dates!

This was actually the second album I ever bought as a kid (the first being Aquarium by Aqua lol!) and wow! It still inspires me right to this day. I saw Aaliyah as a powerful, sexy, intelligent woman and it really spoke to me – I knew that when I heard it for the first time it was the kind of career I wanted to have. Standout tracks for me are Rock The Boat & Try Again.

My year 9 singing teacher gave me this album to listen to and I was instantly drawn in. Joni Mitchell is the only musician I ever had a full on obsession with – I listened to every album she ever released, watched a documentary on her and even wrote an essay on her in year 10. What I love about her is just how colourful her use of melody is through her voice and through her unique tunings she uses on her guitar. I taught myself her tunings at the time and used to write my own songs in them. Her honesty in her lyrics is what still inspire me today; I’m a big believer in saying exactly what you mean and not worrying about being direct in songwriting, and this all comes from her. Standout tracks are River & This Flight Tonight.

This album was huuuuuge for me. I got so hooked on the sound that he had on his vocals as well as the synths he used too. I loved that his live shows were quite theatrical too! The record really inspired me sonically. I began to use more hardware synths in my writing and started to become poorer by buying them too! The fact that he produces, writes and sings on his tracks is super cool – it’s exactly the kind of area I want my music to sit in, it’s still hook-y but the production is really fresh and clean. Standout tracks for me are Closer & American Dream. 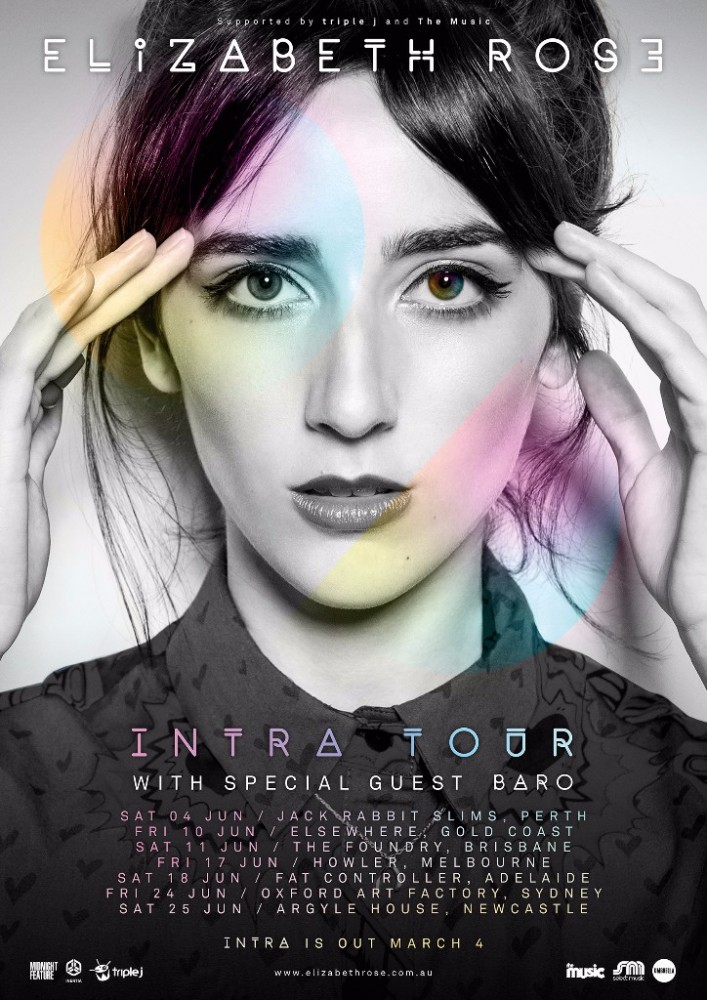 Intra is out March 4 via Midnight Feature/Inertia.