Common and Talib Kweli have just announced an Australian tour, hereby confirming 2016 to be, by far, the absolute greatest year in history for hip-hop artists visiting Australia.

The pair are among the absolute most lyrically gifted rappers in history, and the fact that they’re teaming up is beyond anything imaginable. While it’s technically not a co-headline tour, with Kweli (inexplicably) booked as Common’s support, it very obviously IS a co-headline tour to us, considering they are equally talented, equally brilliant and equally worthy of the top slot.

Read our feature on Common’s Be

The prolific and endlessly outspoken Kweli, who released a slew of new, free releases last year, was booked to perform at last year’s Soulfest, but it was cancelled at the last minute. On top of the groundbreaking Mos Def collaborative album Black Star, arguably the greatest underground hip-hop record of all time, his many solo albums have time and time again proven him to be one of the most important, insightful, socially aware rappers in history.

Read our interview with Talib Kweli: “They’re gonna play a record about hoes and coke before they play a Kendrick Lamar record”

The tour will see the pair visit Melbourne, Brisbane, Adelaide and Sydney, before heading to New Zealand for Common’s first ever headline performance in Wellington. 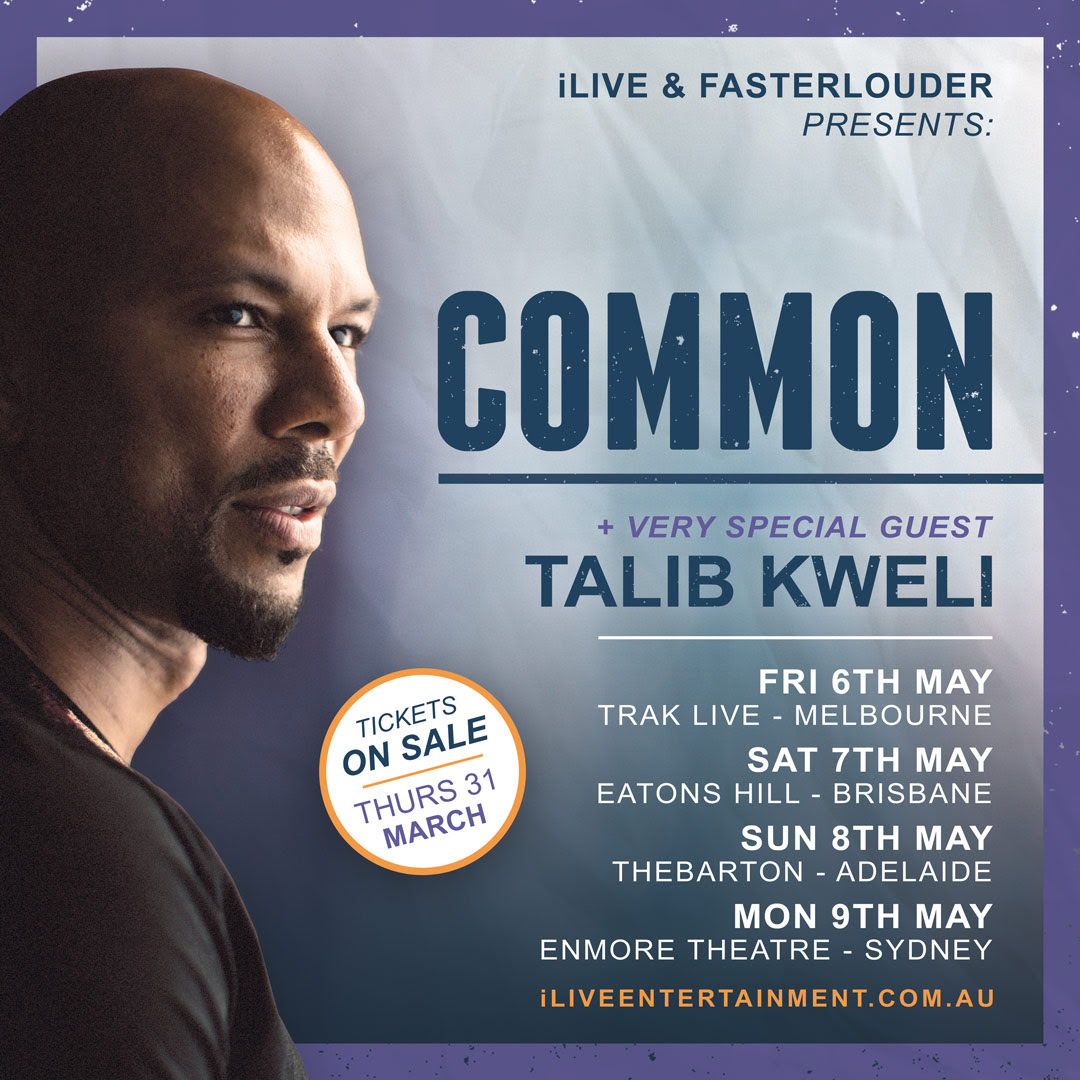