The Amy Winehouse documentary, Amy, received the 2016 Oscar for the Documentary Feature category last night, with the popular film’s director, Asif Kapadia, and the documentaries producer, James Gay, both claiming an Oscar.

The film follows Amy Winehouse’s rise to fame, following her through her Grammy wins, but also documenting her struggles with drug addiction and bulimia, both factors which may have in some way contributed to her early death on July 23, 2011.

While accepting the award, James Gay was quick to thank the fans, saying, “This is for the fans, Amy’s fans, who loved her through thick and thin. That is all she really needed.”

While Asif Kapadia, the director, went in a slightly different direction, choosing to instead thank the films contributors and Amy Winehouse herself.

“To the contributors, everyone who trusted us to actually make this film. Really, this film is all about Amy, this is all about showing the world who she really was: not her tabloid persona, the beautiful girl, the amazing soul, funny, intelligent, witty, someone special, someone who needed looking after. We just wanted to make a film to show the world who she really was.”

The interesting choice of words at the start, which mention people trusting the director and producer to make the film, could well be in reference to Amy Winehouse’s family and friends, who would often not want anything to do with the film after seeing early cuts of it. As the producer himself stated in an interview with Deadline.

“It became a Catch-22, whereby her really close friends would say, ‘You’ve got to tell the truth, and we need you to help us,’ and then, ‘I don’t want to be involved.”

“They left lots of stuff out… Anybody who was any part of Amy’s life in the last three or four years was not in the film.”​

He was also not impressed after the documentary took home the Oscar, tweeting, “always proud of my baby. Amy will not get an Oscar though. Just Asif Kapadia. That is what this is all about…Asif. He’s fooled everybody.” Following up with another Tweet several minutes later, making it clear that Oscar or no Oscar, his opinion on the film will not be that easy to change.

I am not changing my stance just because film won Oscar. It's a negative, spiteful and misleading portrayal of Amy. We will fix this.

While it is understandable that Mitch Winehouse is not pleased with how the director chose to portray Amy Winehouse in the documentary, since a lot of parents have an opinion of their offspring which sometimes puts them in a better light than who they actually are, the real question is why the director and producer decided it was a good idea to continue with making the documentary, when almost every friend and family of the deceased artist expressed their dislike for the film. 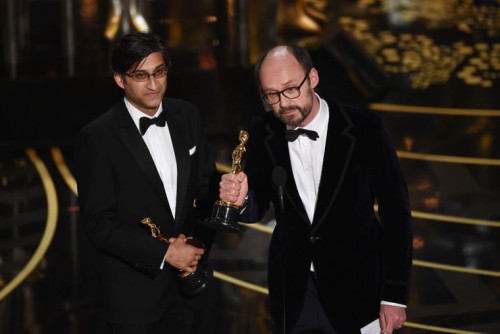