With just over two weeks to go, Sydney’s beloved Secret Garden Festival has just revealed its first round of artists for 2016.

The all-Aussie lineup features some of the absolute best that our country has to offer, across electronic, hip-hop, indie and beyond:

This is just the “tip of the iceberg,” with 50 bands and DJs in total being announced, alongside 30+ actors, pop-up performances and plenty more across eight dance floors and six stages. For those keen to go the extra festival mile, the event has also revealed its fancy dress theme for the Friday night: Space Cowboys.

Secret Garden takes place from February 26 – 28. One day tickets have already sold out, and there’s only a few weekend tickets still available. The full lineup will be revealed once the event sells out – so get in quick!

Now in its eighth year, Secret Garden Festival is a charity-supporting event which has proudly donated hundreds of thousands to Oxfam, The Boys & Girls Brigade and the Sarah Hilt Foundation. 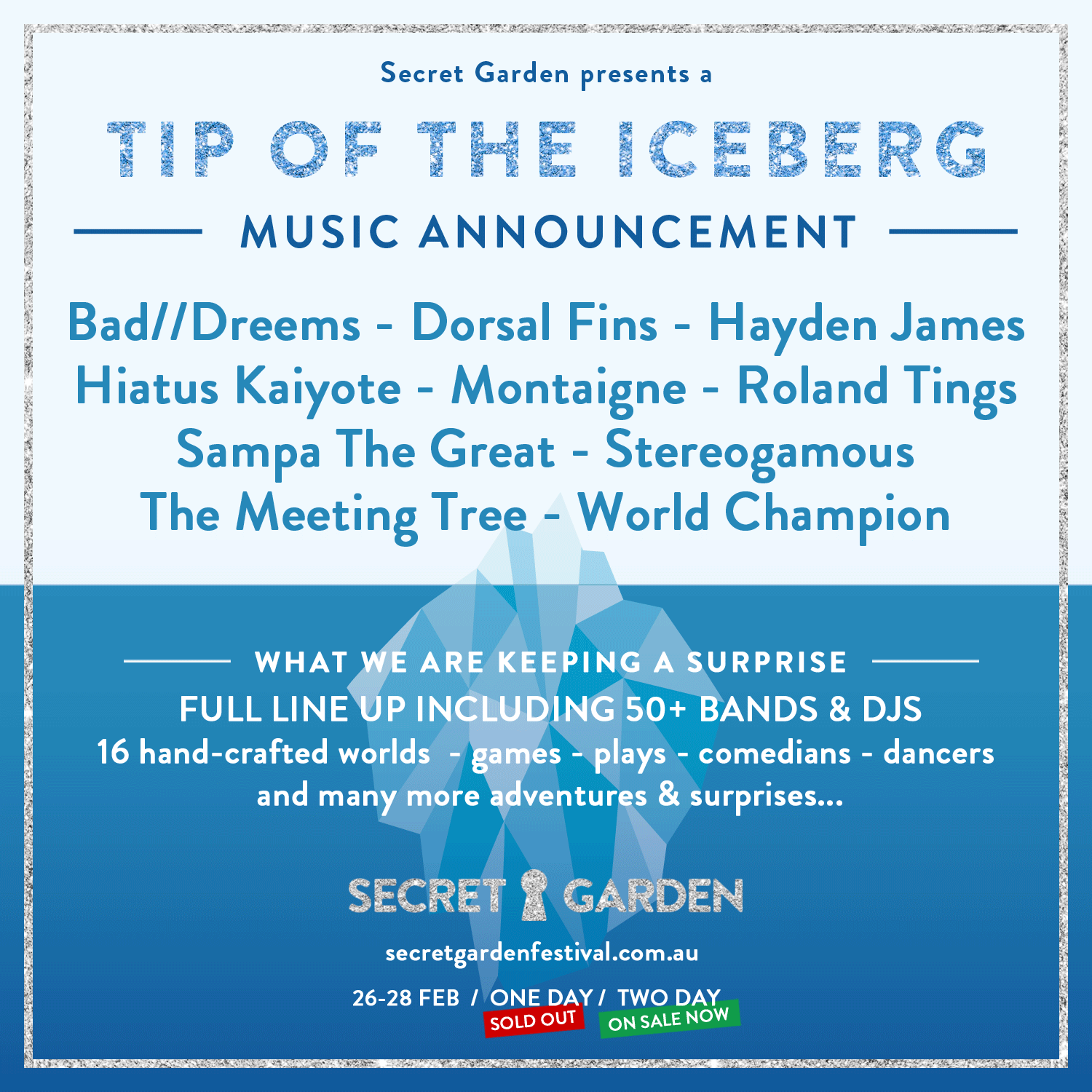