Yeah, you read that correctly – apparently reworking popular music into lullabies for babies is a thing. A super successful and lucrative thing at that.

Rockabye Baby! is part of the CMH Label Group. – “a thirty-eight-year-old independent bluegrass and roots-music stronghold that houses a variety of musical styles under its umbrella, including metal, rap, punk, and string quartet tributes.” While Vitamin Records, which is part of the CHM group, creates classical tributes, Rockabye Baby focuses on making records that are “gentle enough for sleeping babies,” while still able to entertain parents. They take the music parents love and transform them into instrumental lullabies for babies.

With more than 50 releases to date, some of the most popular renditions have in the past included Bob Marley, Blink-182, David Bowie and The Beatles. Now, they’re adding an album of reworked Rhianna hits to the list. Due in stores on March 25th, Lullaby Renditions of Rihanna will feature 12 lullaby versions of the singer’s hits. Reportedly reworked into “a soothing palette of xylophones, marimbas, wood blocks, bells” and other instruments are songs including Umbrella and Rude Boy. There will apparently also be Rihanna-themed children’s games and a baby food recipe for “Umpearella.”

In 2013, the company reworked a number of Jay Z hits including Empire State of Mind, Hard Knock Life and Big Pimpin’ for a similar project.

Track listing and artwork for Lullaby Renditions of Rihanna: 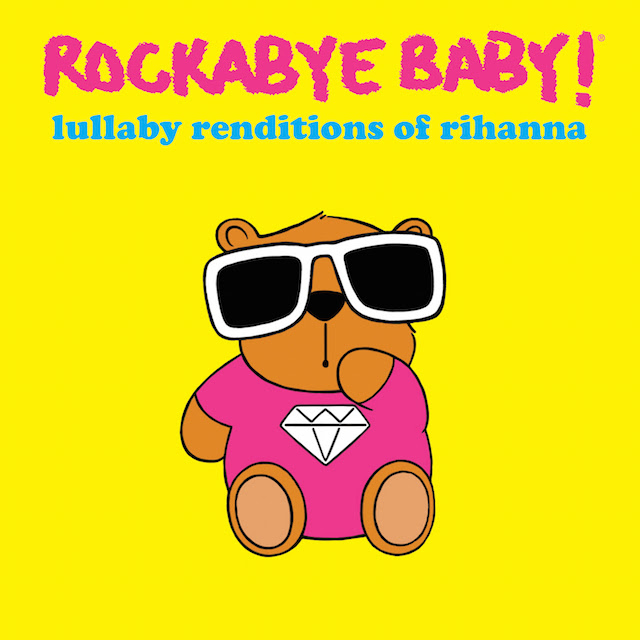