Real name Mike Levy, Gesaffelstein will perform at 170 Russell in Melbourne on May 6 and The Metro Theatre in Sydney on May 7.

Gesaffelstein hasn’t released much since Aleph, his phenomenal debut full-length which came out back in 2013. Last year, he released Conquistador, a collaborative track with the legendary Jean-Michel Jarre.

Unfortunately the tour has only been announced as a DJ set, which should not come as too much of a surprise, considering that Gesaffelstein publicly announced his retirement from live shows early last year, when he performed his final live show at Coachella festival. But considering how amazing his last performances in Australia were, when he co-headlined with fellow French producer and Bromance Records head Brodinski, this should be one hell of a night.

Tickets go on sale this Thursday, with more information to come throughout the week. So hold tight, try not to freak out too much, and keep an eye on the event’s official Facebook page for more. 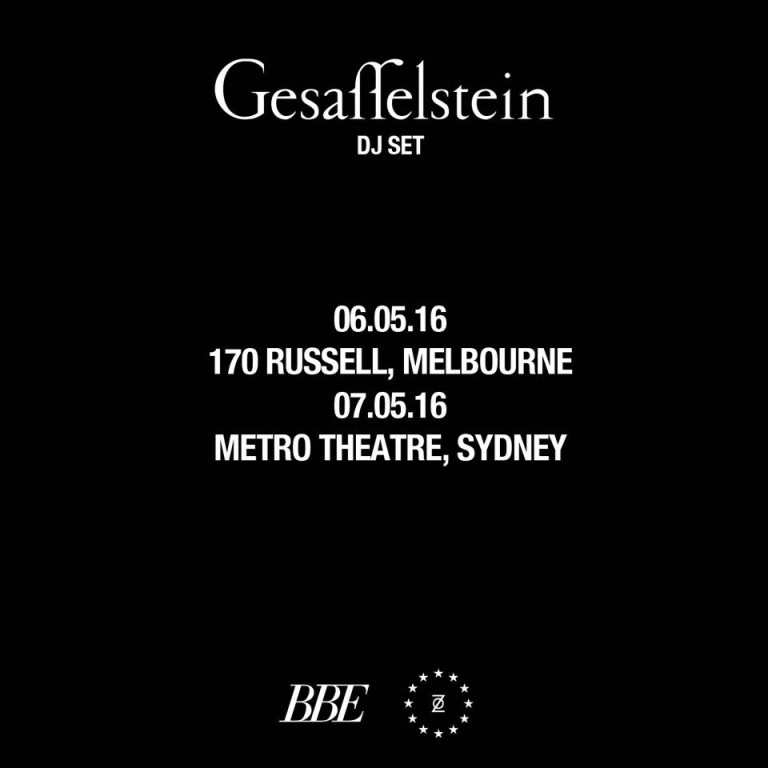