Eagles of Death Metal have just played their first show in Paris since November, at the Olympia. The show was one they had vowed to return to Paris to play since their gig at Le Bataclan was attacked last year, leaving 90 people dead and survivors (including the band) traumatised. Under the guard of soldiers and armed police, the show that should have been, tonight went ahead at a different venue, featuring Josh Homme, who is typically absent at EODM shows. Having sold out in mere minutes, the gig was open to survivors of the attacks to attend, no doubt the reason a staff of 30 psychologists were also reportedly on hand to support traumatised fans.

Prior to the performance, front-man Jesse Hughes spoke in an interview with French TV channel iTélé of his pro-gun stance. He argued that French gun control didn’t prevent anyone dying at the Bataclan and posed that “I think the only way my mind has been changed is maybe that until nobody has guns, everybody has to have them. Because I don’t want to ever see anything like this ever happen again. And I want everyone to have the best chance to live.”

Fans of Hughes would no doubt already be aware of his opposition to gun-control, but it’s always difficult to reconcile how more guns would equal a higher level safety, especially when you’re discussing an attack such as the horrible one that night in Paris, which is not on the same scale as an everyday person carrying a firearm just in case such a situation arises. No, gun control didn’t mean that people survived those attacks, but it has been proven time and again to work in decreasing the number of firearm-related deaths in the countries that forms of gun control measures are implemented in. Gun control works. It’s that simple. 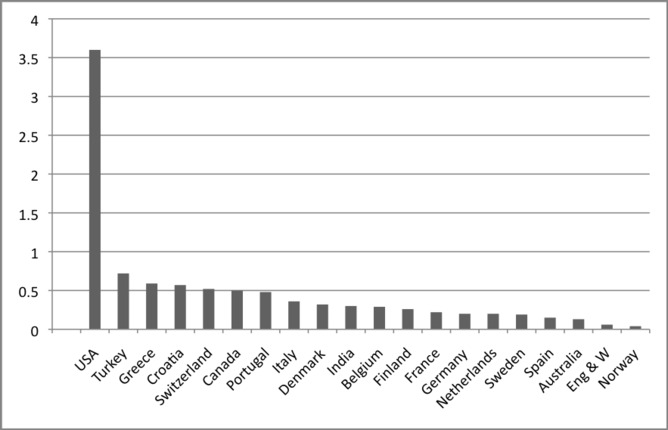 Gun control doesn’t have anything to do with what happened in Paris. Guns would not have stopped what happened, and certainly the notion that we all need them until nobody has them, would not have helped. Did French gun control stop a single person from dying at the Bataclan? No. But would the addition of plenty more guns have made a difference? Extremely unlikely.

Jesse Hughes, we love you, but you’re very, very wrong about this.

Eagles Of Death Metal will be in Australia for Bluesfest and have recently announced sideshows.