With new Rihanna just past and new Kanye just around the corner, it was only a matter of time before the Queen herself, Beyoncé, wanted a little slice of the new music pie.

The superstar, who is set to perform at the Super Bowl 50 halftime show alongside Coldplay tomorrow, just released new track Formation. In true Beyoncé fashion, the track has also been released with its own video, artwork, and even a line or merchandise.

It’s really, really good. Powerful in a way so unique to Beyoncé – you couldn’t imagine anyone else performing this track.

Dark and seductive, it begins with Bey rapping a slow hook with a seriously raspy tone, growing more aggressive as it progresses. Soon, it breaks into a melody bound by a trap-heavy rhythm. With sparse, dramatic instrumentation, this marks a really incredible new sound for the superstar, who has not released new music since dropping her last album, Beyoncé, in late 2014.

The video is powerful and at times, really sexy, with a lot of social commentary, including standing atop a sinking New Orleans police car and shots of newspapers with Martin Luther King Jr on the cover. Watch here:

The lyrics are similarly proud and fairly NSFW, with some celebrating her heritage;

“My daddy Alabama, Momma Louisiana
You mix that negro with that Creole make a Texas bamma
I like my baby hair, with baby hair and afros
I like my negro nose with Jackson Five nostrils”

and others brimming with the kind of sexual and personal confidence that only reaffirms Beyoncé’s immense power.

The track was produced by Mike WiLL Made-It – you can download a copy via streaming platform Tidal right here.

And here’s the official artwork: 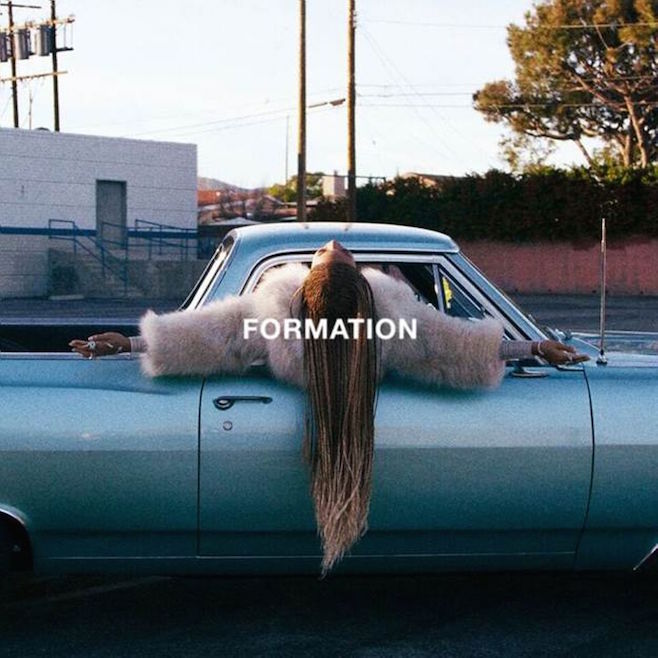