Trans-Atlantic girl group All Saints are back with new music. After teasing their return last year, the band premiered new single One Strike last night, with a chilling synth line driven along by an up tempo undercurrent of percussion and guitars. Listen below.

Member of the group Shaznay Lewis revealed in an interview to NME that the song is in fact a dis track aimed band mate Nicole Appleton‘s ex-husband Liam Gallagher.

The song is full of all kinds of fiery lyrics, including;

Speaking of the song, Lewis noted that, “The lyrics came from somewhere very real. Nic was going through a lot of things at that time. That was at the forefront of my mind because it was the heaviest thing going on.”

The R&B-soul group is set to release their fourth album Red Flag on April 8, their first in ten years from the group after 2006 saw Studio 1 polarize both fans and critics.

The band also recently posted an image on their Facebook of the track listing for the record which can be viewed below. 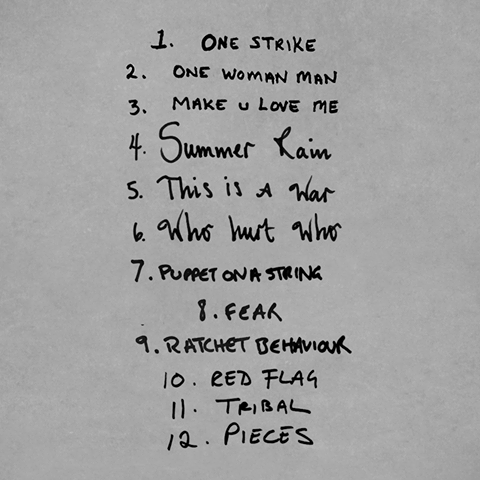