With the festival season now in full swing, punters may be starting to feel a little worse for wear, both in the wallet and the head.

Sometimes the strain of running between stages to catch all your favourite bands, unearthing mountains of cash for camping, parking, food and road tripping across the continent can leave us asking, “Surely there is an easier, cheaper festival experience available?”

It’s for this reason that festivals like Mountain Sounds exist, offering music lovers an alternative to the beer-soaked mayhem of the more prominent Falls and Laneway festivities.

If camping in the lush Mount Penang Parklands on the NSW Central Coast a mere 90 minutes north of Sydney CBD isn’t enough, here are 5 more reasons why attending Mountain Sounds should be near the top of your to-do list for 2016.

Art Vs Science. Holy Holy. Violent Soho. Nina Las Vegas. The Delta Riggs. Need we say more? The Mountain Sounds lineup for 2016 is full to the brim of stellar national talent. Just to whet the appetite even further, the lineup includes a very special visit from an American musician by the name of Albert Hammond Jr who plays in a band called The Strokes (read our interview with him here). Interested? You should be! See the full lineup here.

Despite the first release of tickets selling out, the second release of passes will still only set you back $99. In context, a two-day pass at Falls Festival cost $324, or $162 for one day while Laneway Festival will ask for upwards of $130 of your precious coin. If camping isn’t your style, one night will cost you $49, or $79 for both the Friday and Saturday. Parking is covered too at only $20. The Mountaineer V.I.P packages start at $139 and include such benefits as meet & greet with selected artists, free massages and an exclusive bar. #Bargain

Mount Penang Parklands is located on the central coast. Key word: Coast. That means beach. Thankfully for those of us who will feel a bit worn out after a day of festival chaos, the option of retreating to the calm shores of North Avoca, Terrigal or Wombera beaches will be readily available. 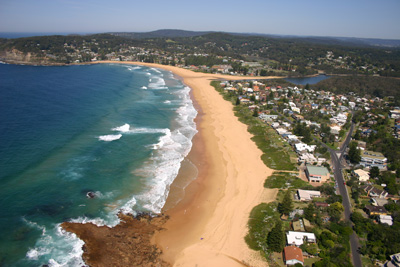 Forget 15 hour journeys in the car in order to windup sun burnt with no money. Located just 2 minutes off the F3 freeway Gosford Exit, the festival won’t take more than 2 hours to access if you’re coming from Sydney-town. Even less so if you’re choosing to take public transport. Shuttle buses on the Sunday after the festival also take punters straight back to Gosford Station, meaning you won’t need to run risk of running foul of an RBT on the way home.

After it was announced that The Jezabels would be putting a hold on touring for medical reasons, fans understood that things more important than music were at stake. It came as a more than pleasant surprise then, when Mansfield, Brisbane’s favourite sons Violent Soho were announced as a replacement. Their breakthrough release Hungry Ghost was certified Gold in 2014 and have recently slotted in at number 15 with Like Soda in the Hottest 100 countdown as well as becoming one of the most pulverizing live acts on the Australian circuit – it’s almost worth the price of admission alone. Hell Fuck Yeah!