Chris Brown is under investigation for allegedly punching a woman in the face. The incident supposedly took place at a party in the Palms Casino Resort in Las Vegas. The woman, Liziane Gutierrez, told police that she snuck past security into Brown’s suite to snap a pic of the 26-year-old rapper. She alleges that when she tried taking a photo of Brown, he snapped, hitting her and taking her phone away.

Gutierrez says she then left the party, and called police a few hours later. She was not admitted to hospital.

Brown’s publicist (one of the most difficult jobs in entertainment), Nicole Perna, slammed the allegations as “unequivocally untrue”, explaining that Gutierrez “was escorted out of the private after party at the Palms Casino Resort for being disruptive and out of control.” 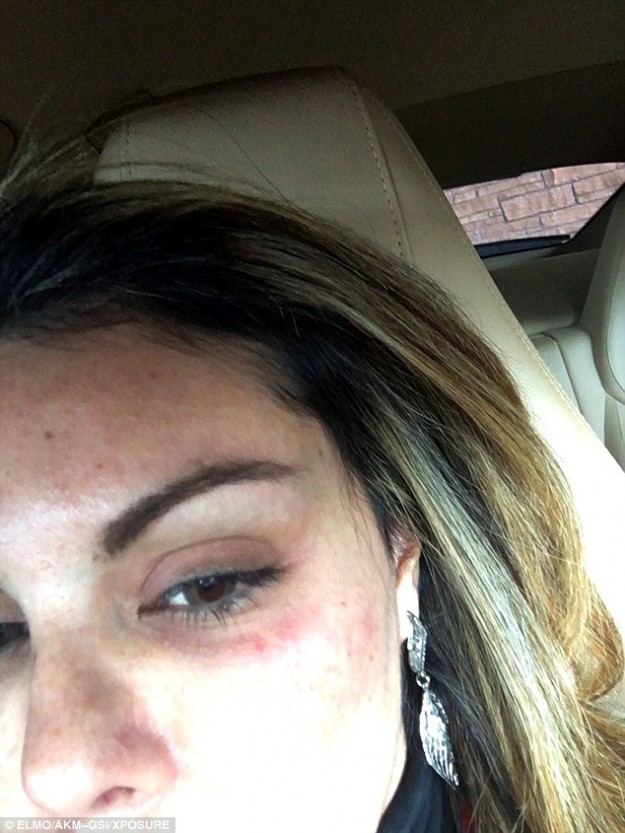 The alleged victim with bruising around her eye. Photo: Daily Mail

“Once she was in the hallway, while waiting for Chris Brown’s security to bring out her phone, she had a total meltdown — throwing her purse to the ground and claiming that she ‘could buy everyone in the hotel’ — as witnessed by numerous people waiting to get into the party. The Palms Casino Resort security also saw her wild behaviour via hotel security cameras and immediately came up to the hallway to escort her out of the hotel.”

Her statement continues, describing the scuffle between Brown and Gutierrez are “a complete fabrication.”

Brown took to Instagram this morning to protest his innocence in a since-deleted video, captured below courtesy of the Daily Mail. The video sees Brown deny the claim, brushing the woman off as “dusty”, “old”, “ugly”, “bitch” and my personal favourite, “look at her in a Jason Derulo video.”

Although it is difficult to take Brown seriously in a situation like this, we cannot deny that Gutierrez doesn’t have a great track record either, and the incident may well have been exaggerated or even fabricated. Following a trial-by-media investigation into the Brazilian groupie, it turns out she’s a repeat offender when it comes to issues like this. Check out this incredible TMZ footage of Gutierrez seriously freaking out on camera after being denied entry into Derulo’s van/after-party.

Chris Brown was supposed to tour Australia and New Zealand in December, but the entire tour was cancelled based on the fact that, well, Chris Brown is a violent, misogynistic idiot. For more, read our breakdown of why Chris Brown has no right to enter Australia.

Read this next: Chris Brown wins big in the 2015 Howl & Echoes Anti-Awards