Wafia glided into our radar last year with her debut single Heartburn, followed by a gorgeous maiden EP, XXIX. Heralded as one of the most exciting female Australian artists to watch in 2016, the 22-year-old Brisbane artist has breathed new life into a saturated genre.

Having just performed with frequent collaborator Ta-Ku (whom she has worked with on his recent cover of Estelle‘s American Girl, and the pair featured on Charles Murdoch‘s recent Frogs, for starters) at Beyond The Valley, Field Day and beyond, Wafia has now announced her first ever headline tour, kicking off in Toowoomba on March 4.

To coincide with the release, Wafia has also released a live video of herself performing Heartburn with Ta-ku at the beautiful MoMA Gallery in New York City. Watch here, directed by Nic Wrathal:

Tickets are on sale now via Future Classic.

Wafia’s debut EP XXIX is out now via Future Classic. 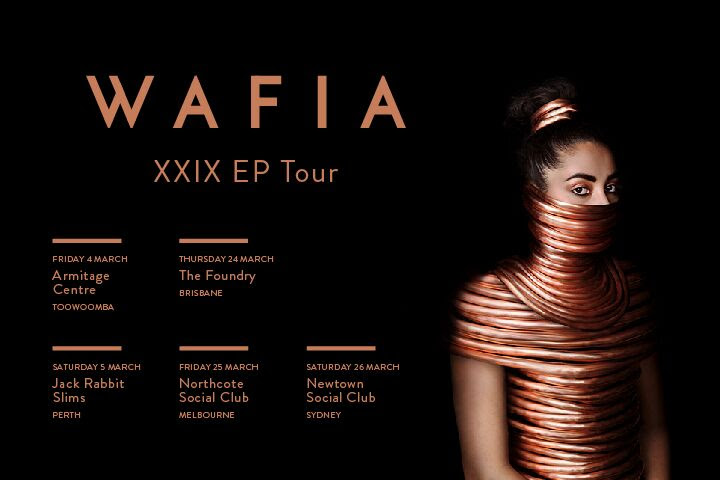