Starbucks and Spotify have launched a new initiative to enable coffee drinkers to save their favourite coffee-house songs onto their phones.

The move, which will add a new dimension to the hipster experience of visiting your trendy local, is thanks to a deal which will allow customers to use their Starbucks App to save songs they hear off the Spotify playlists at Starbucks outlets.

Users will also be able to create their own Starbucks playlists.

In a statement about the new deal on their website, Starbucks noted,“In addition to being able to discover music playing overhead at a participating Starbucks store, Starbucks Mobile App users will now be able to view recently played songs, save songs to a personal playlist on Spotify, “Love” songs to influence future Starbucks playlists as well as share these songs on social networks and “Play on Spotify.” Spotify users can also find new playlists from Starbucks as well as Starbucks most popular music from the past 20 years on Spotify. These features are accessible on Spotify’s Free and Premium services.” 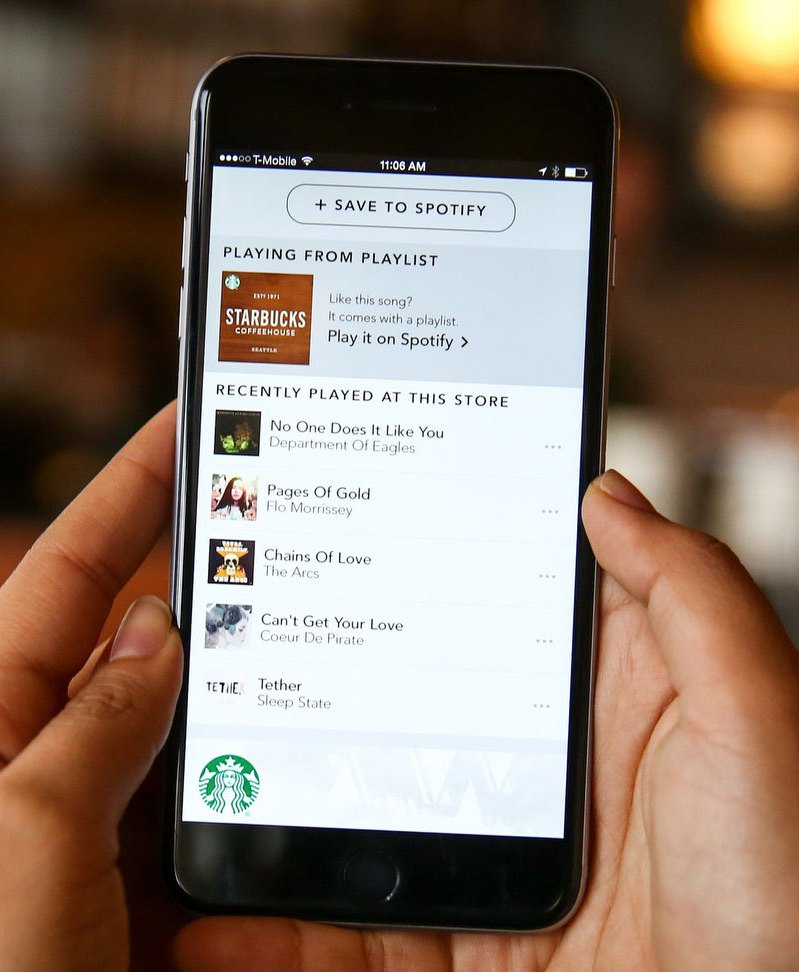 The program is set to be rolled out to more than 7,500 Starbucks outlets throughout America in 2016, reaching over 10 million Starbucks members.

The deal is an extension of the partnership that began between the two companies in May.

“Music has played a pivotal role in our stores for over 40 years and we have been at the forefront of how to integrate it into a retail environment,” said Starbucks CEO and Chairman Howard Schultz.

“Today is the next era in that experience. We are merging the physical and digital, providing new access points for Spotify as they continue to grow globally, placing more control into our customers’ hands and giving artists the world’s largest stage for them to share their talent.”

As of this month, Starbucks will also begin a weekly feature within the Starbucks App, highlighting both emerging and established artists being played across outlets throughout America.

Just another reason to pack up and head off to the states.