Every time I hear the name Santigold, I immediately think back to her self-titled debut (before she dropped the ‘o’). And with that in mind I’m always excited for, and expectant of, something as punchy and slick as You’ll Find A Way, and Say Aha. As yet, those expectations have not been met, BUT the newest incarnation of the New York artist is by no means disappointing.

Having announced her new album, 99¢, last year, accompanied by a new track Can’t Get Enough Of Myself. A taster of feel good pop candy as a promising start – which went a long way to restoring my faith after the release of Radio, from the Paper Planes soundtrack. Having also released the laid-back collaboration track Who Be Lovin’ Me, featuring ILoveMakonnen, Santigold is clearly settled into her chilled out, hip-hop influenced style. 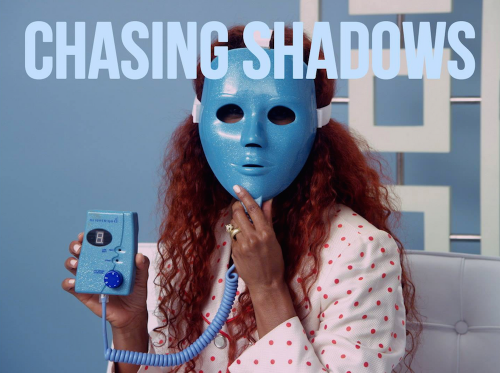 Premiered this week by Radio 1’s Annie Mac, Chasing Shadows sits pretty with a slow beat and 90’s R&B inspired keys. Coming full circle back to the reggae influence that permeates her latest efforts. Something about the intro calls up the classic intro to the 2001 Dr. Dre track Still D.R.E, but the overall track has a groove that complements Santi’s vocal style. On the surface it’s another sugar sweet song, but backed up by her cut glass flow and assertive beats. And that play on dark and light is something that Santi White has always had down.

Secretly I am still waiting for Santigold to explode back with some of the power that carried her debut release, but I can’t deny the absolute credibility of Chasing Shadows. With the release of 99¢ due this year, it will be interesting to see how Santigold’s third album plays out (pun intended). You can listen to Santigold’s Chasing Shadows played out by Annie Mac here (track at 59.25).