Wearing his heart on his sleeve, it’s impossible not to pick up on the East Coast influence in Kyle Rapps’ flow. Citing acts like Cannibal Ox as influence, Bunker is a hard-hitting, aggressive and lyrically on point introduction to the New Jersey-born, Mexico City-based rapper. Backed by shuffling, synth-heavy instrumental layers, the distinctly accentuated verses shoot to kill. Weary, paranoid and with a distinctly Def Jux-level post-apocalyptic paranoia (not to mention the rhythm and flow itself,) it’s pretty amazing that a track can do so much in less than two minutes.

Rapps has dedicated the track to his brother Ben, who still resides in New Jersey, and reportedly inspires the rapper’s lyrical dexterity whenever they spend time together. Having collaborated with heavyweights like Action Bronson and Talib Kweli, it’s unsurprising that his flow is as slick as it is strong.
If you dig Bunker, be sure to check out Rapps’ recent Colossus Theory, produced by A$AP Rocky-collaborator Vulkan The Krusader.
You can guarantee we’ll be hearing more from Rapps in future.

And you can peep the artwork here: 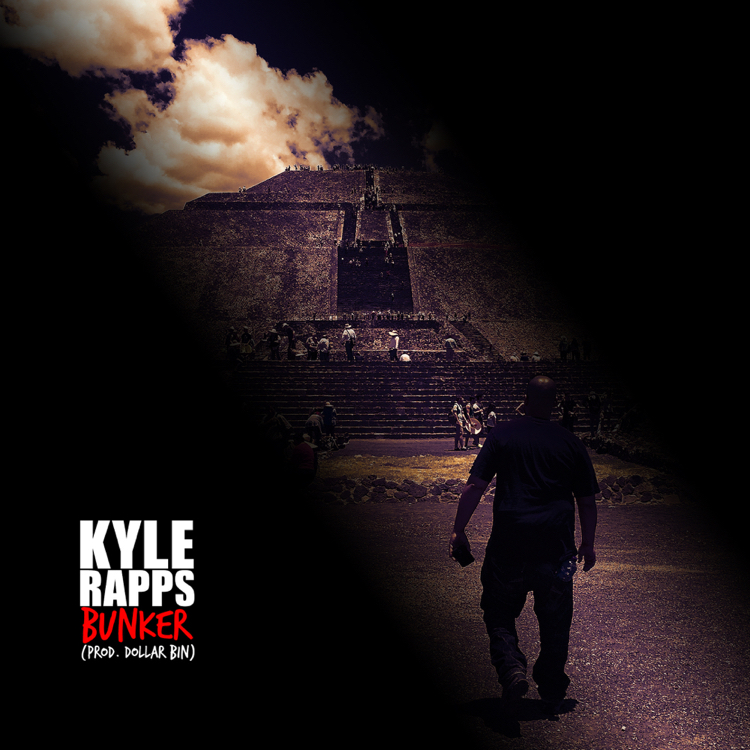