In an interesting new sales trend, the sale of old albums in the US has overtaken the sale of new albums for the first time. 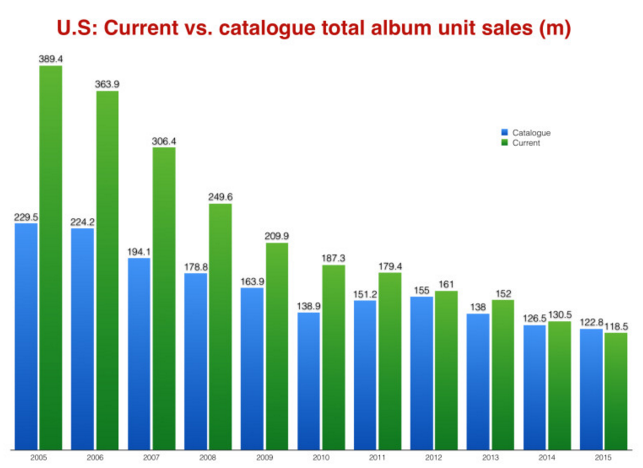 Interestingly enough, Adele’s 25 contributed 7.44m of the 118.5m ‘current’ album sales, which is an incredible feat considering that this is 6.3% in total. It’s also interesting to note that it was only 10 years ago that ‘current’ albums outsold catalogue albums by 150m units.

Vinyl is still doing well,  with the Recording Industry Association of America (RIAA) recording sales of nine million vinyl albums in the first half of 2015, compared with 14 million in 2014. The last time vinyl sales were this high in the US was in 1989, before CDs began to cannibalise vinyl sales in the 90s.

In terms of physical album sales, Nielsen recorded 71.2m catalogue albums sold across CD and vinyl in 2015, a decline of 2.7% form the year before, while 65.8m non-digital current albums were sold. 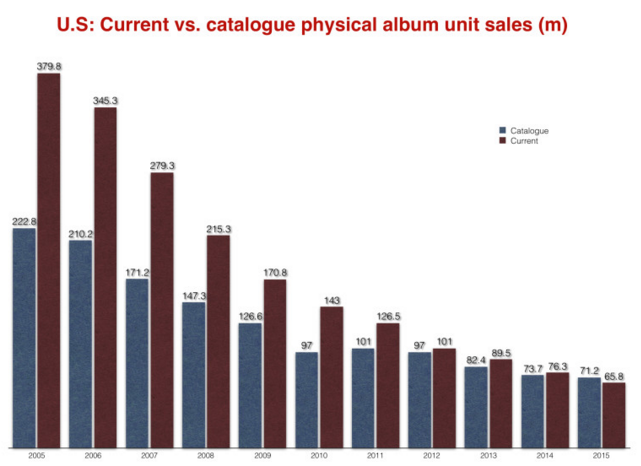 Catalogue tracks also outsold their more current counterparts in digital downloads, with a sale of 484.9m units in total in the US in 2015.

And despite the music industry bemoaning the loss of sales to digital downloads, surprisingly 48.7% of the US recorded music market’s total income came from CDs, vinyl and digital albums combined according to the RIAA. 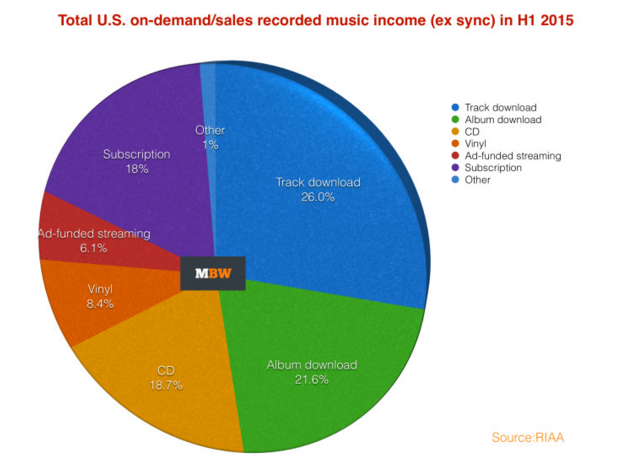