Sometimes, the universe works in mysterious ways and gifts us with great things. Great music, great people, and great beefs for us to follow with baited breath. The best beefs, of course, happen on Twitter amongst celebrities; where they respond to each other and seem to forget (or maybe they don’t) that literally millions of fans are watching the back and forth. There have been a few beefs in recent times, but none quite like what unfolded last night.

Yesterday, Kanye West changed this album name for the third time, prompting an expected flurry of tweets with every man and his dog expressing their support – or lack thereof – for the change to Waves from SWISH. One particularly vocal commentator was none other than Wiz Khalifa, who practically begged ‘Ye not to change the name to Waves out of respect for Max B.

Max B is the wavy one. He created the wave. There is no wave without him.

Im a wavy baby for sure and I'm not having it. https://t.co/M7hhKo5TlP

He's the reason I sing on all my songs. That's the wave. If theres nothing wit that sound ITS NOT WAVY.

Okay, so he was a bit upset. But he seemed to have moved on a couple of tweets later, and all seemed to be resolved… Until he tweeted this:

Hit this kk and become yourself.

And it was ON.

Kanye responded immediately, taking the “kk” Wiz was referring to as the initials of Kim Kardashian, Kanye’s wife.

In a series of tweets which have now been deleted, Kanye went in on Khalifa, not holding back for even a second: 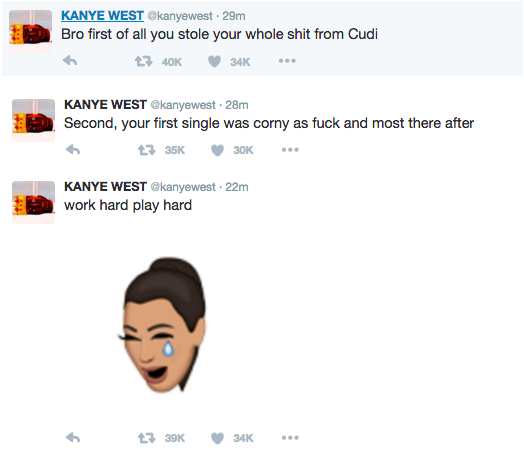 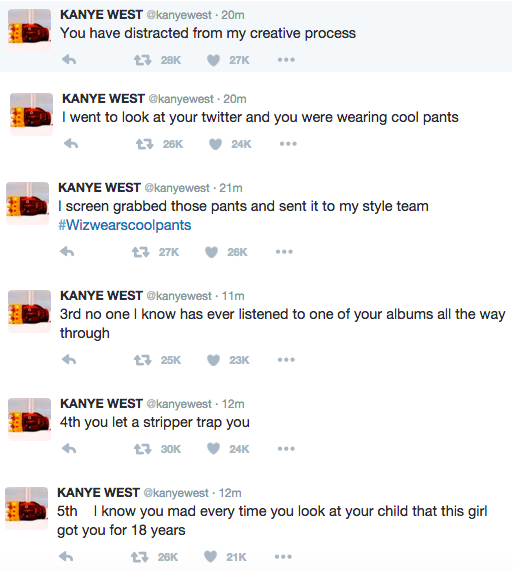 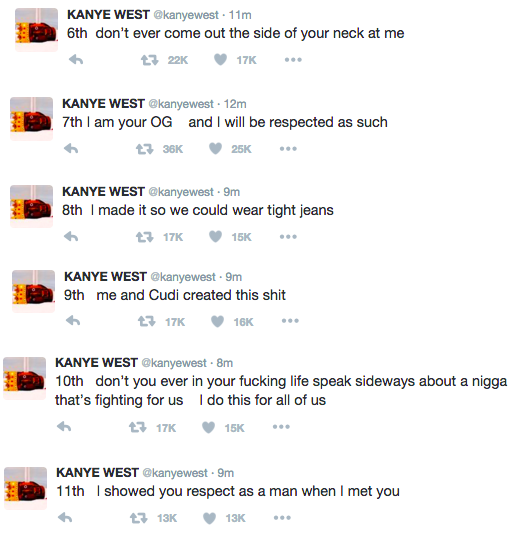 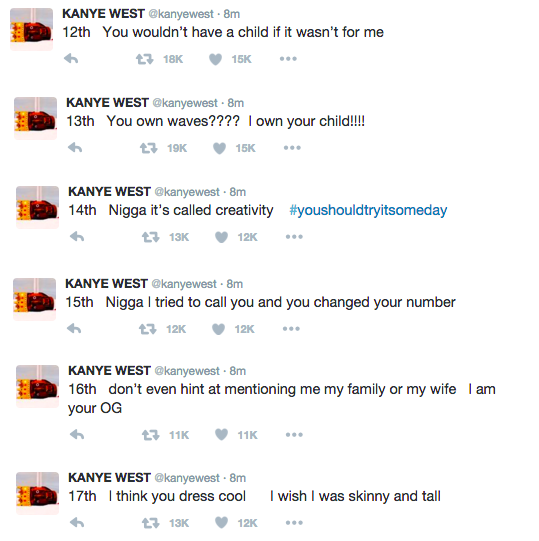 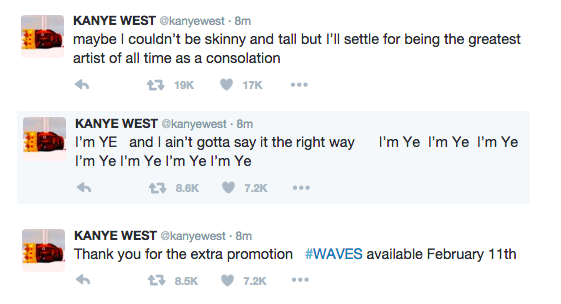 It wasn’t until Wiz cleared up the fact that “kk” is actually weed did Kanye stop the tirade, apologise and delete the series of tweets – but not before Wiz lost two million followers who are clearly loyal to their god, Yeezus.

As petty as it all may seem, we should also note the actual winner of the beef – Amber Rose. Once again, Kanye brought her up unnecessarily due to the fact that he once dated Rose for two years, after which Wiz married her. They also have a son together, but have since divorced. Being dragged by your famous ex-boyfriend is one thing, but being thrown into the mix in something so petty – that’s a whole other. Rose wins for being the sassiest, and quickest, replier ever, tweeting this bad boy to ‘Ye not long after his onslaught:

Awww @kanyewest are u mad I'm not around to play in ur asshole anymore? #FingersInTheBootyAssBitch☝