Known for his all-singing-all-dancing, glittering visual and audio extravaganzas, Australian director Baz Luhrmann will make his TV debut with the Netflix series, The Get Down. Scheduled to debut this year, the series is set in a bleak 1970’s New York City, where a depressed society gives birth to a vibrant culture. Following a crew of kids in the city’s South Bronx, caught between the gloomy reality of their world, and the music that changes that world for them.

Somewhere in the middle of Studio 54, the SoHo art scene and the Bronx Tenements, the series is set in the scene which evolved to produce hip-hop, disco and punk. The trailer for the show aired earlier this month, and as you would expect from the synopsis, The Get Down appears to cover a lot of ground. The first all out musical production from Luhrmann since 2001’s Moulin Rouge!, at first glance this could be Saturday Night Fever meets Fame – in both story and appearance. 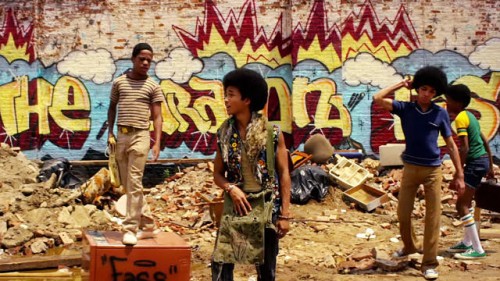 Troubled kids escape their problems, and sing and dance their troubles away on the dance floor and in the alternate reality of the music scene. Navigating their way through violence, poverty and rebellion, the trailer doesn’t give too much away regarding the outcome but manages to hint at the drama in store. So far there’s not much in the way of Luhrmann’s trademark showgirl glitter when it comes to musicals, but clearly his love of the visual remains intact. And the 70’s disco scene with it’s glitter balls and sequins should provide enough of a playground for his theatricality.

The trailer showcases an almost Tarantino-esque feel, as Luhrmann takes on a grittier story than his previous endeavours. In the camera work and also the stylised feel, even hinting at a certain dark comedy. So far it promises what we might expect from Luhrmann as he takes to the streets rather than the stage. 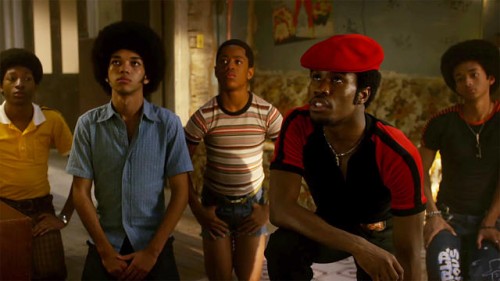 Part I of the series is scheduled for 2016, however we don’t currently know how many parts are coming. Or whether Part I will be comprised of the full thirteen episodes that make up a series. We do however know that the series stars Shameik Moore, Justice Smith, Herizen Guardiola, Skylan Brooks, Tremaine Browne, Jr., Yahya Abdul-Mateen II, Jimmy Smits and Giancarlo Esposito. Actor and musician wunderkind Jaden Smith has also been cast in the series.

It has also been confirmed that Luhrmann will direct the first two episodes as well as the finale, all while producing the entire series alongside TV veteran Shawn Ryan. Bringing Luhrmann’s signature look is costume and production designer Catherine Martin (Luhrmann’s The Great Gatsby and Moulin Rouge!), also with Grandmaster Flash advising and serving as an associate producer.

Watch the trailer below.