Nearly twenty years on, and the intro to the 1997 hit Never Ever is still ingrained in our memories. A little like an ability to rap the entirety of The Fresh Prince Of Bel Air, All Saints’ debut album was a right of passage that has stayed with us ever since. And now the girl group have announced that they are taking a second swipe at a reunion, with an album, Red Flag, due out this April.

The record will be preceded by single, One Strike, which will be released February 26. The band’s first new recordings in a decade, it remains to be seen whether they can again match the dizzying success that they met with in the 90’s. With 12 million record sales, five number one singles, two multi-platinum albums and two Brit awards under their belts, it will be a tough call to match the pop perfection of tracks like Pure Shores and Bootie Call. 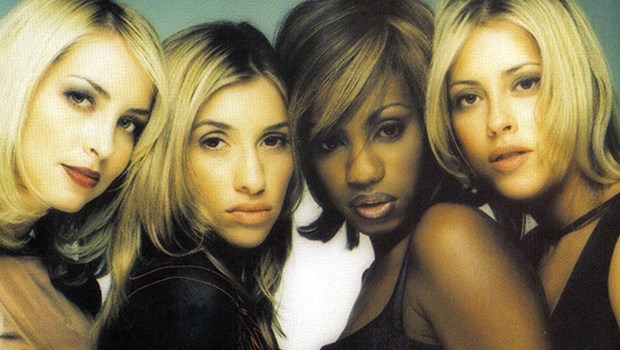 Opening up about the reformation, Natalie Appleton described how the time felt right for the group. “We didn’t force ourselves into this situation and it couldn’t have happened at a better time in all of our lives,” she says. “I just missed being with the girls. It makes us happy. Listen, if you can work with your favourite people, then why not?”

Shaznay Lewis revealed that the comeback single One Strike was inspired by fellow band member Nicole Appleton’s split from Oasis frontman Liam Gallagher. The couple divorced in 2014, and Lewis commented that, “the lyrics came from somewhere very real. Nic was going through a lot of things at that time. That was at the forefront of my mind because it was the heaviest thing going on”.

Nicole’s sister Natalie has also told how “The first few times I heard it in my car I couldn’t stop crying because I could hear so clearly what it was about”. Part of the beauty of All Saints was always the luxurious emotional pull of their pop songs, so here’s hoping that the group deliver something to equal that. And also that they still have those cargo pants… No? Just me then.