When British artist Reuben Dangoor first got to work giving some of our favourite grime MCs the Impressionistic treatment earlier this year, his aim was to have people look at what he saw as an often maligned and derided genre (at least in the mainstream) from a different perspective.

To that end, he came up with some absolutely mag-fucking-nificent portraits of some of the most influential grime artists of today. And the best part of it all, is that it’s been picked up by an actual gallery – the famed Tate Britain in London.

Here we have Assoc. Prof. Stormzy (and his Oxford tutor Wiley in portrait-ception in the background): 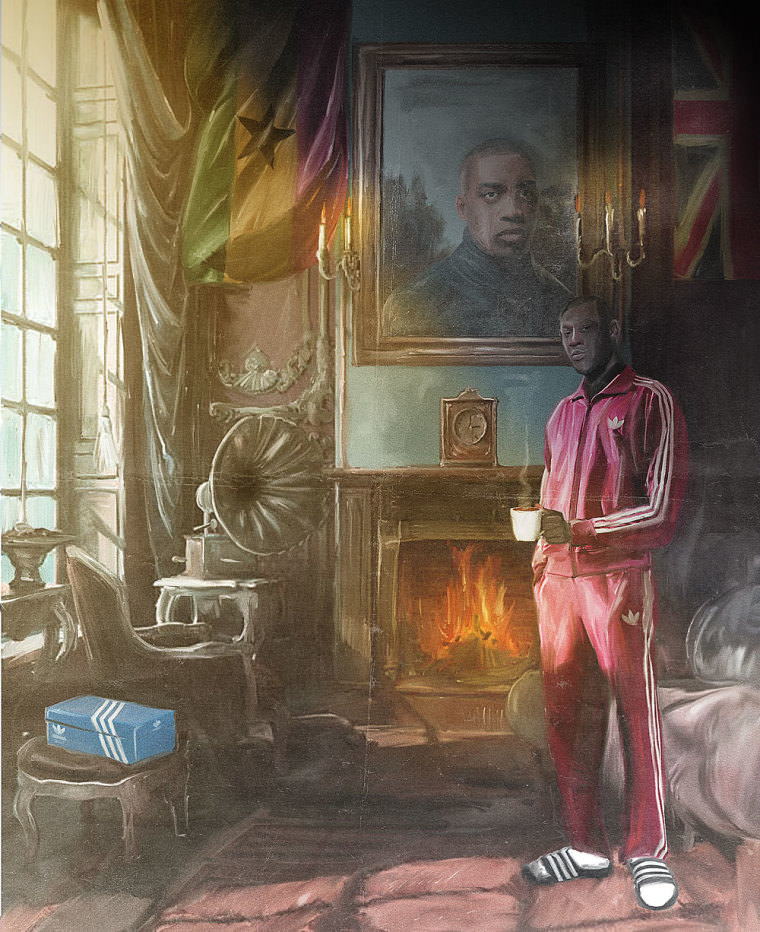 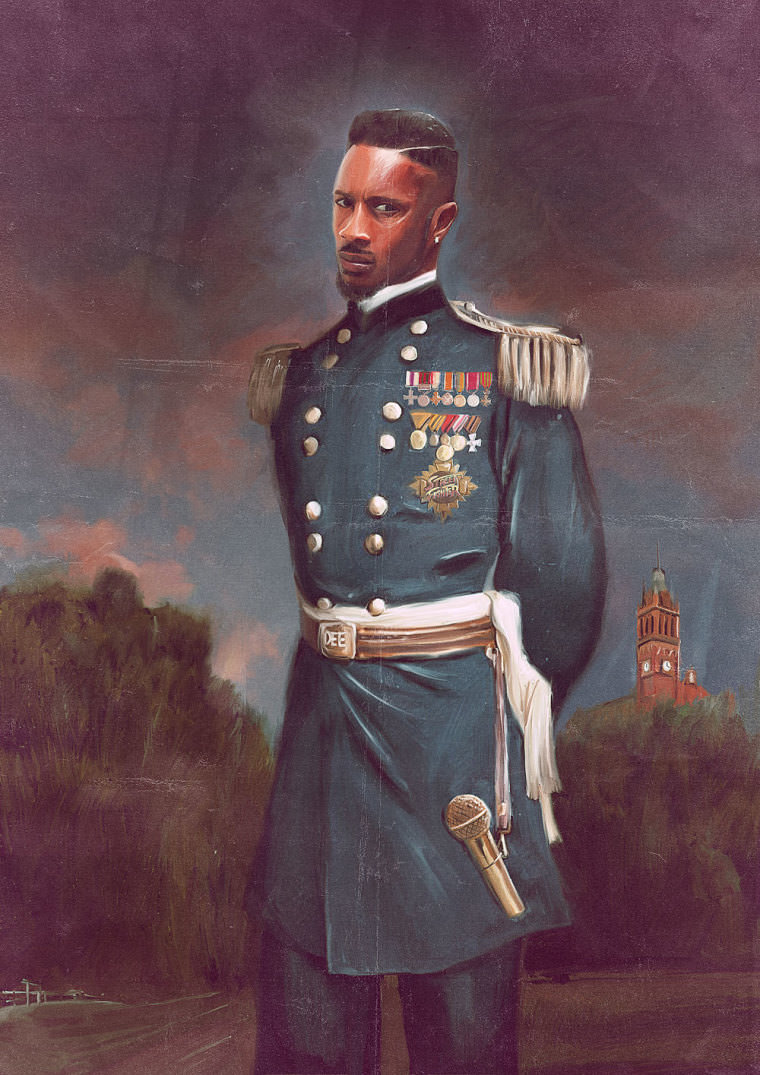 And finally we have Sir Skepta of Tottenham, looking majestic as all fuck astride a white steed: 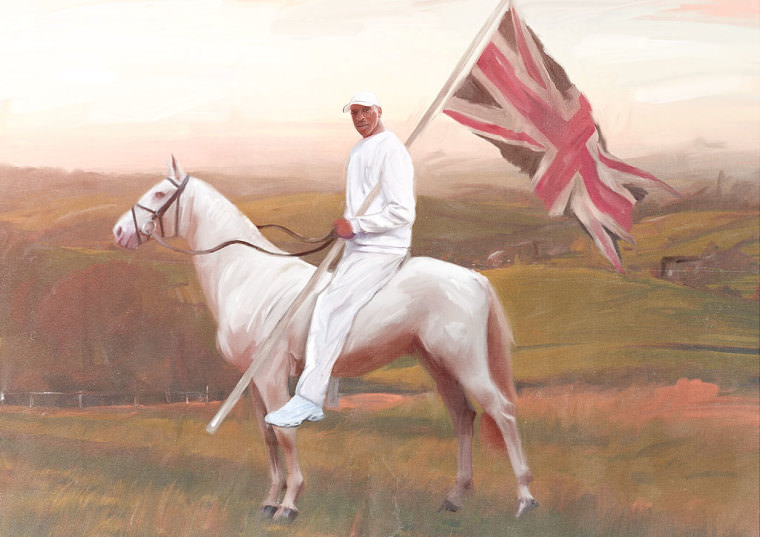 Our full and comprehensive analysis of these initial marvellous works of art can be read here. Dangoor did not stop there though, oh no. Following the wild success and raging popularity of his original three portraits amongst everyone from grime fans to art historians and critics, he decided he’d gift us all with another couple. Have a geez: 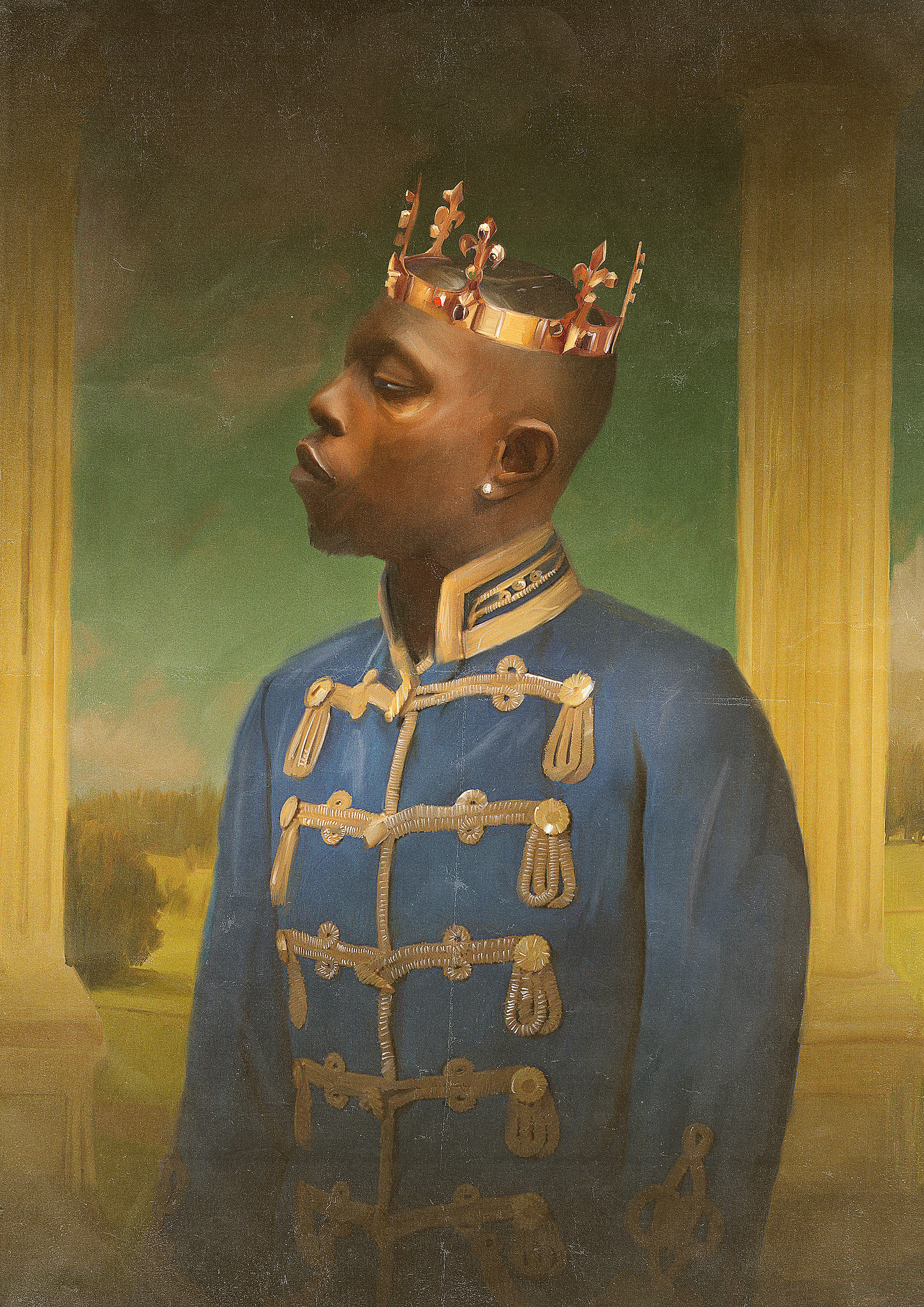 Here we have His Royal Highness Dizzee Rascal. As is clearly evidenced by his regal overcoat, his jewel-encrusted crown and the upwardly direction his nose is pointing in (somewhere between North and outer space), Dizzee, Prince of Cambridge has blood bluer than that Michael Johnson song.

Snooty you say? Bah! The reason Prince Dizzee doesn’t deign to look at you is because his position trying to maintain the influence of the monarchy and manage their affairs while under constant public scrutiny is something a lowly peasant such as yourself wouldn’t ever be able to fathom. You don’t deserve the privilege of his eyeballs, not even one of them. Your unwashed state has also forced his olfactory glands to barricade themselves shut and you’d better be hasty with whatever it is you’re here for, there are foxes out there that need hunting and an afternoon spot of croquet to attend to and there’s no time to waste. 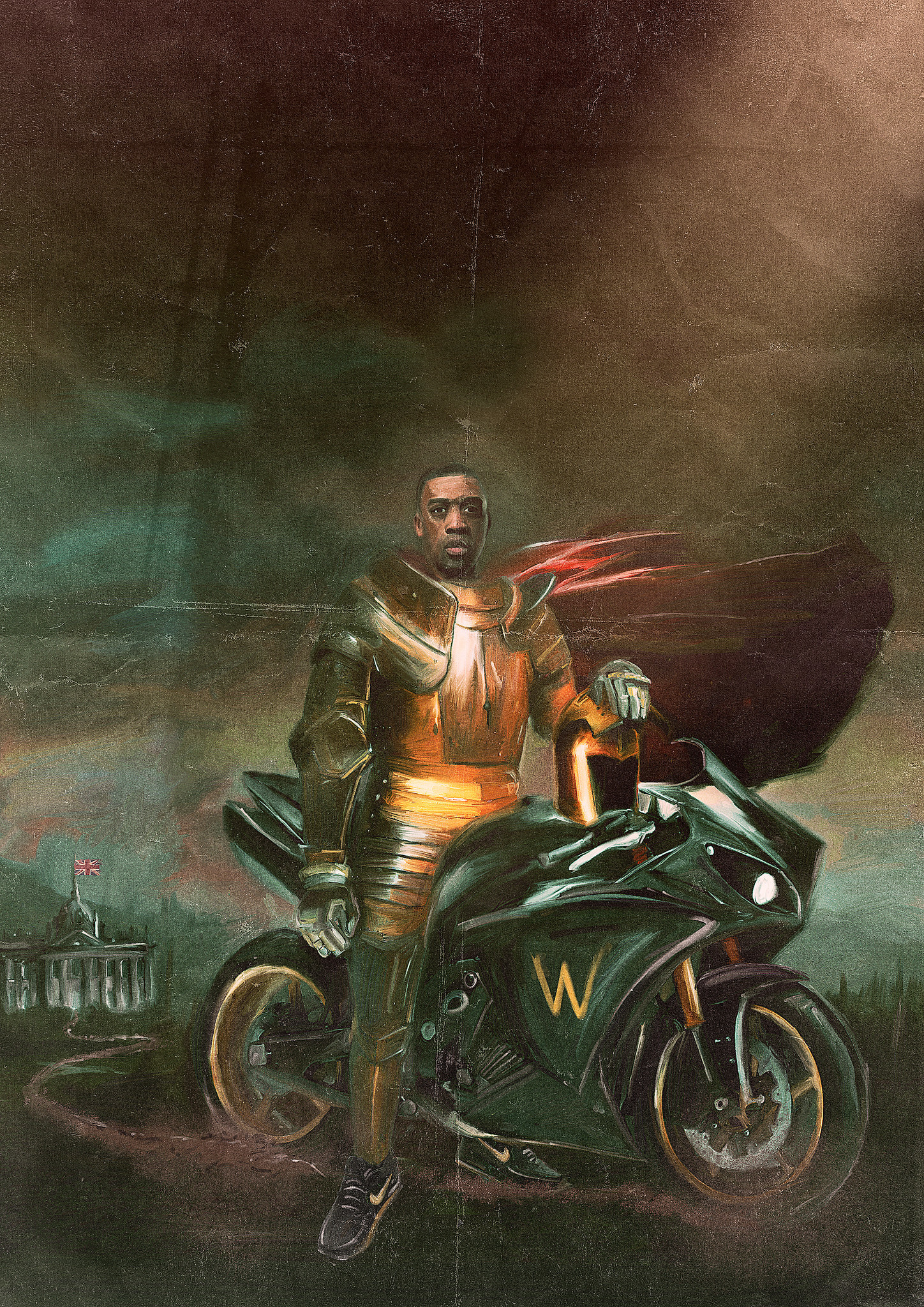 And we also have Sir Wiley of Bow. While Sir Skepta of Tottenham prefers the natural feel of a stallion, Sir Wiley has opted for horsepower of a different kind with modern flair and engineering, the cruel, cold steel of a motorcycle. As you can see, he is on his way on a long and lonely journey through the thickets of rural Britain, naught to protect him but his armour and his Air Max’s, the sky black with fury around him, the piercing wind whistling through his cape behind him. An expression of resolute determination on his face. 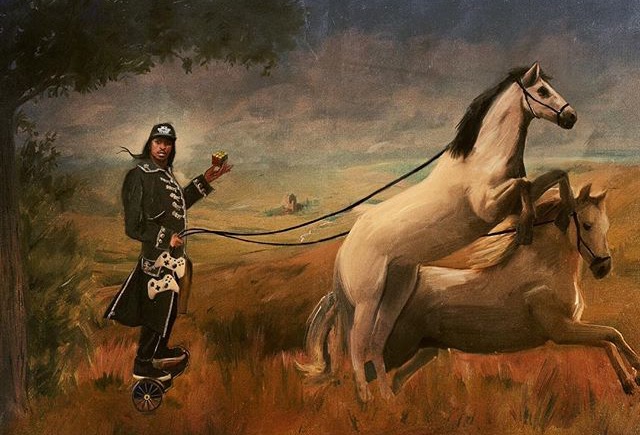 Last but certainly not least is Duke JME, who has somehow found the cheat codes to life and is just flaunting them like he doesn’t give a fuck. Not only has he harnessed the power of no less than two almighty steeds using only a pair of Xbox controllers and your standard issue hoverboard, he’s also holding a completed Rubiks cube in one hand, looking at you with utter incredulity that you don’t believe any of it.

That he hasn’t been sent to the Tower for dabbling in such blatant sorcery is a small miracle, although how can you catch a man with such little regard for the laws of nature? I can’t be sure but I feel as though this portrait was captured mere moments before JME made that Rubiks cube disappear into thin air with a snap of his fingers, started his two horses with just a gentle flick of the wrist and a Y button, and shot off into the English sunset, flipping everyone the bird behind him.

I’m absolutely thunderstruck over how outrageously good this is. This is motherfucking art!

And it’s such motherfucking art that it’s now going to be exhibited in no less than the Tate Britain. Considering Dangoor originally set out to have grime, a genre that has been far from the mainstream for so long, brought a little more into the public consciousness with these portraits, having them now put on display in one of the most prestigious galleries in Britain has got to be perhaps the ultimate triumph and a true realisation of his vision.

Aside from being outstanding artistically, these portraits also transcend race, class and culture entirely. They absolutely should be on exhibition everywhere. We are thoroughly looking forward to any and all future work from Mr. Dangoor after absolutely smashing it out of the park with these.

Unfortunately the showing already took place, but we can only hope those who witnessed it truly enjoyed every moment. The exhibition showed as part of the Late At The Tate Britain series, an after-hours program filled with music, workshops, live performances and more. Alongside the grime portraits, treat your senses to pirate radio parodists Kurrupt FM, and according to Time Out, “a display of rare and exclusive trainers.”