The Victoria’s Secret Fashion Show is good for a few things. Destroying a woman’s self esteem, providing a brief burst of motivation to eat right and exercise (emphasis on brief), and finding humour in watching the selected artists dodge overzealous angel wings and try not to stare at the model’s asses (both of which Ariana Grande and Justin Bieber were terrible at doing). This year saw Selena Gomez, The Weeknd and Ellie Goulding take the runway- in what could possibly be one of the show’s most successful years, musically.

Both Goulding and The Weeknd performed two songs (Army/Love Me Like You Do, and In The Night/Can’t Feel My Face, respectively), but it was Selena Gomez’ performance that stirred the most after-show commotion. The singer performed a medley of her hits Hands To Myself and My Girls on the runway, where both her outfit and vocal skills were impeccably on point. So on point, however, that VS fans took to Instagram to vent their frustration over what they perceived was a lip-synced performance. 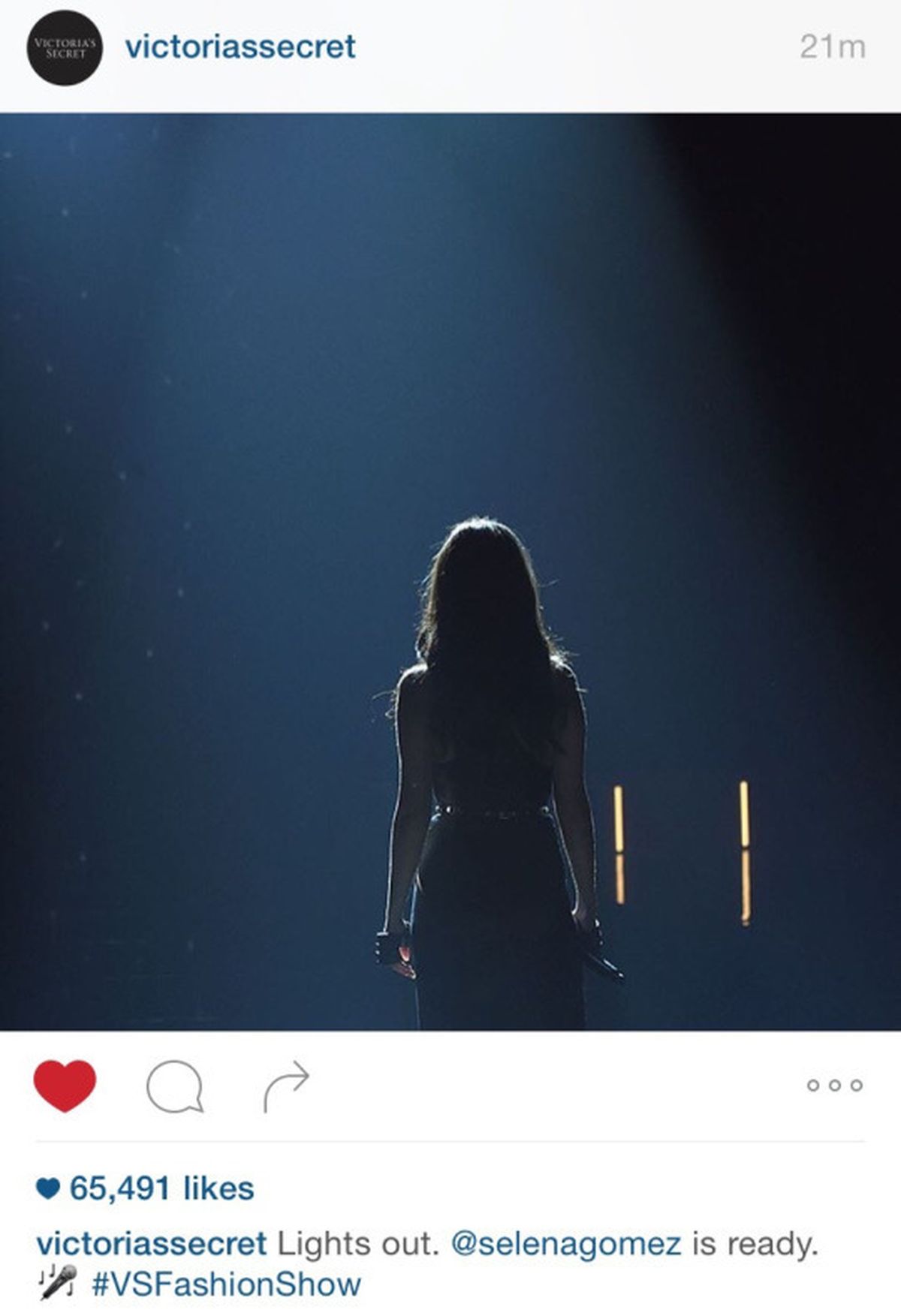 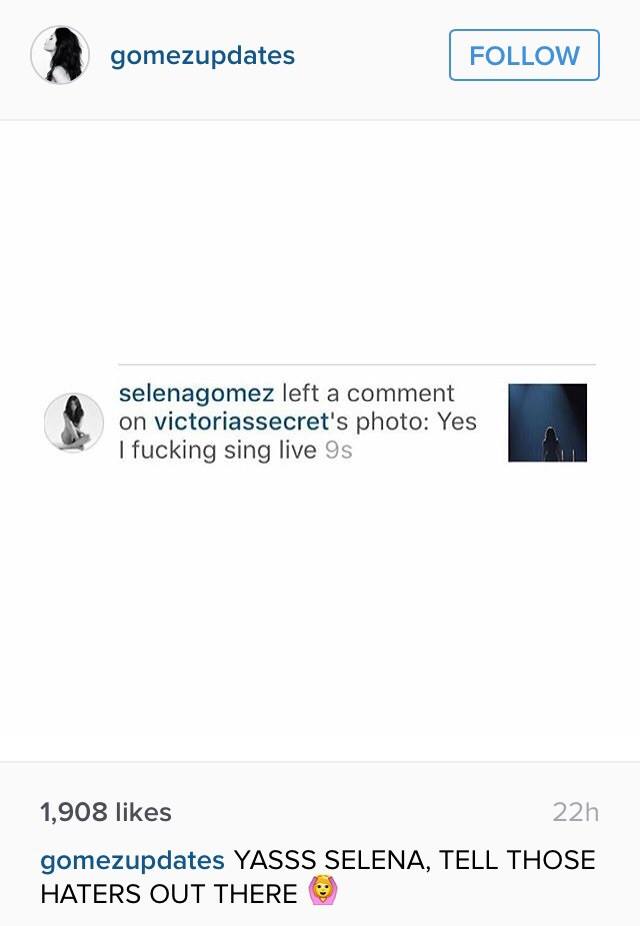 Past fashion shows have seen all performers sing live, and Gomez’ performance- while remarkably spot on- doesn’t sound any different. Perhaps it would have been better if she did lip sync though, there would be less to envy.

Check out the performance below, and try not to cry: