An event held this week to celebrate Ground Control Touring’s 15th birthday seems to have ended up as one of the most jealous making jam sessions we can imagine. The showcase at New York’s Webster Hall promised live sets from Kurt Vile, Porches, Frankie Cosmos, Speedy Ortiz and others across the venue’s three stages. But surprise covers and collaborations took the evening somewhere really special.

Inviting Sonic Youth’s Kim Gordon onto the stage during his set, Kurt Vile treated the audience to a cover of the Velvet Underground’s Sister Ray, also joined by Steve Gunn. If the expected set from Vile following this year’s release believe I’m goin’ down… wasn’t enough, then the fuzzed out, epic performance from himself and Gordon felt like history in the making. Vile also took to the stage with Woods for a rendition of Bob Dylan’s Knockin’ on Heaven’s Door, after Woods’ multi-instrumentalist Jarvis Taveniere took his part in the Velvet Underground cover. 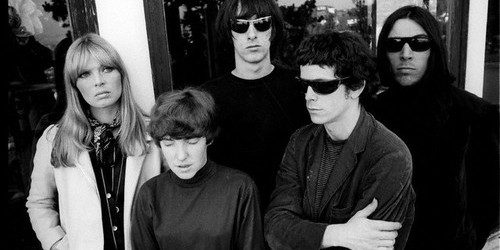 Parquet Courts’ Andrew Savage also joined Woods to cover Neil Young’s Powderfinger,  who in turn were joined by also member of Sonic Youth, Lee Ranaldo, on Mote. In what would have been a pant-wetting progression, the list continues with Waxahatchee joining forces with Superchunk’s Mac MacCaughan and the Clean’s Hamish Kilgour, and Perfect Pussy’s Meredith Graves joining Rainer Maria. Watch the videos of Kurt Vile’s performance of Sister Ray and Knockin’ on Heaven’s Door below.