He may be up for a staggering 11 Grammy nominations, but Kendrick Lamar now has another accolade that’s somewhat closer to home; Grand Marshal of the 63rd annual Compton Christmas Parade.

Along with rapper YG, K-dot rode through the streets of his hometown, after the pair had been invited by Mayor Aja Brown.

“I want ya’ll to enjoy yourselves and keep on pushing you know like we do like none other,” K. Dot says. “Compton. Number one. Remember that.”

An amazing way to end what may have been the most important year of his life, it’s not his only non-musical award, either; earlier this year he was gifted with the honoured title of Generational Icon by the State of California. Of course, this follows on from his extensive work towards pushing education in underprivileged communities, school scholarships and more.

Kendrick and his fiance sat in the backseat as they drove though the streets, and he addressed his fellow Compton natives. “I want ya’ll to enjoy yourselves and keep on pushing you know like we do like none other. Compton. Number One. Remember That.”

Kendrick Lamar will be visiting Australia in 2016 to headline Bluesfest, and a string of stadium headline shows. Full details right here.

Check out a couple more shots of the Grand Marshal in action, courtesy of TMZ. 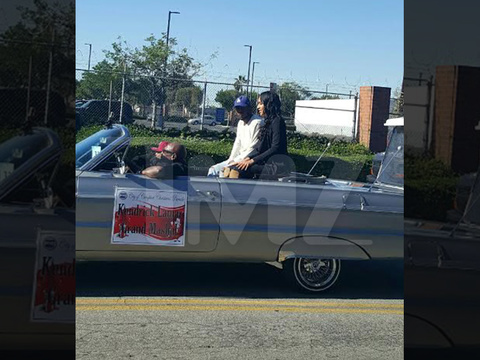 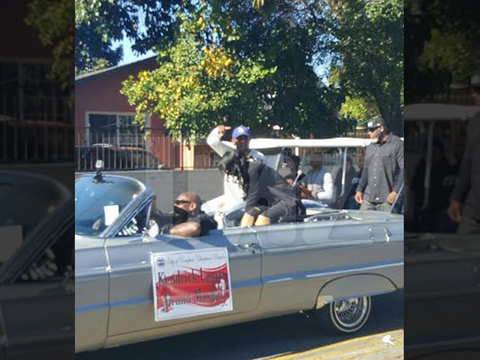 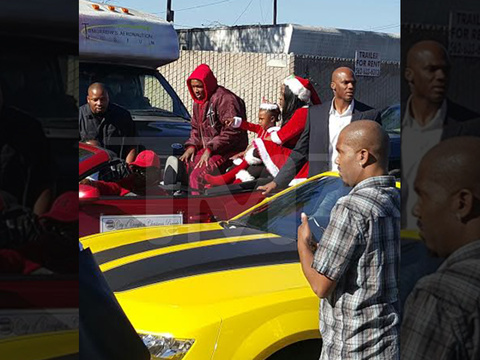 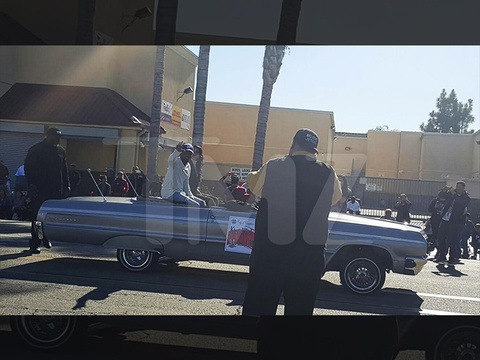 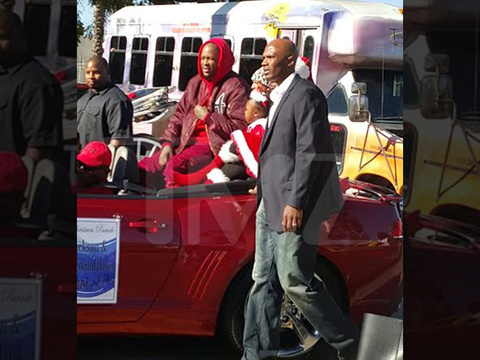