“And I’ll never let my son have an ego, he’ll be nice to everyone wherever we go.” So said Kanye West in 2011 on New Day, the open letter that served as an apology for his alienating public behaviour, and a prayer for his unborn son. Those words are ringing a little hollow on the 8th of December 2015, when Kanye and wife Kim announced the name of their first son – “Saint.” Merriam-Webster defines “saint” as “one officially recognised especially through canonisation or preeminent for holiness.” Mother Teresa – who committed her life to the service of the poor and who narrowly achieved beatification in 2002 due to the official recognition of her healing of an abdominal tumor in Calcultta – has yet to achieve official sainthood. Ego may be something little Saint West may sadly struggle with for his entire life. 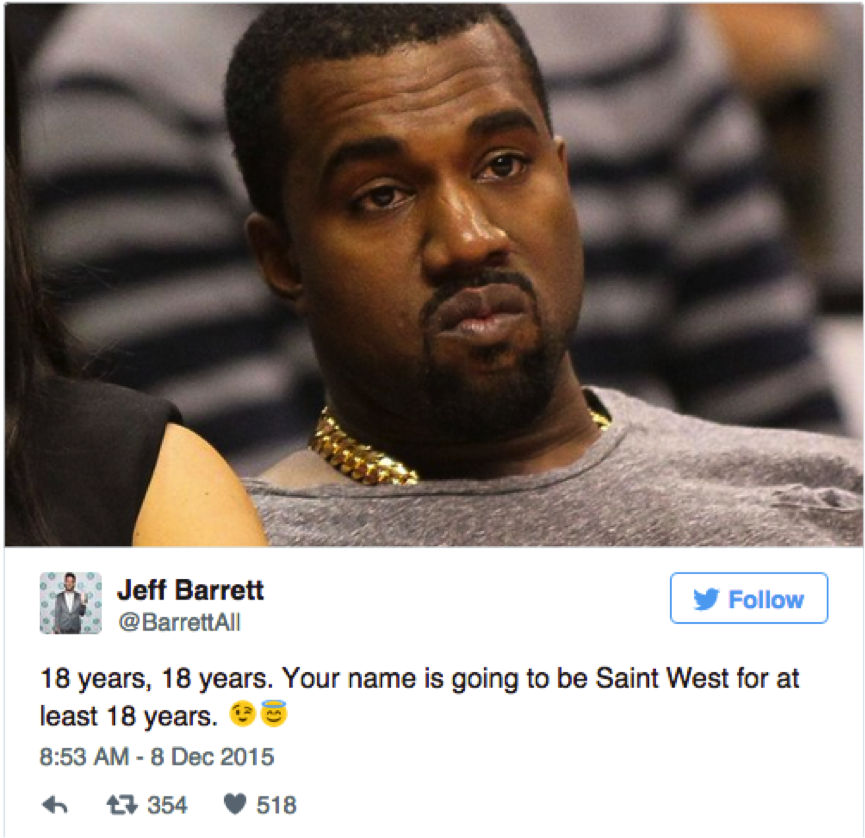 The name continues a proud Kanye West tradition of appropriating Christian symbols. People were fairly pissed when Kanye appeared as Mel Gibson-Passion-era Christ on the cover of Rolling Stone, complete with thicket crown and dry crusty blood. People were fairly pissed when Kanye named his sixth studio album Yeezus, a not-so-subtle invitation to compare him to a prominent religious figure. People were just kind of perplexed when he invited “White Jesus” (his words, not mine) on stage to bless him during his Yeezus tour. No doubt someone will have some kind of gripe with Kanye’s use of the name “Saint” as well. However, Kim’s Ray J video proves this was no virgin birth. 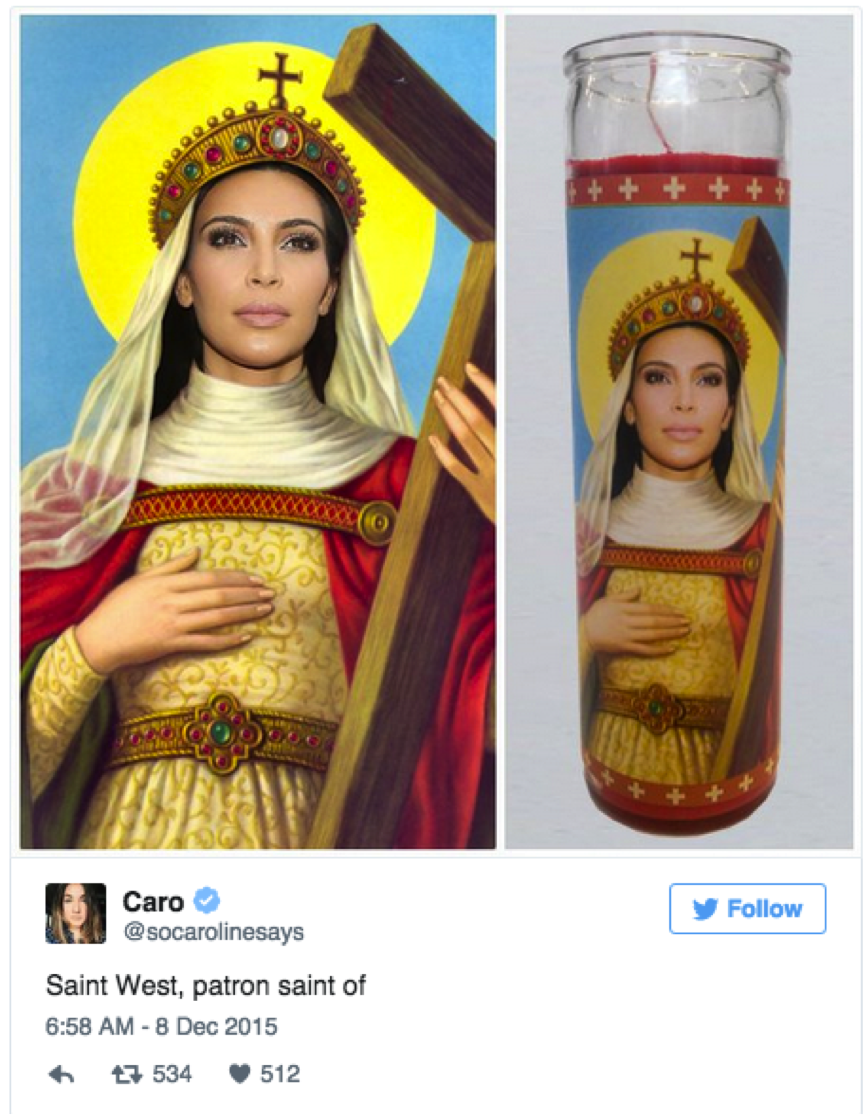 Early reports tipped that the West heir would be given the name “Robert,” in honour of Kim’s late father, the brilliant attorney and businessman Robert Kardashian. Instead they opted for a name only marginally less stupid than the name of their first-born. Robert Snr is free to keep rolling in his grave.

Some people are surprised that the West family did not continue the “direction” theme, with names South and Easton West as big frontrunners. Kim Kardashian West dismissed the idea of a second direction theme name as ridiculous. “I think it’s so stupid, I don’t like South West, North will always be better,” she said in a June interview. Clearly two direction names is overkill. Lucky Kim opted for the much more tasteful option of ‘Saint’ instead.

Fortunately for the new baby, as a name “Saint West” is konservative when kompared to the komplete Kardahsian klan. In a family that boasts a Kourteney, a Khloe, a Kendell, and even more upsettingly, a baby Reign Aston Disick – at the very least poor Saint won’t be getting any funny looks.

At the end of the day, maybe it’s for the best that Kanye hasn’t lived up to the parenting goals he proposed in New Day, this line is even more ominous in 2015 than it was in 2011 – “I might even make him be Republican, so everybody know he love white people.”