The Grammy Award selection panel are cool. They’re not in squaresville. They’re hip. They pin-roll their jeans, slick their hair back with pomade, and keep a single unlit menthol behind their left ear. That’s why it’s not surprising that they went and did something totally neat and super radical at this year’s nominations. They nominated a “disrespectful audio track” by a hippity-hop rapper named Aubrey Graham (colloquially known as “DRAKE”) in the category of ‘Best Rap Performance.’

The Grammys have always had an uneasy relationship with hip-hop. In 1989 when the award was first launched, the Grammys overlooked true legends like KRS-One and Big Daddy Kane in favour of the vanilla combination of Will Smith and Jazzy Jeff. In 2014 many people felt that the Grammys lacked any critical insight into the genre. The fact that they chose Macklemore over Kendrick Lamar in the category of ‘Best Rap Album’ suggested that they couldn’t appreciate nuances in the genre, or discern between varying levels of art and skill. But that was last year and the Grammys have realised how uncool they were being. And just like Olivia Newton-John in the final act of Grease, in just one year the Grammys have transformed from “geek” to “fleek.”

Not in touch with the youth of today? Not familiar with the groundbreaking work of Kendrick Lamar? Well then why did the Grammys go ahead and just casually nominate Lamar in 11 categories? Because nothing says cool like reacting to criticism by performing miraculous back flips. No no no. The Grammys in 2015 love Kendrick Lamar. He’s the coolest. He transgressed genre and style. Not only has he been nominated for his own tracks, but as a featured guest on tracks by Flying Lotus and Taylor Swift.

But it doesn’t stop there! The Grammys in 2015 are “phresh.” It’s not just about nominating Kendrick Lamar for every award he could conceivably win. They’re also down with some other “ill” rappers. Fetty Wap, that guy with the song about the Queen in the trap. Kanye West as well. He’s a good one. But no doubt the coolest, most totally sweet thing the Grammys did to show the world that they truly understood and appreciated hip-hop culture was to nominate Drake’s Back to Back – a diss track.

Historically, something like a diss track would be very unlikely to earn Grammy recognition. This is for a number of reasons. Firstly, diss tracks are generally not composed with radio play in mind. They are often simpler and slower. They generally lack those elements that typically make rap more accessible, like a melodic hook or a dance rhythm. Simpler still, they are often un-mastered, raw cuts. Cobbled together quickly to respond to an insult, diss tracks generally don’t have the same level of production quality as something made specifically for a studio album. Diss tracks are also typically more extreme then even your standard rap track. This is because the violence they talk about is aimed at real, living people. It’s difficult for an institution like the Grammy’s to endorse the message in Hit ‘Em Up, which advocates literally murdering Christopher Wallace and everybody who associates with him.

But in reality, the Grammys have achieved nothing of the sort. They just look even more clueless and even more desperate to appear edgy. Much like my uncle who decided to give frosted tips a crack at the humble age of 43 – they’re just embarrassing themselves. 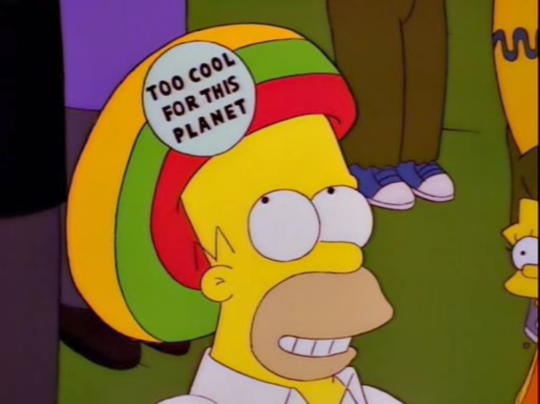 Whatever your feelings about Drake, there’s no doubt that Back to Back is already one of the most iconic diss tracks of all time. It has some of the most quotable one-liners ever recorded, and they’ve spawned a litany of memes. Drake cleverly pokes fun at himself – turning his biggest weaknesses into strengths. Back to Back is the first truly important diss track in the age of the “singing rapper,” and as such it is inherently going to have more potential for club play. Drake’s nasal crooning has the potential to transform a No Vaseline into a Runaway. It peaked at 21 on the Billboard Hot 100 and sold more than 253,000 copies in the US. Yet despite these redeeming features, Back to Back is still nothing more than a laptop diss track posted direct to Soundcloud. At the end of the day this is not Runaway and it could never be. If for no other reason, the recording quality is very poor. This isn’t the product of painstaking effort and artistic output. It’s been recorded in a hotel room on a whim, with Drake clearly starting with the “world tour” line and working backwards. To reward this kind of laziness actually shows a lack of respect for the artistry. To suggest something recorded by pressing your mouth really close to your MacBookPro is as good as the live jazz band used on Chance the Rapper’s Angels is absurd. It shows that all rap music sounds the same to the Grammy selection panel. Provided it has some kind of social media impact – the Grammys will pick it, and try desperately to remain relevant within the fluid environment that is hip-hop today.