As the festival season continues, so do the questions around the concerns about drug use at these events. We’ve already looked at what the issue looks like once you arrive at the festival site, but what is the story before you even reach that stage? Before young people even arrive at situations where they need to make choices about drug use?

Calls for a more open conversation around drugs are increasing, with the aim of minimising harm wherever possible. We spoke to a former drugs educator in Victoria (with recent experience) about what messaging is taught around this subject, and how the very real subject of drug use is addressed. She has requested to remain anonymous.

Is “Just Say No” The Right Approach?

The so-called “Just Say No’ campaign is one that is nearly global, with many countries employing their own close versions. And while you could take the stance that the slogan encourages individual choice and the bravery not to bow to peer pressure – if that is in fact the case – this shut down statement does little in the way of opening up a conversation around drug use. “Just Say No” doesn’t work,” she says. “With plenty of research to support this conclusion, it is not something we advocate as good practice in educating young people about drugs, or sex for that matter.”

With that in mind, we asked what approach the education system takes to drug use. In contrast to zero tolerance laws, it seems that prescribed methods advocate a more realistic approach.

“The government policy in regard to educating young people in this area is most definitely via a Harm Minimisation approach. We work within the framework that Australian society is a drug using environment, be it prescription drugs, Caffeine, Nicotine, Alcohol etc . On a day to day basis our your people are exposed to drug use, either their own or people around them. We try to use a range of interactive lessons and activities to do these three things: to provide information, to normalise non drug use, to develop skills in the areas of problem solving recognising problematic situations and help seeking.” 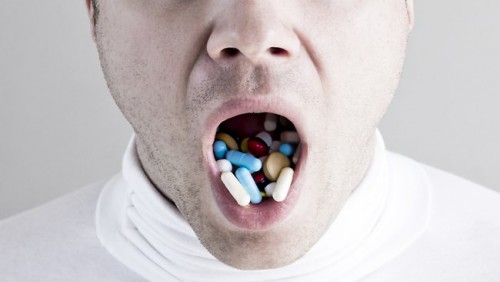 Can We Normalise NOT Using Drugs At Festivals?

The question of normalising not using drugs is an important one. With alcohol as pretty much completely normalised, and legal, within our culture, the concept of a non-drinker is quite often surprising. I should know, I’ve been a teetotaller my whole life and have become an expert in fielding the stunned enquiries that follow this revelation. Ranging from interest to respect, and sometimes shock or genuine derision, no one ever really grows out of the scope of peer pressure. Just as it an accepted norm to go out for a drink on a Friday night, the idea of taking drugs at a music festival could be perceived as beginning to have the same correlation.

Speaking to friends about their own use of drugs at these events, many of them remark on the sense of occasion, of wanting to have a good time, or to increase stamina at long events. But a number of them also used the phrase, “that’s what you do at festivals”. From this, admittedly limited, pool, it does look like festivals are fast becoming a prime occasion for drug use, and also that there is an expectation, an association, which maybe could be challenged?

She also stressed the importance of discussing the benefits of medication as well as the harms of drug use with young people; “If you only focus on the harms you don’t get a proper exploration and investigation. Then the students are at greater risk of harm.” After looking at policing around drugs at festivals, I was interested to know whether the legal penalties surrounding illicit drugs were discussed through government prescribed education. And I was equally interested to hear that this isn’t always included.

“We would like schools to include this in their Drug Education Curriculum (some do some don’t) and there are ways to support this. We have often run community ed sessions where police, or a local legal service, will participate and provide the most relevant and up to date information on these issues. Sometime there is student driven project activity gathering this information to feedback to their classmates. We try to make all drug ed work interactive.”

When asked what the most common questions were from students around drug use, our source replied that, “Policy in regards to discipline in response to a drug related incident” came up most often these days. Interestingly this was also the common question amongst those we spoke to who were stopped and searched at festivals. Surely there should be a better correlation between education and the laws in place around a subject? Looking at the world realistically, we know that laws are often ignored, but theoretically the ideal would be that those laws are upheld by a community. And how are young people meant to make those decisions if they aren’t informed as to what those laws are? 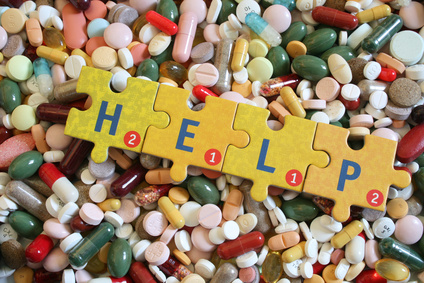 Much like organisations like the Red Cross, education also emphasises that seeking help is of more importance than worrying about those penalties. Urging young people not to hesitate to reach out if they are in distress, or to call an ambulance for a friend who might be. As you would expect, educators often discuss certain situations where drugs might be expected to be present. And while music festivals are not necessarily listed within a curriculum, our source confirmed that the correlation between music and drugs often comes up in conversation.

What Can We Learn From Drug Education Throughout History?

In the 1960s and 1970s, it was thought that to educate people about drug use was tantamount to encouragement. The less people knew about something, the less likely they were to abuse it. Though evidence now proves that abstinence based education often has the reverse effect. In researching more recent methodology in Australia, the information available made for interesting reading. Beginning with the 80’s and a continued lean towards abstinence-lead education programmes, which took a zero tolerance approach, education also incorporated the “social influence” factor. Defined as follows:

The approach is based on the belief that young people begin to smoke, drink and use other drugs, because of social pressures to do so from a variety of sources, such as the mass media, their peers and even the image they have of themselves. In order to successfully resist the adoption of undesirable behaviour young people need to be inoculated by prior exposure to counter arguments and the opportunity to practise the desired coping behaviour.

Sound familiar? This was taken from a report published in 2000, A critical review and analysis: Cannabis education in schools by the National Drug Research Institute, prepared for the NSW Department of Education. In it, a historical approach to drugs education was outlined, up to and including the most recent developments at the time. Touching on education around other illicit drugs as well as cannabis, the report supports an approach that focuses on harm reduction through many of the same methods in use today. 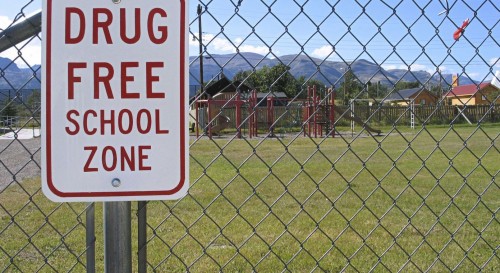 Recommending interactive teaching and programs including knowledge, attitudes about drug use, drug refusal skills and intrapersonal skills, based on the evidence they found. One drug in particular has fallen in use after this kind of teaching was put into practice, and that is tobacco. A fact that was also confirmed by our source; “There have been far fewer young people taking up smoking and we don’t have anywhere near the number of kids smoking at school.”

Another of the key points that stands out in the paper is also that, historically, “poorly conceptualised programs can actually do harm.” Citing cases of popular but ineffective programs, these consumed resources without actually helping – and in some cases they actually contributed to the problem. Even as far back as the year 2000, evidence was pointing towards a need for education that was effective, rather than idealistic.

Though this is just one source, and relating to education in just one state, reading through this document from fifteen years ago, I started to wonder whether that evidence was truly accepted and listened to by government. And on reaching the summary of their conclusions, I’m struck by how the authors describe the same problems that we face today, echoing the same calls for a realistic look at drugs use that are still going unheard today.

“There is good evidence as to what works best in drug education but this is unlikely to be enough in itself to sustain the coherent development of such programs. The greatest potential barrier to good drug education remains the same; decision makers selecting drug education programs on the basis of what they would like to see happen rather than on the evidence of what can realistically be achieved. Ultimately this is self-defeating because the whole approach is discredited when the program is shown to be ineffective. In undertaking any new cannabis or other illicit drug education programs there needs to be a commitment to developing approaches that draw on the research evidence as to what is most likely to be effective in the Australian context. The process should not end there. The selected program or programs should be evaluated and ineffective approaches changed or replaced. Finally, backing for new approaches should be voiced at senior government levels and marketed to the community. Schools and teachers must feel supported in undertaking interventions which may not satisfy the Utopian desire to ‘drug proof’ young people but which are needed to keep young people safer in a world where drug use is a fact of life.”