It’s hard to believe that in the same year of Shia LaBeouf’s ‘Just Do It’ speech, there is already a new contender for ‘Best Unintentionally Funny Motivational Speech by a Minor Celebrity.’ Enter DJ Khaled. For those of you who are unfamiliar with his work, DJ Khaled is that guy who screams “DJ KHALED” at the start of songs. He also has plays a role in the songs production.

As head of music label ‘We the Best,’ DJ Khaled has always been implicitly involved in preaching a message of self-belief. But it wasn’t until the promotional tour of his album Sick with Success that DJ Khaled asserted himself as the hip-hop world’s answer to Tony Robbins. Launching a social media blitz, DJ Khaled flooded Snapchat with inspirational quotes and tangible tips for success. It was also a very clever piece of marketing – DJ Khaled embraced his own ridiculousness and transitioned from being laughed at to laughing with.

Khaled’s strategy for success has always hinged on cleanliness. How can you be expect to have dominion over the earth, when you can’t don’t have dominion over your own gums and teeth? Dental hygiene is paramount. If you don’t begin your day glugging Listerine straight from the bottle in front of your gold gilded full-size mirror, how can you expect to be taken seriously? 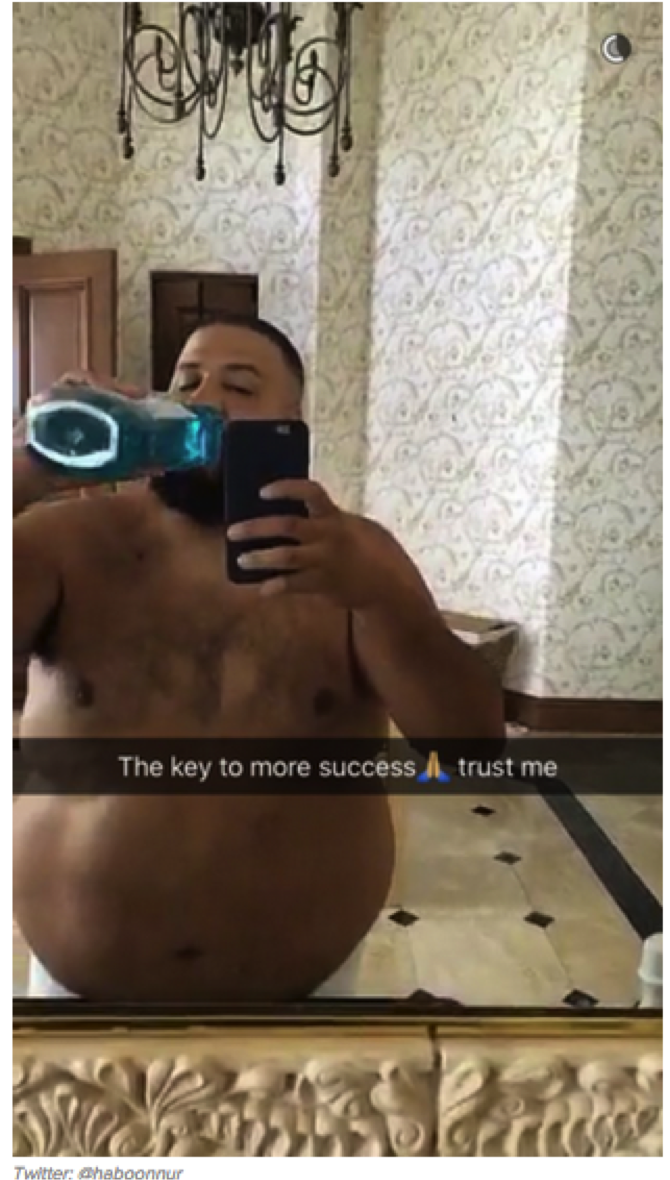 Scratch that. Cleanliness in general is paramount. 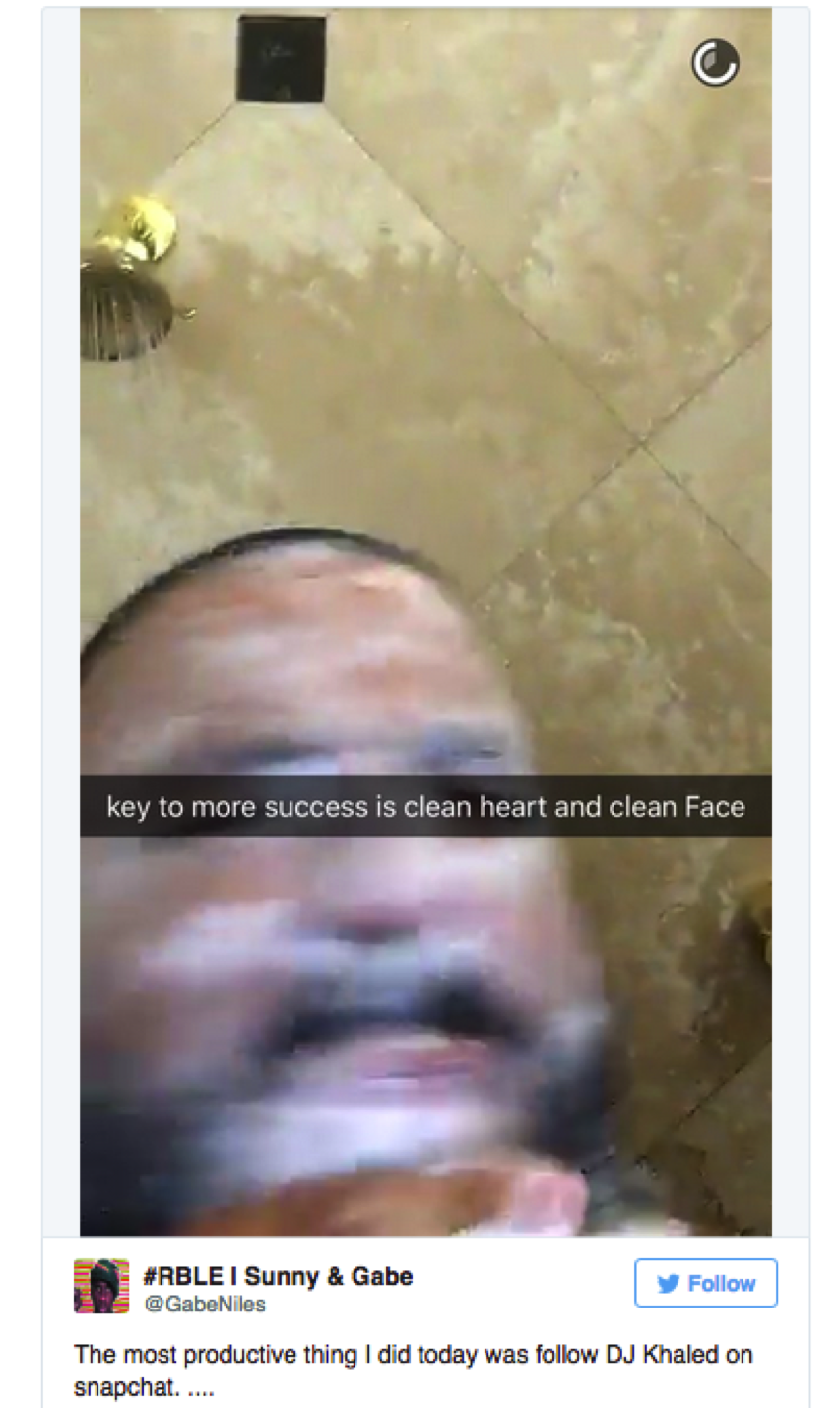 All successful entrepreneurs will tell you that maintaining a clear working space is essential for productivity. A cluttered desk is a roadblock to clear thinking. Take this analogy one step further, and it’s also important to have a tidy driveway. How can you maintain an empire, when you can’t even maintain a driveway? 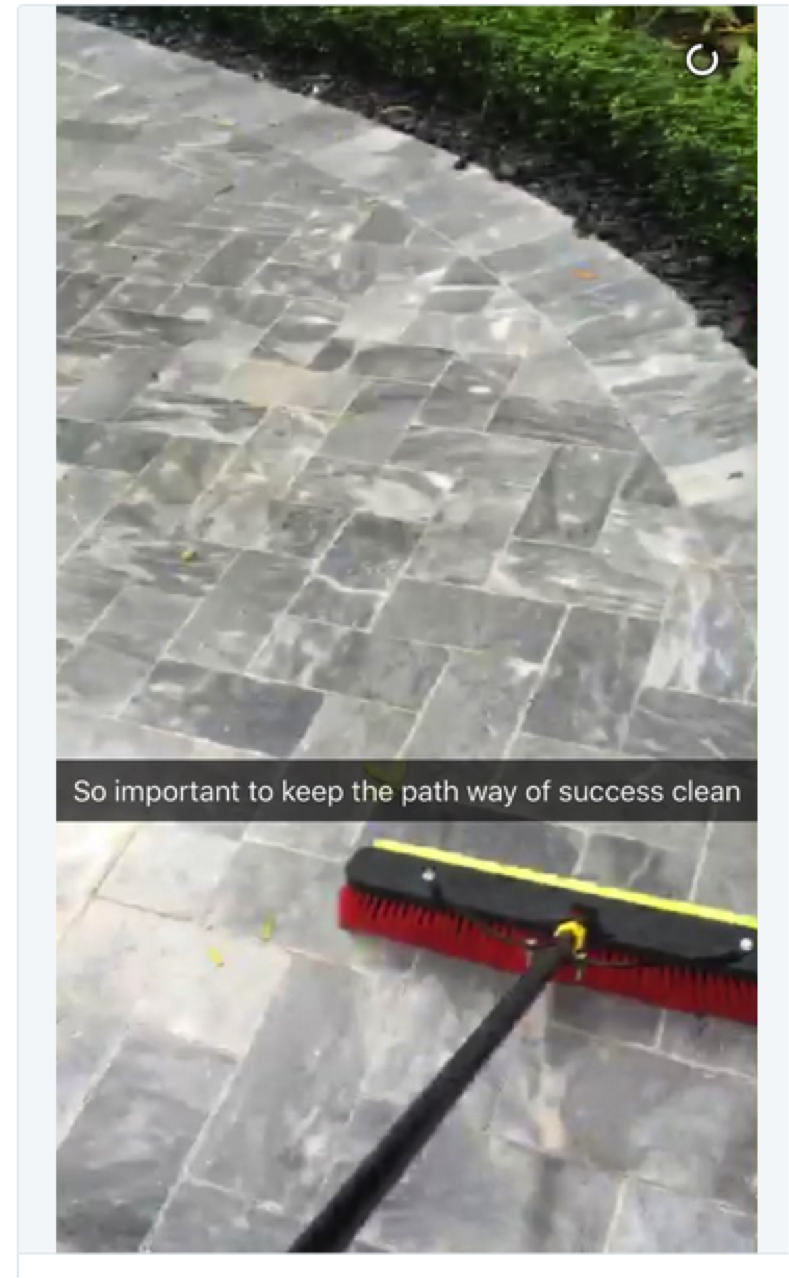 Don’t pollute your body with toxins. Maintain a natural and very basic diet. An apple a day keeps the doctor away. One rotten apple spoils the barrel. How do you like them apples? Why do you think there are so many good idioms about apples, if they weren’t meant to be eaten in large amounts and almost exclusively? 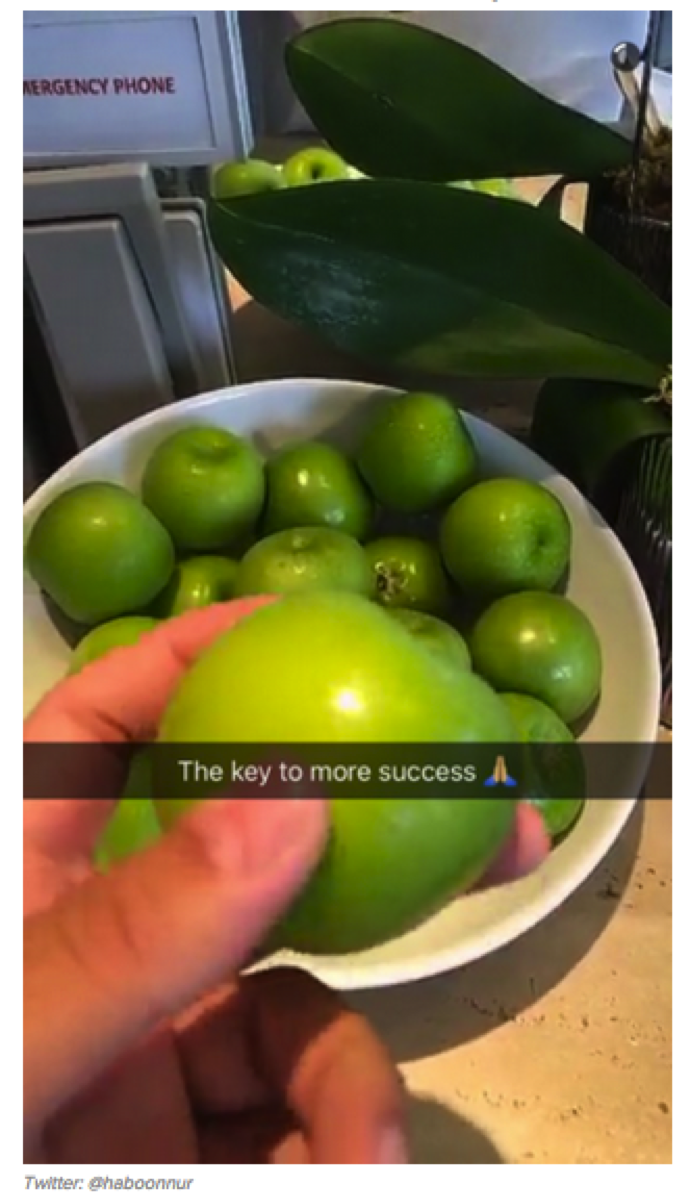 Secondly, be thankful. Your failure or success is only given at the whim of the most high. So be sure to give thanks to the dome roof of the planetarium. 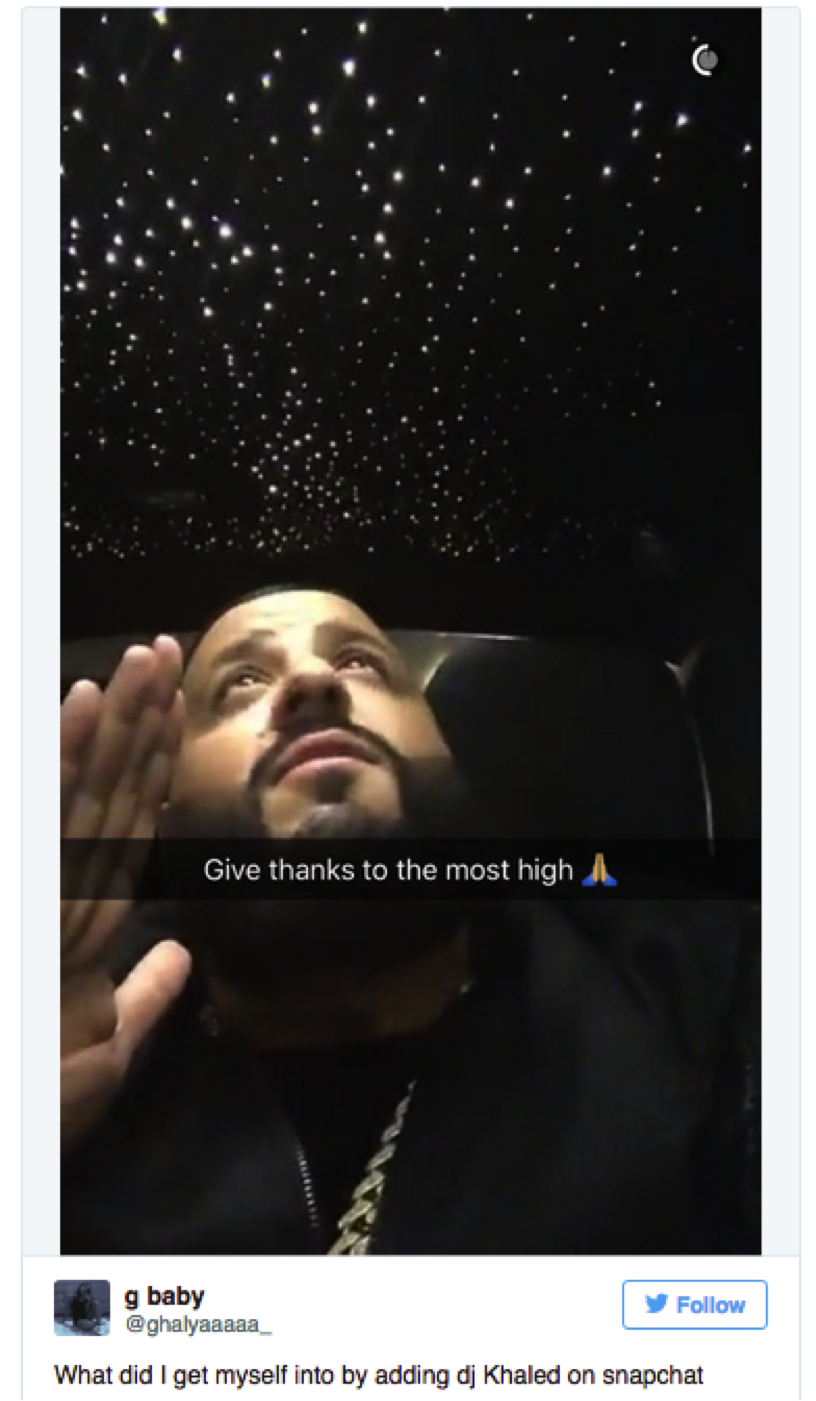 Now the good people at Music Choice have saved us all a great deal of time and assembled all of these golden Khaled-isms into one two-minute black and white video. But isn’t this just another collection of meaningless platitudes compiled into one supercut and set against uplifting piano? Yeah, sure. But have you ever had them spoken to you by a gravelly voiced 200 kilogram Palestenian hip-hop producer?

“You smart” says DJ Khaled to me. Which is a nice thing to say, and I’m thankful for the compliment. “You very smart” he reiterates. At which stage I’m just about blushing and muttering little deflections under my breath. DJ Khaled teaches the youth about some of the oldest and truest virtues: intelligence and loyalty. Whilst others in the rap game attempt to objectify women, Khaled appreciates a faithful and erudite life companion.

DJ Khaled tends to keep his self-affirmations short and punchy. “You a genius. I appreciate you” he says. But in this video he’s given a platform to free associate a little bit. He gives some more fleshed-out parables from the Book of Khaled. “Them doors that were closed, I ripped the doors off, I took the hinges off, and I put the hinges in the boys hands” he says. On the surface level it’s just a statement about good door repair, but dig a little deeper and it’s a profound statement on the need for limitless revolution. Don’t just be satisfied with knocking down the door. Literally dismantle the door and hand its component parts to your enemies.

The video is divided in to two distinct phases. 1) General Motivation and 2) Gym Motivation. Part 2 makes for an ideal workout track, in particular for high repetition activities like push-ups or sit-ups. “And another one” says Khaled, “and another one” he drones. DJ Khaled shows us that no single second of anything is unendurable. Everything is achievable if you conceive of it divided into smaller, more manageable units.

Between Shia LaBeouf and DJ Khaled I know what it takes for me to be successful in 2016. Anal-retentive neatness, a high-apple diet, and exercising with single increment repetitions. And remember. Don’t let anyone tell you can’t go swimming.