All Eyez On Me, the Tupac Shakur biopic hasn’t been having a great run, with multiple director replacements and a substantial lawsuit by one of its producers hindering the progress of the long awaited film.

Recently the film has not only found its director in, Benny Boom, but has also cast two major characters Tupac Shakur and Christopher Wallace a.k.a The Notorious B.I.G. 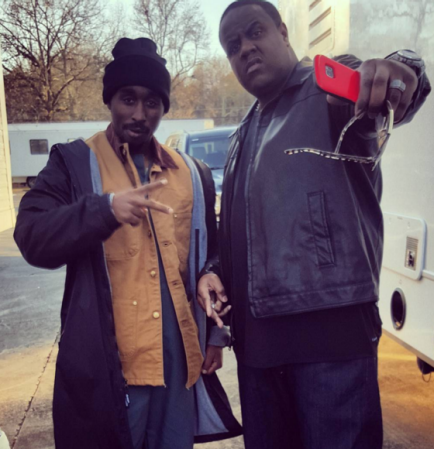 A relatively unknown actor, Demetrius Shipp Jr. will be portraying Tupac, while Jamal Woolard will once again pick up the mantle by reprising his role as Biggie, which he previously absolutely killed in the surprisingly solid film, Notorious.

All Eyez on Me has been in the works for some time, which is usually not a great sign for any film. However, it is not surprising that with this year’s hit, Straight Outta Compton making all the money, that the solid gold cogs of the movie industry have taken notice and begun to slowly turn.

There are actually three Tupac’s coming soon to a theatre near you, with the aforementioned Tupac from All Eyez On Me, a separate one from the upcoming non-sequel sequel to Straight Outta Compton titled DPG 4 Life, and one more in another possible film, Compton.

Regardless of your personal feelings regarding the upcoming biopic, we can all surely agree that it will be facing some tight competition with the unauthorised Chinese Tupac biopic, Until The End of Time , set to be released next year. It will truly be an epic battle to see which film captures the true essence of the great, Tupac Shakur.